As we drove back into Mountain Harbor on Thursday afternoon, our bright blue skies were hazy with smoke. 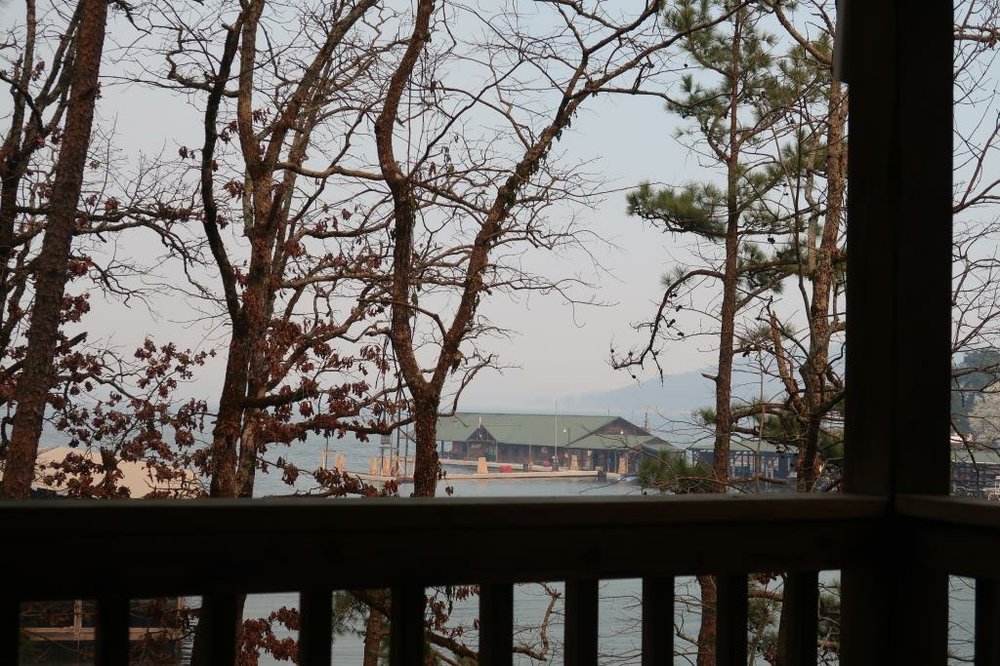 We were told the government was burning some areas on the other side of the lake and the smoke really cut off the sun. It also dropped the temperatures a bit, and brought the birds out in large numbers. 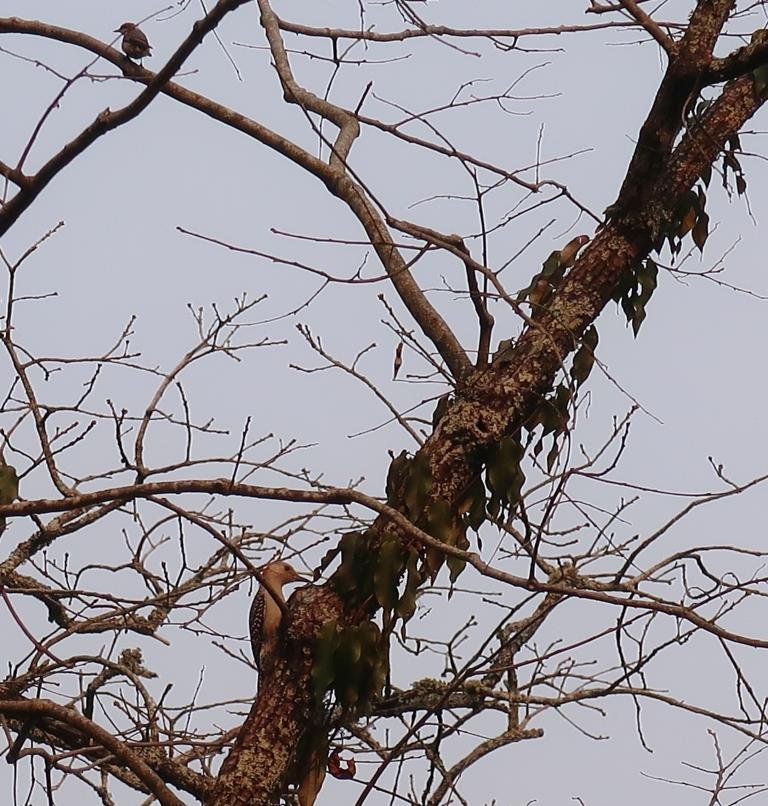 We had to start our dinner preparations a bit earlier than the day before because beef bourguignon takes 2 1/2 to 3 hours to braise in the oven. 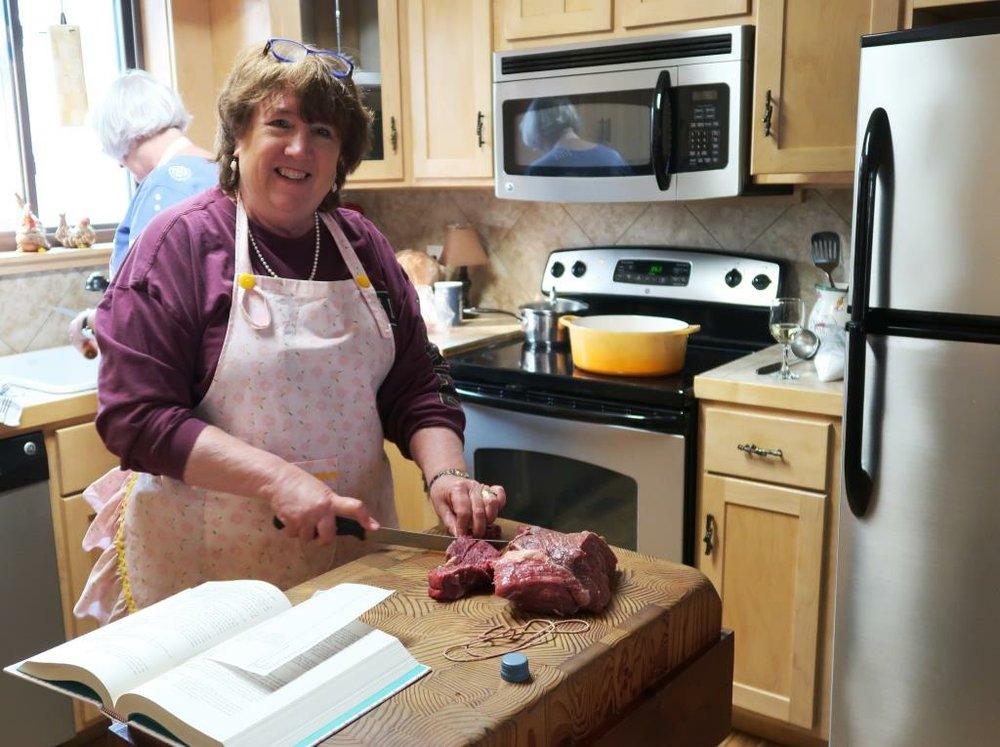 We had a new kitchen in our upgraded cottage on the lake. Since all of us are cooks, we have extremely well-equipped kitchens at home, and I have more gadgets and tools than imaginable. So for us, a well-stocked kitchen means something totally different than it does to someone who is coming to spend some time fishing or skiing at the lake, but we managed. I forgot to bring my own knives and what we had were dull, but worked. It gave us a workout getting our food prepped. 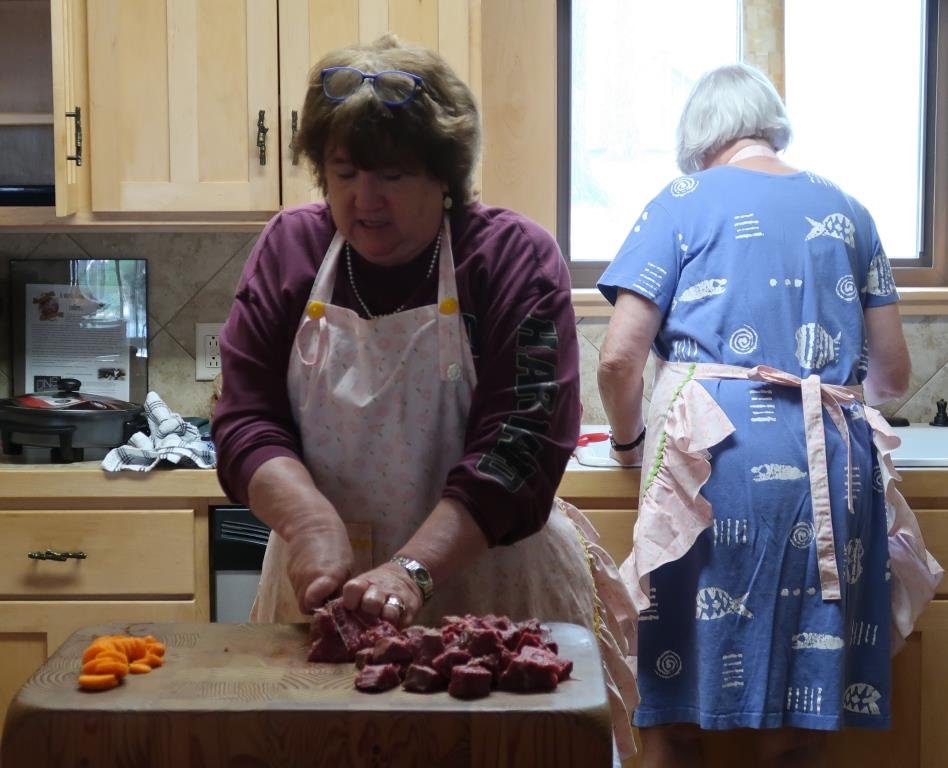 We all have gas stoves at home and this unit had a solid surface electric cooktop, so we improvised, as Julia would have done. 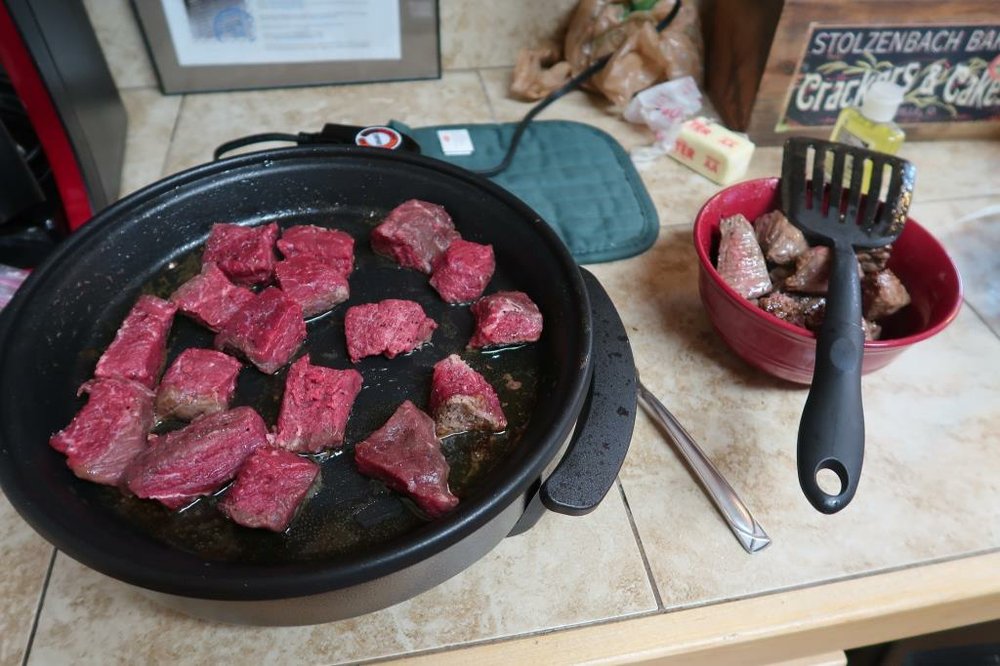 We got the beef cut into cubes, browned the lardons, then the meat and then the vegetables. 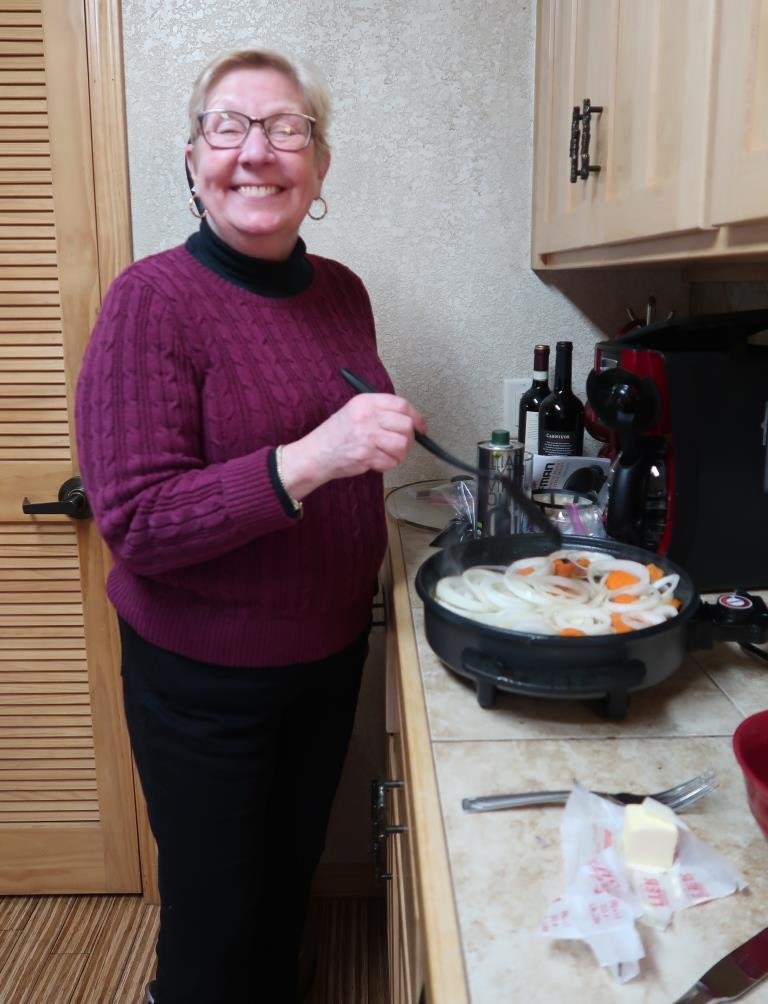 The meat got tossed with some flour 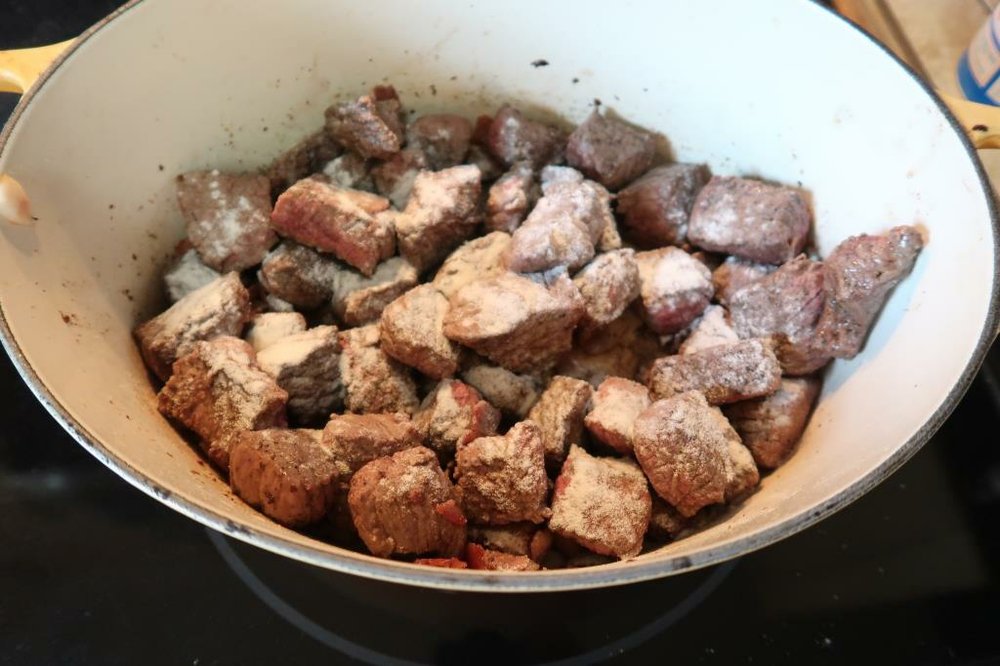 and cooked in a really hot oven, then the oven temp was reduced, the vegetables, wine, and beef stock added in, and it was in the oven for a good braise. 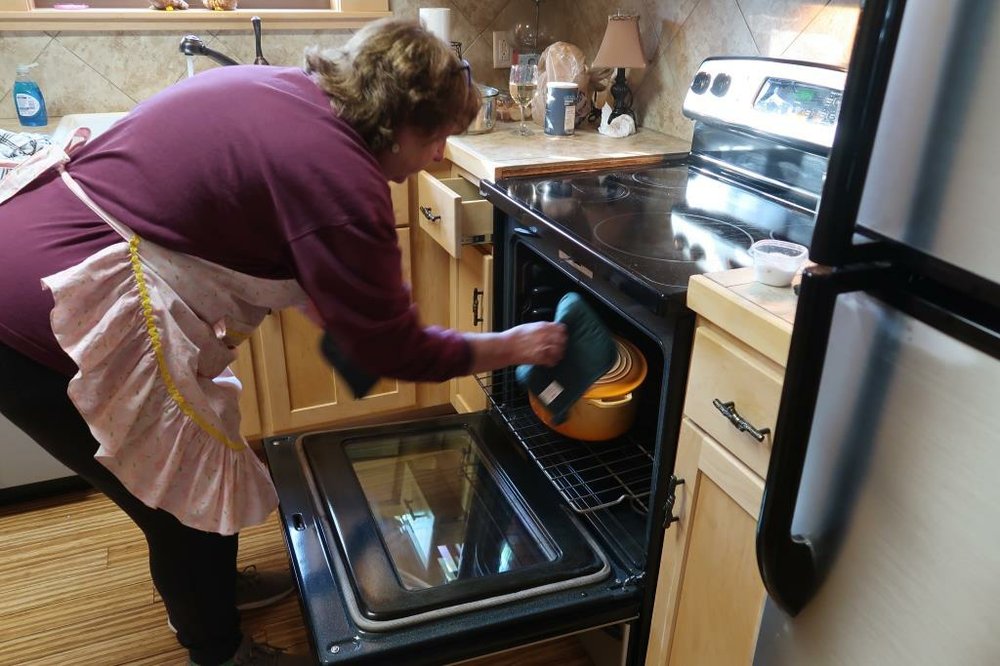 About 30 minutes before it was done, we added in the sauteed mushrooms 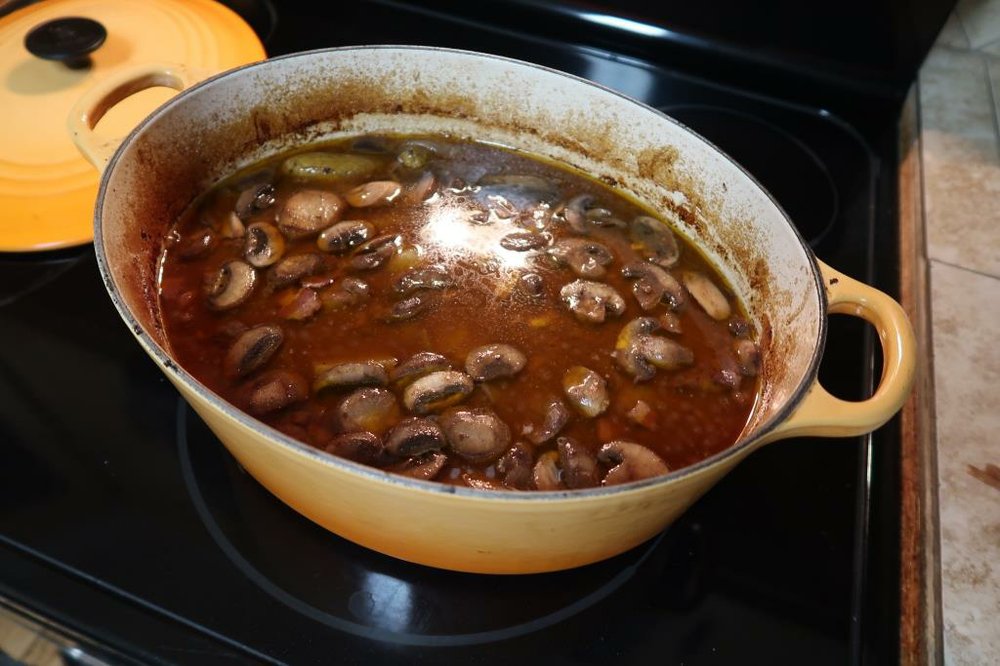 and once again, we had a feast. 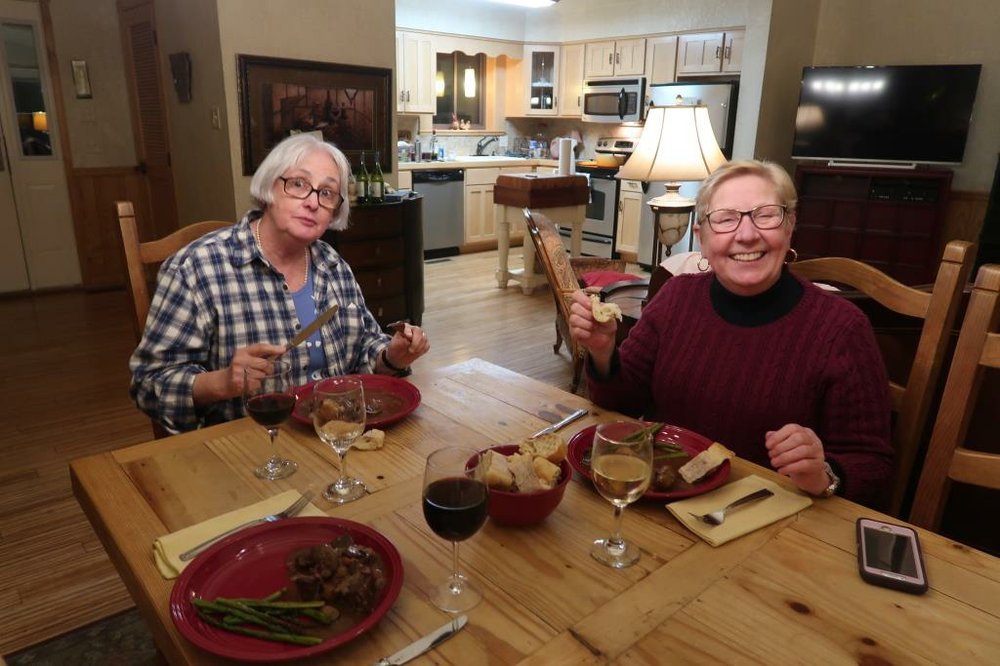 We also made Julia's full recipes, so we could have been the special of the day at their restaurant because we made a LOT! We will be eating it for awhile at home. I think each recipe serves 12 and there were 3 of us!

We had a spectacular sunset last night. 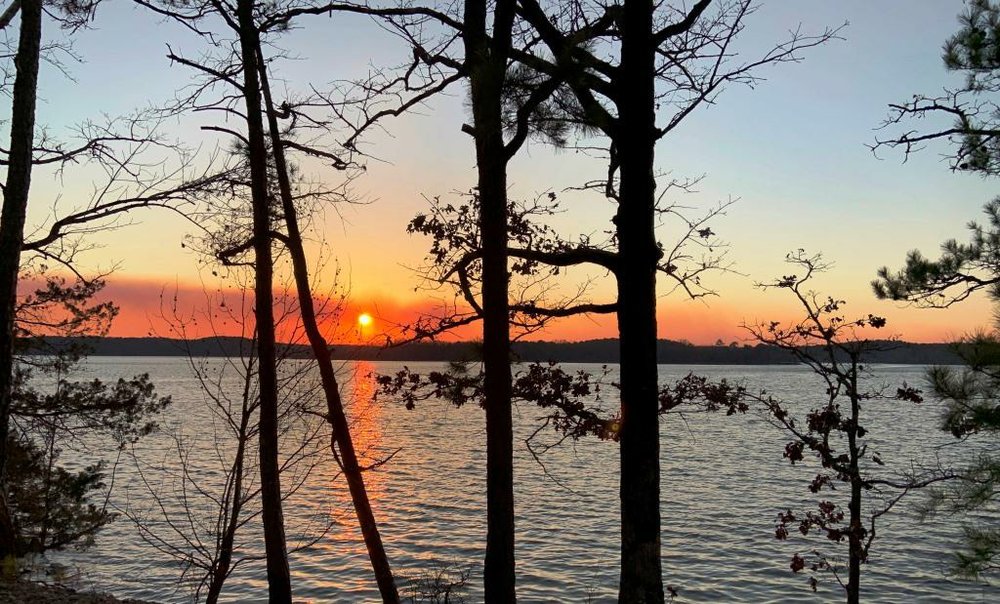 The orange you see around the sun is the last of the lingering smoke. This morning we had a glorious sunrise 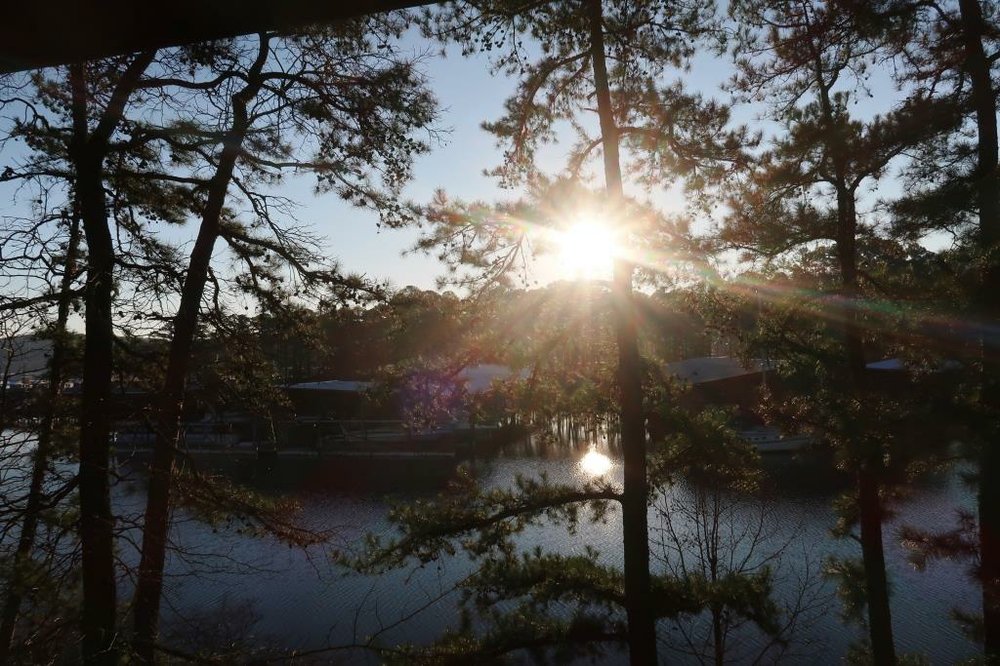 and the skies were once again clear and blue. 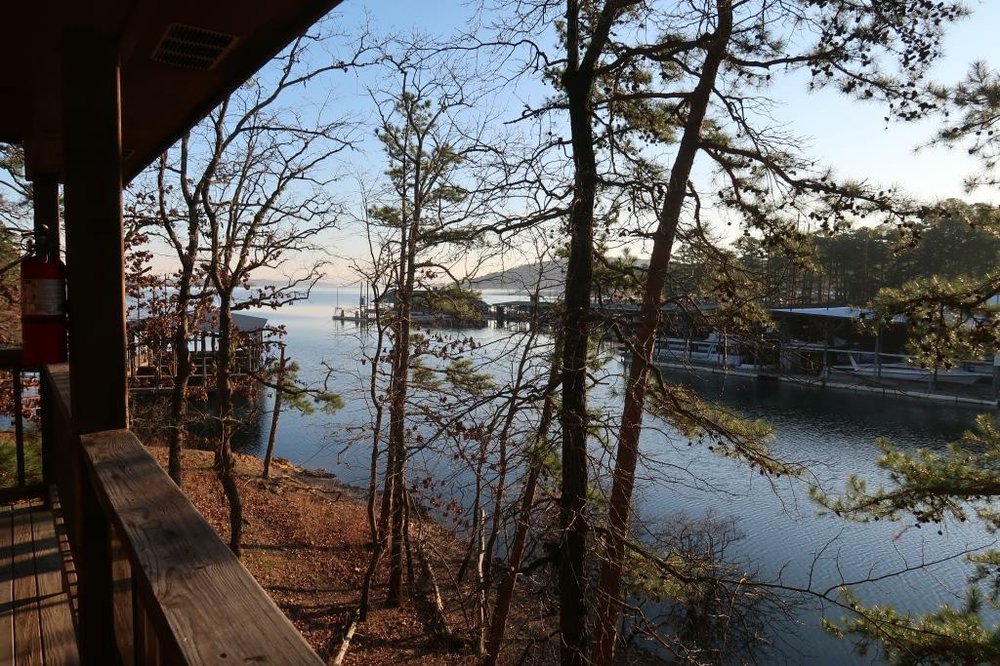 We were sad we were headed home. In the few days we were there, fueled by two warm, sunny days, plants that were on hold, have switched into high gear. There were tulip magnolias in full bloom, 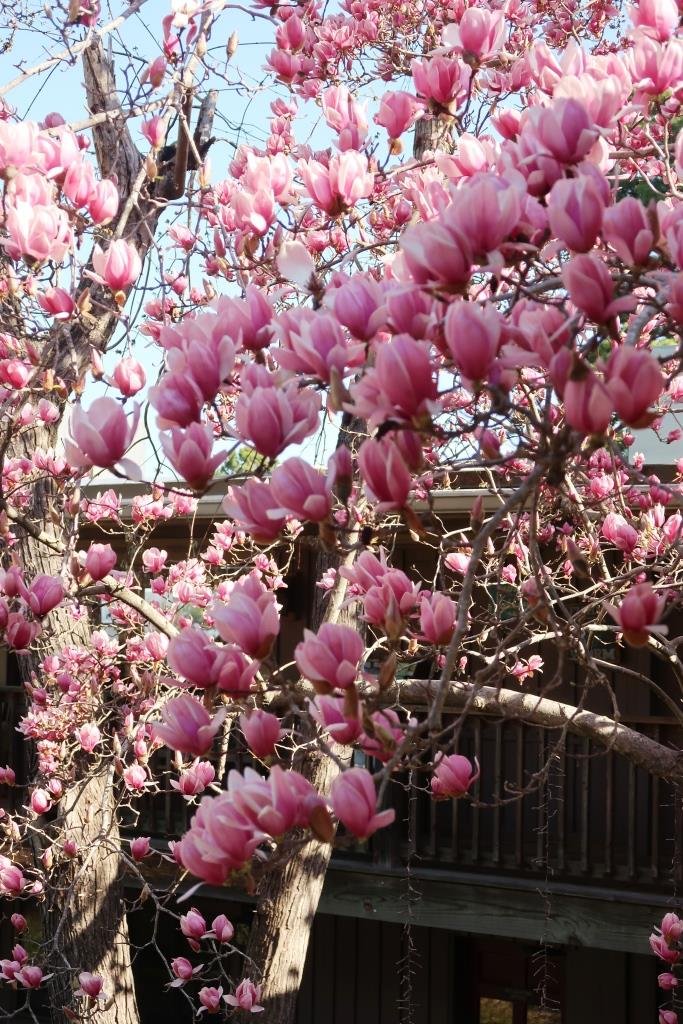 along with a sea of the dreaded Bradford or ornamental pears. 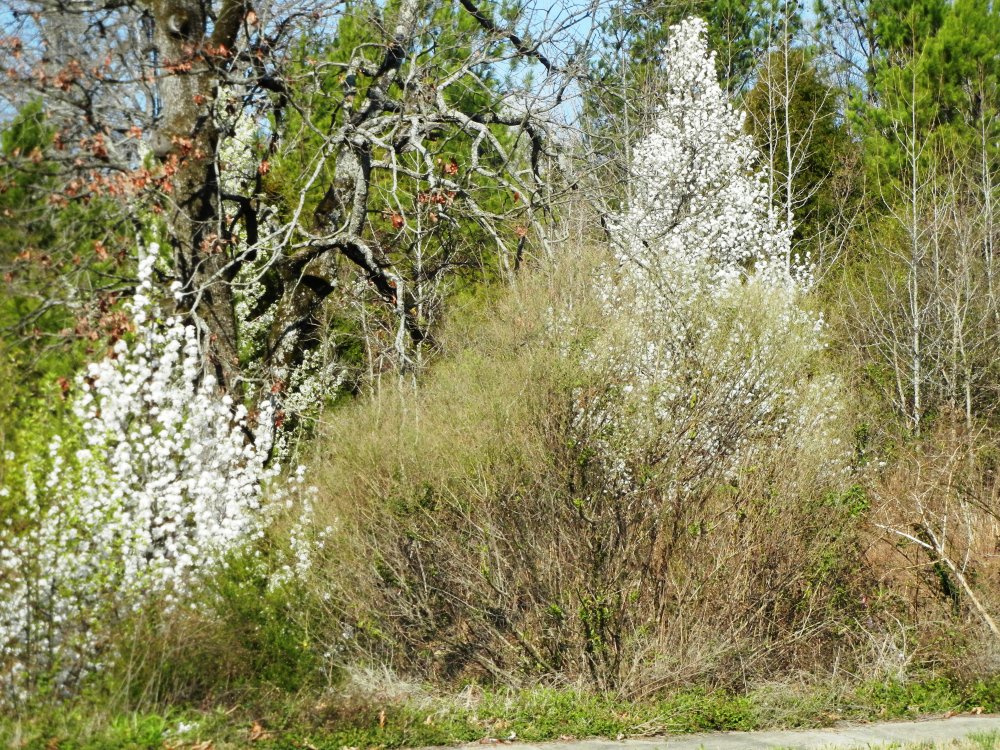 We also saw some redbuds in bloom. The winged elms had set their small seeds called samaras and with their silvery hairs, when the sunlight hit they looked like small white blooms. 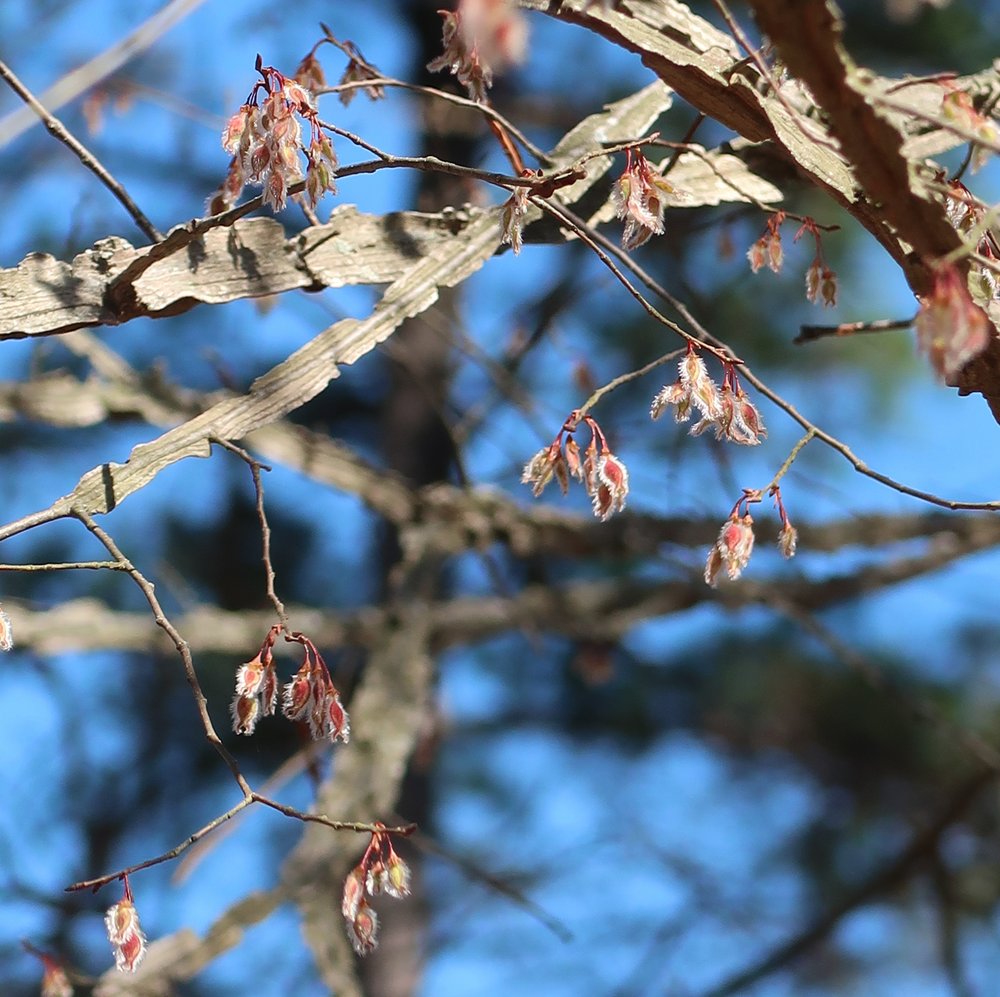 The woods were beginning to see some light green at the top of the branches with the beginning of new foliage. Spring is definitely on the horizon.

We loaded up and had a slightly lighter load than coming down, but with a few stops on the way home, we filled things up a bit more! A fun few days with friends, gave us some wonderful memories we will cherish for years, and some good stories to share.