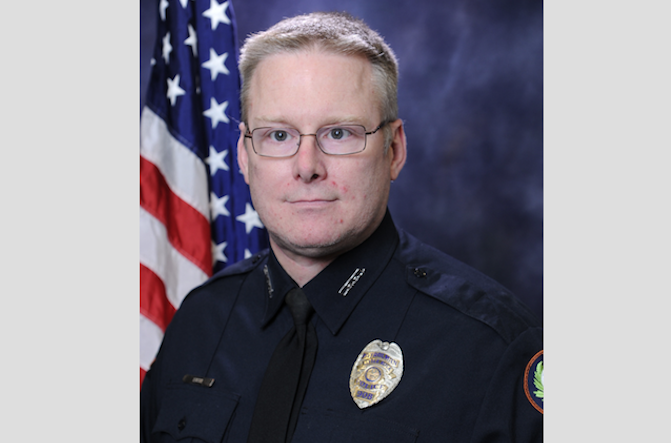 A Little Rock police officer facing federal child pornography charges was ordered to be released from jail and placed on house arrest without Internet access Thursday during a pretrial detention hearing.

Eddie Scott Seaton Sr., 52, of Cabot pleaded innocent earlier this week to two counts of receipt and possession of child pornography. The charges were handed up last Friday by a federal grand jury in U.S. District Court for the Eastern District of Arkansas. Seaton was arrested three days later.

Chief Magistrate Judge Thomas Ray's decision overrules federal prosecutors who had asked that Seaton remain in jail. Arguing for his detention, a prosecutor said Thursday that a computer belonging to Seaton was used to access tens of thousands of explicit images depicting minors.

Ray ordered Seaton released from jail on his own recognizance, placed on home confinement and fitted with an electronic monitor. The judge also barred Seaton from accessing the Internet and said no one under the age of 18 can enter his home.

Seaton's wife will serve as his third-party custodian.

Explaining the rationale for his decision, Ray referred to Seaton's lack of any criminal history, his unlikelihood to flee and his obligation to care for his wife, who testified that she had chronic health problems. Ray allowed Seaton to leave the home under limited circumstances to see to his wife's medical treatment.

Little Rock Police Detective Amber Kalmer testified under direct examination that authorities investigating child sexual exploitation identified an internet protocol address which was registered to Seaton and tied to a download of child pornography in Dec. 2019.

Authorities obtained a warrant to search his residence Dec. 30. Seaton was placed on paid administrative leave from his police job after the raid.

An analysis of Seaton's desktop computer identified more than 60,000 images depicting child pornography or erotica, which he had unsuccessfully attempted to erase from his device, Kalmer said.

The officer's wife, Sandra Brunner-Seaton, said she has significant, ongoing chronic health problems, including a history of blood clots, advanced heart disease and a tracheostomy. Brunner-Seaton told the court she is still in "shock" as a result of the charges and claimed she had never seen the handwritten stories found next to her husband's computer.

Brunner-Seaton testified that the man, Kevin Michael Hicks, was a longtime friend who was homeless and allowed to stay in his vehicle in their driveway; however, Hicks could not enter their house, his wife said.

Newcomb sought to enter into the record the fact that Hicks had asked Brunner-Seaton for the home's wi-fi password around the same time that officers investigating sexual exploitation identified explicit content had been downloaded at the I.P. address., implying that Hicks may have been responsible.

Newcomb said the evidence in the case is not clear-cut and added that there is no evidence Seaton poses a threat to the public under certain conditions governing his release.

Bryant countered by referring to the many explicit images depicting minors which she said Seaton had accessed over a long period of time and later attempted to erase.

"He tried to delete it, but was unable to do so," Bryant told the judge.

Seaton had remained in the Pulaski County jail since his arrest, according to an online jail roster.

Seaton has worked for the Police Department since 2007. As of his arrest Monday, Seaton has been relieved of duty -- a move that amounts to a continuation of his administrative leave. He will continue to get paid while an internal Little Rock Police Department investigation determines whether he violated rules or regulations, a police spokesman told the Arkansas Democrat-Gazette earlier this week.