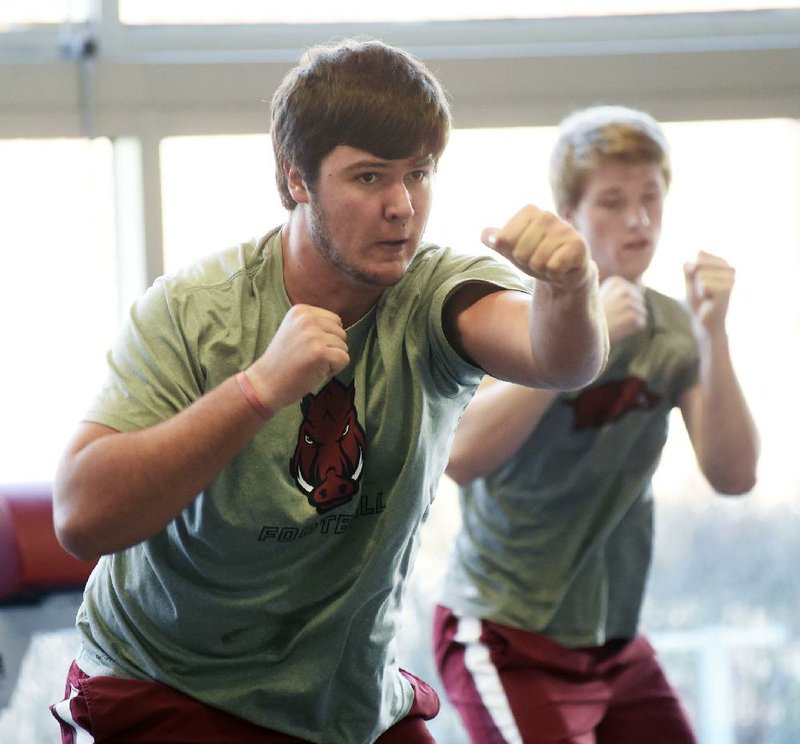 University of Arkansas offensive lineman Kirby Adcock, who is no longer listed on the team's online roster, has taken a medical hardship, the Arkansas Democrat-Gazette has learned. The hardship will allow Adcock to remain on a scholarship but free up an extra football scholarship for Coach Sam Pittman.

Adcock, of Nashville, missed all of spring practice in 2019 while dealing with a hip injury.

The 6-5, 280-pound lineman started one game last season, at Alabama, and played in 10. Adcock played in four games as a redshirt freshman in 2018, including a start at left guard in the season opener against Eastern Illinois. He played 56 snaps in 2018 and did not allow a sack.

Adcock redshirted in 2017 in his first year on campus and made the fall SEC academic honor roll in each of his first two seasons. He signed with the Razorbacks over offers from Arkansas State, Iowa State, Louisiana Tech, Southern Miss and Indiana.