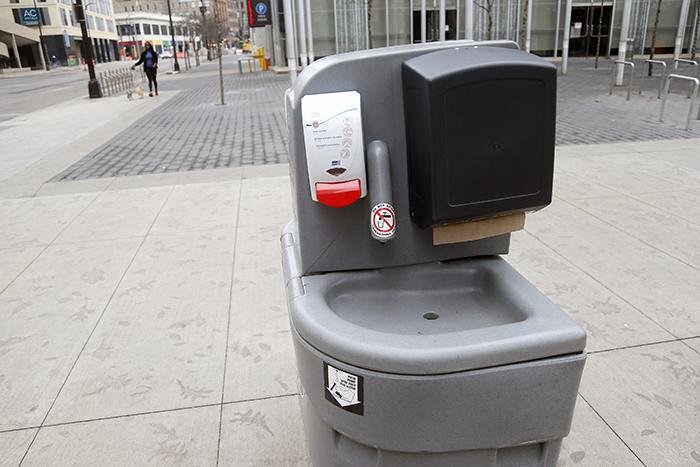 A portable hand-washing unit with sanitizer sits Wednesday at the Nicollet Mall in Minneapolis, part of efforts to slow the coronavirus in that state. (AP/Jim Mone)

AG weighs in on transgender athletes

HARTFORD, Conn. -- The U.S. Justice Department is getting involved in a federal civil-rights lawsuit that seeks to block transgender athletes in Connecticut from competing as girls in interscholastic sports.

Attorney General William Barr signed what is known as a statement of interest Tuesday, arguing against the policy of the Connecticut Interscholastic Athletic Conference, the board that oversees the state's high school athletic competitions.

The conference allows athletes to compete as the gender with which they identify, arguing it is following a state law that requires high school students to be treated according to their gender identity. It also argues the policy is in accordance with Title IX, the federal law that allows girls equal educational opportunities.

The Justice Department, in its filing, disagrees.

They argued that they have been deprived of wins, state titles and athletic opportunities by being forced to compete against transgender athletes who were born male and have "inherent physical advantages over comparably talented and trained girls," their attorney Christiana Holcomb said.

RALEIGH, N.C.-- Fourteen miles of the Blue Ridge Parkway through southwestern North Carolina were closed to the public Tuesday in an effort to slow the spread of the coronavirus, the National Park Service announced.

Officials did not say when the stretch, ranging from the Soco Gap to the Great Smoky Mountains National Park, would reopen.

The service noted that other sections of the parkway, which runs more than 450 miles from Shenandoah National Park in Virginia to the entrance of the Great Smoky Mountains National Park in North Carolina, would remain accessible.

The Blue Ridge Parkway Foundation also warned potential visitors that more popular destinations along the trail were seeing high visitation rates that could pose challenges to guidance limiting the number of people allowed to gather, according to a website post.

The announcement comes as popular national parks across the country closed their gates Tuesday as visitors flocked to the sites. 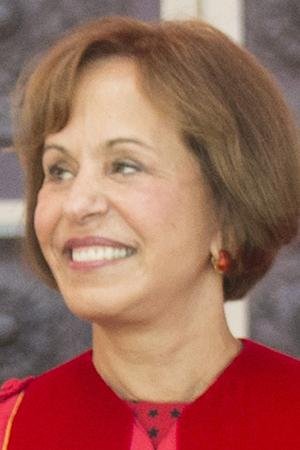 LOS ANGELES -- Saboteurs using "racist and vile language" infiltrated and disrupted online classes held by the University of Southern California, the school's president disclosed Wednesday, the latest incident in a trend some have dubbed "Zoombombing."

Zoom is a popular video-conferencing tool used by many colleges and universities to help finish their semesters through remote teaching after the coronavirus pandemic put a halt to in-person classes.

"We are sorry to report we learned today that some of our online Zoom classes were disrupted by people who used racist and vile language that interrupted lectures and learning," USC President Carol L. Folt wrote in an email. "We are deeply saddened that our students and faculty have had to witness such despicable acts."

USC, a private research university in Los Angeles, has about 47,000 students, including nearly 20,000 undergraduates.

Folt said the university's information technology team was taking "immediate action" to protect classes from the phenomenon of "Zoombombing."

NEW ORLEANS, La. -- A federal appeals court has ruled that the amount of money paid on behalf of Iberia Parish to the family of a 22-year-old Louisiana man who died in a sheriff's patrol car must be made public.

The unanimous ruling Monday by a panel of the 5th U.S. Circuit Court of Appeals comes nearly two years after a U.S. judge refused attempts by media outlets to find out how much taxpayer money was paid in a civil-rights lawsuit against the office of the Iberia Parish Sheriff Louis Ackal in the death of Victor White III.

White's death was ruled a suicide after he died from a gunshot wound while handcuffed in the back of a patrol car six years ago. No charges were pursued in White's death, but it initiated a wider federal investigation into civil-rights violations in the sheriff's office that led to 11 deputies pleading guilty. A jury acquitted Ackal of civil-rights abuses in 2016.

The court's latest ruling noted the sheriff's office's settlement with the minor's mother was already public, as were the settlements paid out for other lawsuits.