ON FILM: Don't blame it on the movies 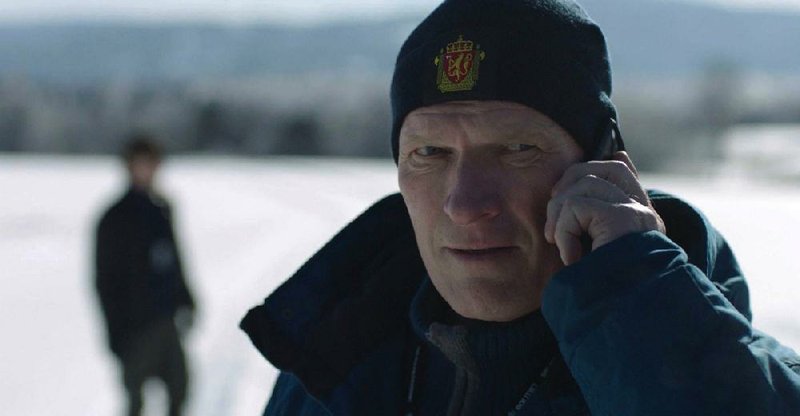 Norwegian actor Sven Nordin plays the title character in Wisting, which is now streaming on Sundance Now. Despite Norway’s remarkably low violent crime rate, in the series, William Wisting, a homicide detective remarkably free of psychological darkness and internal demons based in the town of Larvik, finds plenty to keep him busy.

A few years ago a friend, after a brutal real-world murder of someone he was close to, asked me if I thought he was a bad person for enjoying violent films. Does the fact that he goes to these movies religiously, and therefore helps create a market for them, mean he is contributing to the general coarsening of the culture?

I told him I didn't think so, that there is and always has been a core constituency for dark materials and that the American tradition is rife with murder ballads and bloodbaths. Shakespeare wasn't dainty -- there is a dark yen in the human animal, a drive for extinction that rivals the urge for sex. Art is made from base materials, from bones and blood and the humors of the body, as well as from invisible things that float on air.

Violence is an essential ingredient in our myths and stories; it permeates our literature, our culture. I am prepared to accept the evidence of my eyes, to concede that American culture is more violent than most.

Why? Perhaps because we come from Puritans, it is our tradition to find more horrors in the flesh than in flying steel. We invented gunfighters and made serial killers into celebrities. To be American is to enjoy unprecedented freedoms, and among these freedoms is a license for a species of perversity: We like the "bang, bang, you're dead" stuff.

I'm not sniffing at this tendency to treat violence as entertainment; I recognize it in myself, even if I do not understand it. There are some very violent movies I like very much; watching Arthur Penn's Bonnie and Clyde (1967) was one of the formative adventures of my childhood.

You like what you like. And I wouldn't proscribe any artist from making full use of whatever he can find.

The sick will find whatever feeds their sickness. There is a danger in driving the purveyors of stories -- however awful decent people might find those stories to be -- underground. An appetite for horror gore is not in itself a sign of anything other than a cultivated taste, such as one might develop for Norwegian folk-rock or single malt Scotch.

So I don't worry about my friends who like bloody movies, or my wife Karen who counts Clockwork Orange as one of her all-time favorites, but I worry about myself. Perhaps I should treat these works -- these stories -- more seriously, and not be quite so enamored of Ellroy's thuggish operatives or Cormac McCarthy's inhuman killing machines. I recognize the nihilism in No Country for Old Men, but it doesn't bother me.

Maybe it should, for like the little kid in The Sixth Sense, I have seen dead people; I have seen the consequences of human recklessness and despair.

Before I was a film critic, I was a cop reporter.

Most of the most troubling of these acts were committed by ordinary people in a moment of insensate rage or delusional panic: A little girl was angry with her sister and the scissors were at hand. Two teenage boys killed everyone in a humble Buddhist temple because they believed the rumor that there was a safe filled with drug money and gold on the premises.

I am disturbed by cruelty to helpless things, especially the mistreatment of children and animals. But bad things happen, innocent things are hurt. "We all have it coming, kid," Bill Munny (Clint Eastwood) tells the Schofield Kid (Jaimz Woolvett) in Unforgiven. Pain and suffering lubricate our creature comforts. We push on.

Are we less sensitive to violence than we ought to be? Does our rough culture, particularly of consumption of thousands of fake homicides and atrocities, desensitize us to the actual harm that goes on in the world? Probably. When the Army uses video games to train soldiers, there's something to the idea that anything, even murder, can become mundane.

But the symptoms are never the real problem. And what's wrong with America is not so much the art its artists make or the stories its reporters report as the desperation and hopelessness -- the economic and intellectual poverty -- that make so many of us susceptible to embracing nihilism. A healthier society might produce a different kind of culture, right?

I don't know. Blood-soaked crime novels come out of the gentlest, most peaceful and safest countries on the planet. More people die violently in the typical Jo Nesbo novel than are murdered in Norway every year (about 25). I'm watching the brutal (and excellent) police procedural Wisting, streaming on the Sundance Now channel; I devoured Icelandic TV series Trapped (1.8 murders in Iceland per year).

It's not our art or our amusements, it's something in us.

I am not so bothered by the byproduct of certain career or lifestyle choices -- the toll extracted by purposeful thugs or professional criminals. People can make choices and assume risks. If you elect to live in a certain way you may or may not meet a bad end, but you understand what people are capable of doing. You forfeit the innocent's presumption of a benign world.

But maybe that's what being a member of a mature audience means -- you understand your complicity with the world's troubles, and you accept that bad things are liable to happen to good people.

So I avail myself of Chekov's old dodge: It is not the writer's business to solve the problem, only to state it. We all know the problem, and it's not up there on the screen or buried in a book. It's creeping through the shadows of our minds, sheltering in the cool voids where our hearts used to be.

Print Headline: Don't blame it on the movies