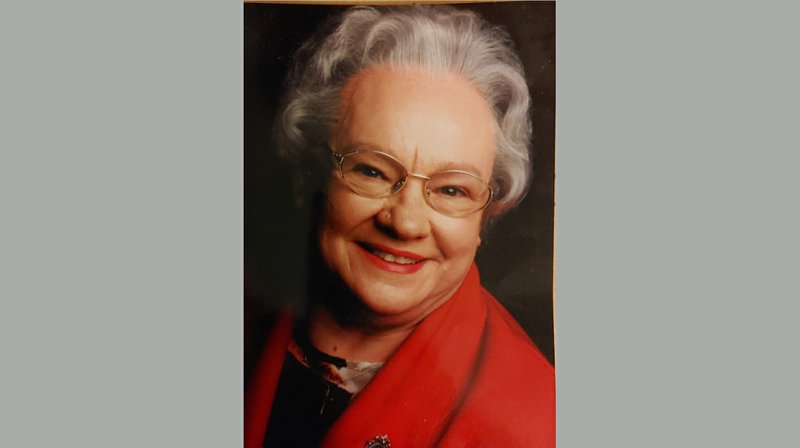 The first nursing home resident in Arkansas to die from the coronavirus will be remembered as a kind and giving person, as well as a brilliant cook, who served the community for more than 25 years at the Little Rock Police Department's 911 Communications Center.

Alice Jett, 83, died Monday morning at a Little Rock hospital. She is the first confirmed death among the dozens of residents at the Briarwood Nursing and Rehabilitation facility in Little Rock who have been infected with the coronavirus that causes covid-19.

The coronavirus pandemic prevented Jett's family from being together with their mother when she died, according to her daughter Penny Boyer, who said the virus will prevent them from holding a memorial service in the near future, too.

"If she had died under other circumstances, we would've all been able to be there," Boyer told the Arkansas Democrat-Gazette on Monday.

Arkansas' death toll from the coronavirus climbed to seven Monday.

Two other Arkansas residents who died from the coronavirus since Friday have been identified. Franklin Ross, 80, of Morrilton died at 5:33 p.m. Friday at CHI St. Vincent Infirmary, according to Pulaski County Coroner Gerone Hobbs. Tanisha Cotton, 42, of Little Rock died Saturday morning at Saline Memorial Hospital in Benton, according to the Saline County coroner's office.

Arkansas Department of Health Secretary Dr. Nate Smith announced Monday that 47 nursing home residents in Arkansas have tested positive for the coronavirus, up four from the day before, and that an additional nursing home in Paragould has a positive coronavirus case. The new case at Greene Acres Nursing Home means the state has five nursing homes trying to contain coronavirus outbreaks.

"We have a plan to test all the residents and all the workers there," Smith said during a news conference Monday afternoon with Gov. Asa Hutchinson. "But so far we just have the one positive resident."

As of Friday, there were 37 residents of Briarwood infected with covid-19, including Jett, and 11 staff members, according to Health Department spokeswoman Danyelle McNeill.

Jett suffered from Alzheimer's disease and Parkinson's disease with dementia, which reportedly caused complications when treating the virus, according to her daughter. Jett had lived at the Briarwood Nursing and Rehabilitation facility for more than four years.

Born in Arkadelphia in 1936, Jett eventually moved with her family to Little Rock. For a time when her children were young and before she joined the Police Department, Jett owned and operated a 12-seat restaurant downtown called P.D.Q. -- "We called it the 'Pretty Darn Quick,'" Boyer said -- that looked like a silver bullet and often was packed for lunch.

Boyer said she still remembers the taste of the fried chicken made by one of her mom's employees.

"Everything was homemade," Boyer said. "She didn't buy pre-made burgers and pre-made anything."

Jett worked a series of jobs throughout her life, but ultimately spent nearly three decades working for the Little Rock Police Department. She started out walking the sidewalks writing parking tickets, and she later was hired to answer phones inside in the radio room.

Jett was initially asymptomatic after testing positive for the coronavirus a little more than a week ago, but her health declined rapidly. She developed a fever and stopped eating, and then she went to sleep and medical personnel could barely rouse her. Jett was given intravenous fluids and, on Thursday evening, she was placed on a ventilator to help her breathe.

Jett died around 10:30 a.m. Monday at CHI St. Vincent Infirmary, according to Hobbs. She had been transferred Sunday from the nursing home, where she was isolated along with other coronavirus-stricken residents.

Her children said they don't blame the nursing home for the outbreak.

George Jett, a 61-year-old resident of Sherwood who owns an automobile repair center, said Monday that he and his family were grateful for the care his mother received in her final weeks.

He praised medical personnel and staff at Briarwood, describing their efforts as "wonderful."

"They have been so good down there, treated her so good," George Jett said. "And it's very rare when a doctor calls you, she cries when your mother's that ill."

Boyer said last week that because her mother's Parkinson's disease caused complications with the virus and made her joints stiffen, medical staff changed her Parkinson's medicine to a patch in hopes of getting the medication into her system more quickly.

"She was a sweet woman, you know," George Jett said. "Just a lot of sickness over the last few years. And with the weakness from the Parkinson's and everything she had, this virus just finished her off."

Jett is survived by her three children, Randy, George and Penny, as well as numerous grandchildren and great-grandchildren. She and her husband, George Jett Sr., divorced in 1969. Jett Sr. died in 2006, Boyer said.

Jett's daughter said last week that she regretted that the contagious nature of the virus and her own underlying health conditions kept her from being able to comfort her mother.

Like others in her family, Boyer has an immune condition that leaves her vulnerable to the coronavirus. She has spent recent weeks self-quarantined in her Ferndale home. Because of her mother's Alzheimer's disease and dementia, Boyer could no longer speak with her over the phone.

The last time Boyer saw her mother in person was late February. After that, Briarwood, like other nursing homes in the state, closed its doors to all visitors except essential medical personnel.

"We knew it was just a matter of time that we would lose her, but we always thought that we would get to be by her side," Boyer said Monday. "And so this horrible virus comes in, and it's snatching people away from their families."