IN THE GARDEN: Identifying these yellow + green plants 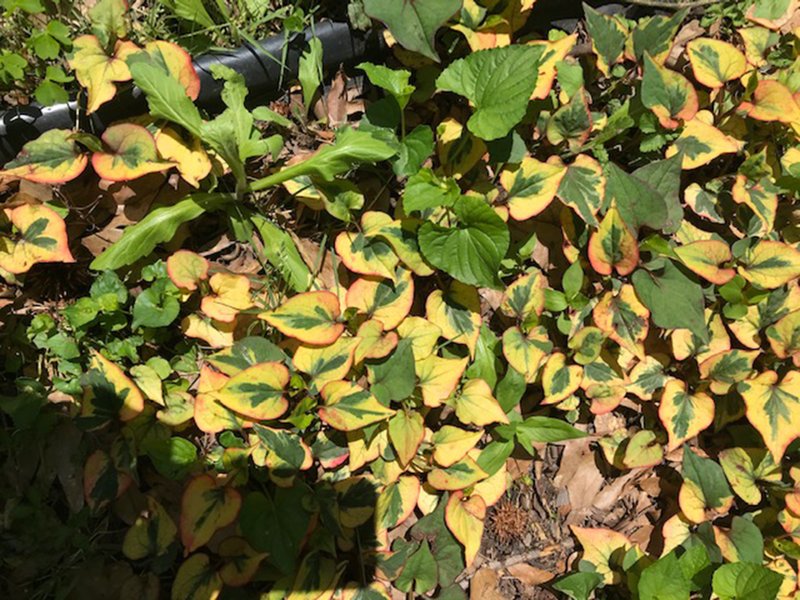 Houttuynia, or chameleon plant, brings color to shade as a ground cover, but it can grow out of control. (Special to the Democrat-Gazette)

Q Can you please tell me what these yellow and green plants are? They sprang up from bare ground two or three years ago as some sort of ground cover, and they do quite well in the shade. They disappear in the winter but return emphatically in the spring. Do I keep them under control as a cover, or get rid of them? Thanks for all your great input. By the way, I love the digital paper.

A The ground cover in question is commonly called chameleon plant, but the Latin name is Houttuynia. It can be an invasive ground cover, but if you can maintain it, it does offer some color in the shade. I find it is less aggressive in dry shade. If given good soil, plenty of moisture and fertility, it can take over. It comes in the variegated version you have and also a solid green variety. Small white flowers appear in late spring to early summer. Some gardeners detest it for its easy spread and a slightly offensive odor in the foliage.

Q We have a pink dogwood, 15-17 years old, that has not flowered for the last two years. The leaves appear to be healthy. How can I help it?

A I assume your dogwood used to bloom prior to the past two years. Is the area where it is growing getting shadier? Dogwoods are understory trees. While they don't like full, direct afternoon sun, they do need filtered sunlight or morning sun to set flowers. Without seeing the location, that would be my best guess. If you can limb up some overhanging tree limbs to allow in some sunlight, that should help.

Q I want to ask if you could send me some specifics/details or basic dos and don'ts of pruning a large hydrangea. Ordinarily its size would be a positive, but it is in front of our porch and needs to be shaped and cut back some. I hope you can help.

A There are several species of hydrangeas commonly grown in Arkansas, and the timing of pruning will vary by species. The most common type is the big leaf hydrangea with large pink or blue blooms. Some gardeners are finding some winter kill on these varieties, which will affect blooming. Both the big leaf hydrangeas and the oakleaf hydrangeas set their flower buds in the fall before going dormant. Pruning of these is best done after the blooms are finished in the summer. The white-flowering panicle and smooth hydrangeas bloom on their new growth in the summer and could have been pruned as they were leafing out. Pruning now will delay the onset of the first blooms. All hydrangeas are cane-producing plants, with multiple stalks versus one trunk such as a holly or azalea. When you do prune, remove up to one-third of the older and larger, woody canes all the way to the soil line. Then you can also head-back some of the remaining canes to fit the space your plant is growing. If space is limited, consider moving the hydrangea to a new spot where it has plenty of room to grow.

Q Last summer, I lost two beautiful "Emerald" Arborvitae in my landscape to canker disease. I had to remove them. Is it safe to replace them -- same species in the same spot? Do I need to do anything else to make it safe for planting where these trees were?

A Are you planning on replanting with more arborvitae or another plant? The canker disease that affects arborvitae can also infect Leyland cypress and Italian cypress. "Emerald Green" Arborvitae was supposed to be more resistant to the canker than other varieties, but it obviously isn't immune to it. You could replant in the area with a different plant. The disease lives in the infected tissue of the plants, not the soil, but it is a common problem of those species. If you want the needle-type evergreen, cryptomeria or deodara cedar are usually resistant to the canker disease. You could also use other hedge plants, such as one of the hollies, a magnolia or similar plant. 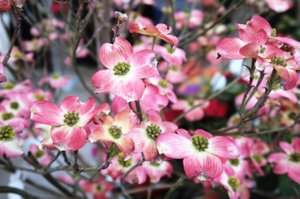 Dogwoods are understory trees, but they do not bloom well in heavy shade. (Special to the Democrat-Gazette/Janet B. Carson) 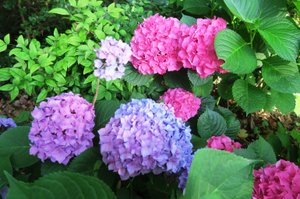 Big leaf hydrangeas are best pruned in summer right after they finish flowering. (Special to the Democrat-Gazette/Janet B. Carson) 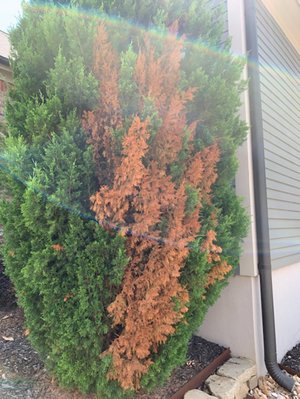 Stem canker disease lives in the infected tissue of the plants, not the soil. (Special to the Democrat-Gazette/Janet B. Carson)

Print Headline: In the Garden