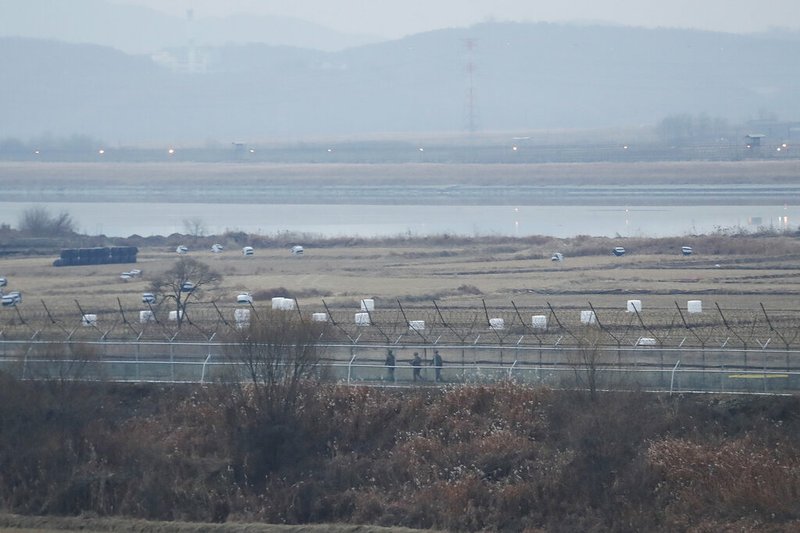 The Joint Chiefs of Staff in Seoul said in a statement that North Korean troops fired several bullets at a South Korean guard post inside the heavily fortified border. South Korea fired two rounds in response after issuing a warning broadcast, it said.

It comes a day after North Korea broadcast images of leader Kim Jong Un reappearing in public after a 20-day absence amid intense speculation about his health.

Kim earlier vanished from the public eye after presiding over a Politburo meeting of the ruling Workers’ Party on April 11 to discuss the coronavirus. Speculation about his health began swirling after he missed an April 15 event commemorating the birthday of his grandfather and state founder, Kim Il Sung, something he had never done since inheriting power upon his father Kim Jong Il’s death in late 2011.

In late 2018, the two Koreas began destroying some of their front-line guard posts and removing mines from the DMZ as part of steps to reduce tensions. But the efforts stalled amid a deadlock in nuclear negotiations between Kim and President Donald Trump meant to convince North Korea to give up its arsenal in exchange for lifting economic sanctions.

The last time there was gunfire along the border was in 2017, when North Korea sprayed bullets at a soldier fleeing to South Korea.