Eat to conceive? Diet’s a big player in early pregnancy 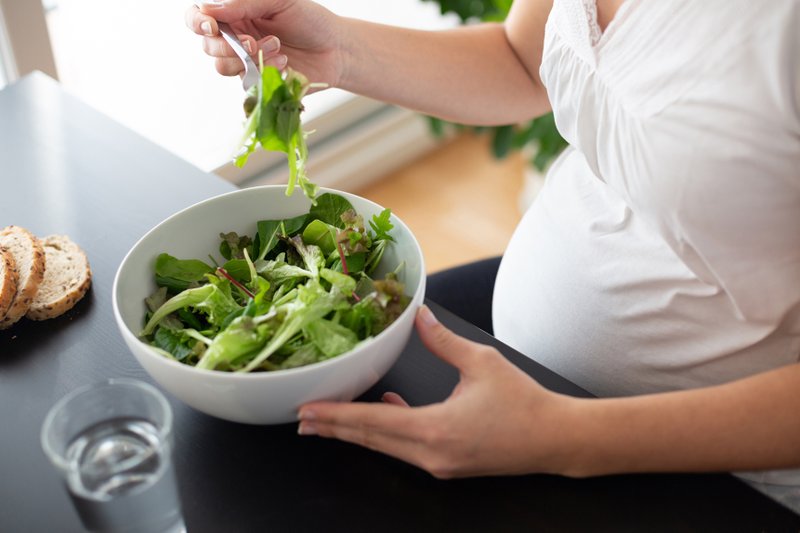 In the Nurses' Health Study II, researchers found that nearly half the cases of infertility associated with ovulation disorders could be traced to poor diets. (Dreamstime/TNS)

I'm not hinting, but this may interest some of you during these long days at home. According to registered dietitian nutritionist Elizabeth Ward, a good body of research suggests that a woman's ability to become pregnant is influenced by what she eats.

In the Nurses' Health Study II, for example, researchers found that nearly half the cases of infertility associated with ovulation disorders could be traced to poor diets. And what really affected fertility in a negative way was the combination of poor diet, lack of physical activity and being overweight.

Poor diets are generally those that largely ignore plant-based foods and tip the scales with high-fat meats, processed potatoes and sweetened beverages. While no one "fertility diet" has been proved, these are some of the foods/nutrients associated with the ability to conceive: plant-based proteins, full-fat dairy, omega-3 fats (fish), monounsaturated fats rather than trans fats, multivitamins and supplements that contain iron.

What about soy? In the past, there was some speculation — based on animal research — that the estrogen-like effects of soy might decrease a woman's likelihood of becoming pregnant, says soy nutrition expert Mark Messina, Ph.D. And one human study observed that women who consumed high amounts (more than 40 micrograms a day) of isoflavones (phytoestrogens found in soy) were slightly less likely to become pregnant than women who ate lesser amounts of soy. But there is no evidence from actual clinical studies, says Messina, that soy prevents a woman from becoming pregnant.

Conditions must be just right for a woman to conceive and continue a healthy pregnancy. And she shouldn't wait until she is pregnant to make changes in her diet, says Ward, author of Expect the Best: Your Guide to Healthy Eating Before, During and After Pregnancy. Here are some recommendations:

Focus on folate (food form) or folic acid (supplement form): From the moment of conception through the first month (when most women have no idea they are pregnant), adequate intake of this B-vitamin is essential to prevent serious defects in the brain and spinal cord. If you have even a chance of becoming pregnant, fill your diet with enriched grains, beans, spinach and other greens and/or take a supplement that contains 400 micrograms of folic acid.

Pump up with iron: Anemia due to low stores of this essential mineral can increase a woman's risk for babies born too soon and too small. The iron content of foods is listed on the Nutrition Facts label. Women need 18 milligrams a day prior to pregnancy.

Keep your weight in check: A woman with a body mass index (BMI) of 30 or greater has a higher risk for being infertile than a woman of normal weight.

Cut the alcohol: Not just during pregnancy but even before you see the twinkle in his eyes. Heavy drinking during those first weeks of pregnancy can cause irreversible damage to the brain and spinal cord and can even induce miscarriage.

Barbara Quinn is a registered dietitian and certified diabetes educator affiliated with Community Hospital of the Monterey Peninsula. She is the author of Quinn-Essential Nutrition.