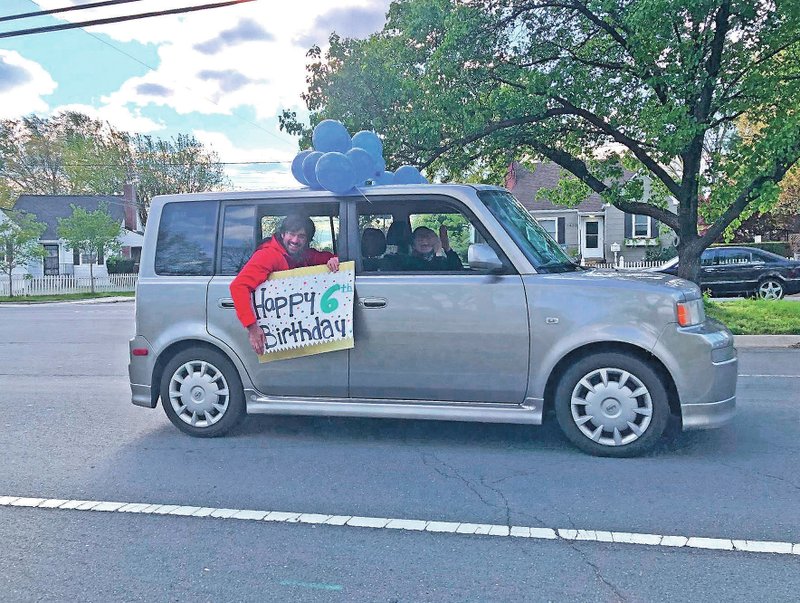 A neighbor holds a birthday sign out of a car window during an impromptu birthday parade in Arlington, Va., for 6-year-old Jessiah Lee. (Courtesy Photo/Ashley Johnson)

Jessiah Lee smiled and watched the parade. His parade.

None of them knew this 6-year-old boy, but they were all there for him on his special day. The surprise drive-by birthday party in an Arlington, Va., neighborhood was organized on social media by Ashley Johnson, an accountant who met him while volunteering at a homeless shelter in Washington four years ago.

The relationship didn't end after the shelter closed, and Jessiah's family found a home. Johnson took Jessiah to museums, parks and on a trip to New York City for the Macy's Thanksgiving Day parade. This year, she wanted to throw him a Lego-themed party -- but then, covid-19 intervened.

"Birthdays are such a big thing at any age," Johnson said. "It's such a celebration, life is so fragile, and so I felt I couldn't accept the defeat of 'we'll do nothing.'"

Her idea was inspired by drive-by birthday celebrations that have brought joy to children and adults across the U.S. during the quarantine. She wanted something similar for Jessiah. But bigger.

Recalling his love of firetrucks, she passed by a fire station and asked for help. No response.

Then the day before the day she had planned for Jessiah's party, the phone rang. A firefighter on the other line -- Johnson calls him her angel -- asked if his station could join the parade.

She had 24 hours to plan, so she went on Nextdoor, the neighborhood social media site, and asked other people to join.

"In need of a MAJOR favor from all who are willing!" she wrote in an April 9 post also shared on Facebook. "I have a sweet sweet kid I met while volunteering ... His 6th birthday is today and sadly I didn't get to host a party this year BUT I just got a last minute reply from the fire station, and they're willing to do a drive by and lead the way for a mini birthday parade ..."

That night, she blew up balloons, prepared signs and made decorations. She barely slept.

The next day, she took Jessiah to fly a kite, just in case no one showed up. Then, at 5:29 p.m., the fire truck, police cruisers and dozens of cars turned the a corner. Some neighbors shook pom poms; others offered gifts, all from a safe distance.

Jessiah's favorite? A man who played "Happy Birthday" on an accordion.

His mother, Melissa Jones, was moved to tears.

"It really just touched my soul," the single mother of six said in a videoconference. 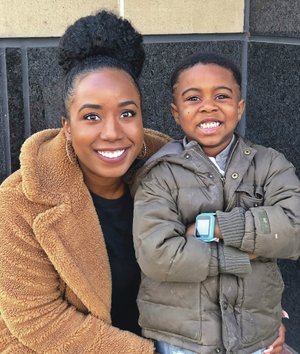 Ashley Johnson (left) poses April 10 with an excited Jessiah Lee, 6, after his surprise birthday parade in a neighborhood of Arlington, Va. After Johnson had to cancel his original birthday party due to the coronavirus, she recruited the help of a local fire department, the police and dozens of neighbors to give him a celebration which included social distancing. (Courtesy Photo/Brittany Ganesan) 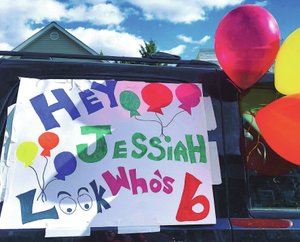 A birthday sign and a cluster of balloons hang on a car window ready for an impromptu, surprise birthday parade for 6-year-old Jessiah Lee, in Arlington, Va. After Jessiah's birthday party was upended due to the coronavirus, close friend and mentor Johnson recruited the help of a local fire department, the police and dozens of neighbors to give him a birthday celebration. (Courtesy Photo/Ashley Johnson) 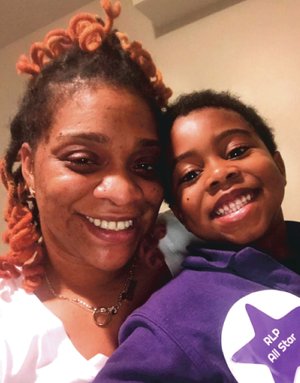 In this March photo, Melissa Jones (left) smiles with her son Jessiah Lee, then 5, at their home in Washington. Jones, a mother of six, was homeless with her children three years ago. A surprise drive-by birthday party for Jessiah, who turned 6, in an Arlington, Va., neighborhood was organized on social media by Ashley Johnson, an accountant who met him while volunteering at a homeless shelter in Washington four years ago. (Courtesy Photo/Melissa Jones)