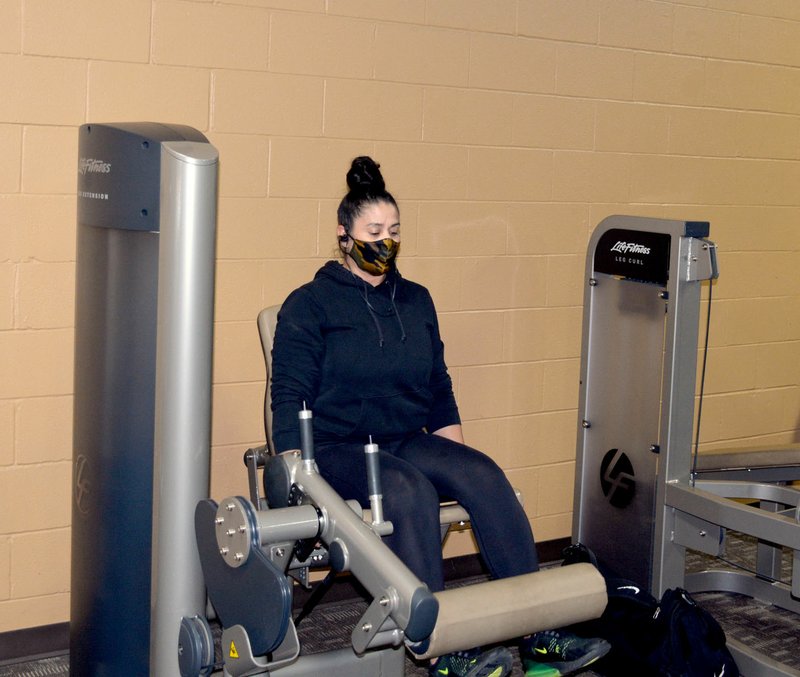 SILOAM SPRINGS -- Gyms are starting to open in the wake of Gov. Asa Hutchinson's April 30 announcement they would be allowed to on Monday.

Many area gyms haven't opened despite having the ability to do so, however, Anytime Fitness decided to open its doors Monday to new and current members. Marcus McCain, one of the owners of the gym at Highland Park Shopping Center, said opening again felt fantastic.

Gyms were able to open May 4 in Arkansas. However there are strict guidelines that gyms will have to follow.

• Screening for staff and patrons.

• Those with fever, symptoms and recent contact with covid-19 patient.

• Anyone with compromised immune systems or chronic diseases.

• Face coverings for staff and patrons, except when actively exercising.

• No pools, spas, showers and saunas.

• Equipment sanitized after each use.

• 12-foot distancing while working out and during training sessions, classes.

"Just to hear them talking," McCain said. "Stuff like that makes you feel like you're in a gym again."

Despite being happy about opening, McCain and his business partner Tim Truman know they'll have to follow strict guidelines to remain open, he said. The guidelines include requiring people to remain 12 feet apart while they are working out, wearing a mask unless they are actively working out and sanitizing equipment after it is used, McCain said.

As far as distancing goes, McCain and Truman have set up cones with signs on them denoting the 12-foot boundary. McCain estimates 12 feet to be at least three machines apart. Anytime Fitness has seven treadmills, so if someone is on the first treadmill and another is on the fifth that would be all right, McCain said.

People who come in the gym are free to use whatever equipment is available as long as they follow the guidelines. For now McCain isn't going to rush anything. He's going to implement each phase of the governor's guidelines and follow them.

"We just want people to know this gym is very safe and it's clean," McCain said.

James Sutton used to go to the gym every day until covid-19, he said. Now after two months away, he's happy to be back at the gym.

"It's like this thing you go to every day," Sutton said. "So when that's taken away from you, you really don't have much to do."

Sutton said with the masks and the 12-foot distancing in place he feels safe. He said h's curious what will happen when the gym reaches capacity under the first phase. He believes everyone at that point will have to wear a mask even when they're working out.

Kirstie Holland thinks the opening is wonderful. She said the owners work hard at keeping the gym clean on a regular basis and have been faithful about posting updates as to when they would open.

Holland said it's good to be cautious but it's also good to get back to some of the normal life.

"It's good to see some of it being uplifted," Holland said. "So that we can start the small businesses back up again."

While Anytime Fitness has opened, two other gyms didn't on Monday. Planet Fitness remains closed and couldn't be reached for comment. The Walton Lifetime Health Complex on the campus of John Brown University is waiting until Monday to open, according to Robyn Daugherty, director of athletics.

"There were some additional requirements as far as spacing that we needed time to take care of," Daugherty said.

The complex is planning to have a soft opening Friday and Saturday for JBU faculty and staff followed by the main opening Monday , Daugherty said.

She also said the center needed to clean the complex and train people with the new guidelines. Masks will be required to enter and every patron will also be screened when they arrive. Masks must be worn unless someone is actively exercising, Daugherty said.

"Safety is our number one priority," Daugherty said.

Daugherty said the fitness complex will host two classes. The Power class and Group Synergy class will be available but only to six participants and one instructor at a time.

CrossFit of Siloam Springs also opened Monday, according to a social media post. CrossFit couldn't be reached for comment. 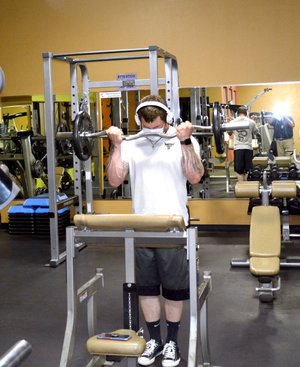 Marc Hayot/Herald Leader James Sutton lifts a barbell. Sutton has been away from the gym for two months and is eager to get back to his workouts.