Wish I'd read Before You Leave, before I started college 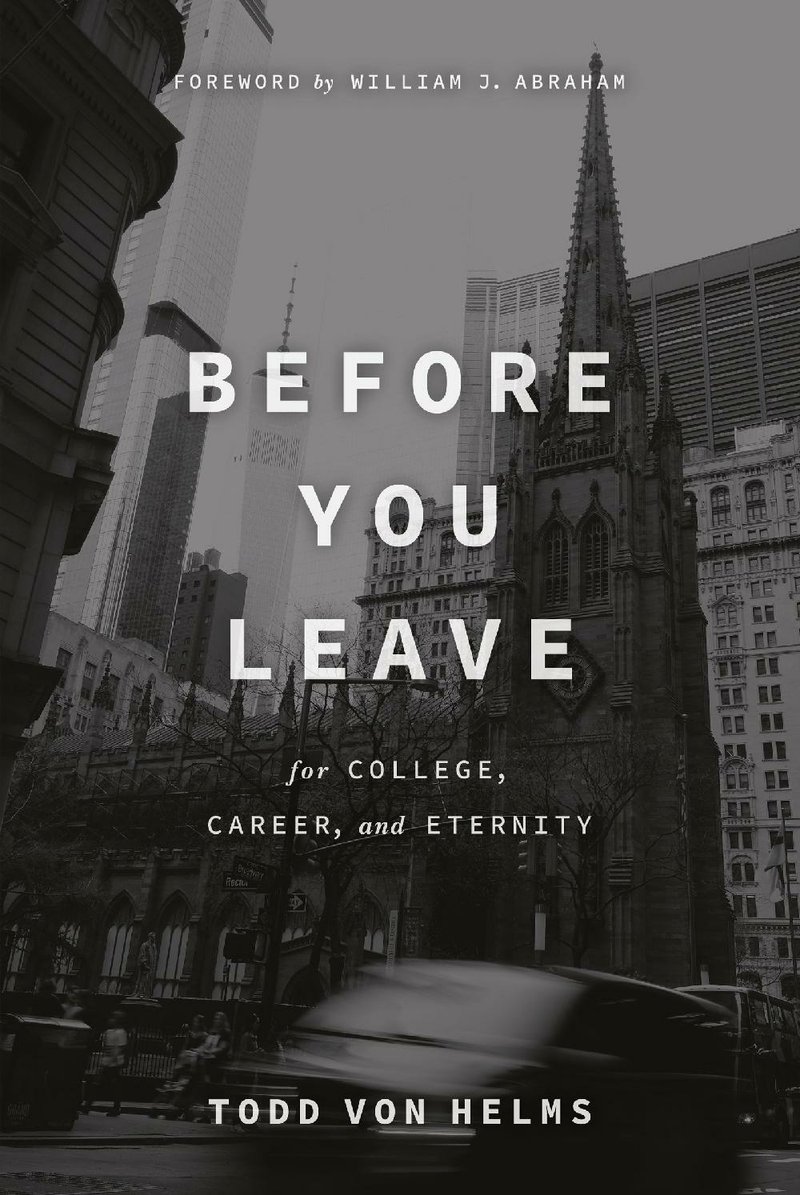 Before You Leave: For College, Career, and Eternity by Todd von Helms

I wish someone had given me a copy of Todd von Helms' new book as a high school graduation gift 35 years ago.

Before You Leave: For College, Career, and Eternity ably addresses the core tenets of Christian faith. But it is best when it addresses the origins of the Bible, the process of canonization and its evolution from Hebrew and Greek manuscripts to modern-day English translations.

Growing up in an evangelical church in Oregon, I was taught that the Bible was inspired, inerrant, "infallible and without error." In my congregation, we meditated on the scriptures every Sunday morning, Sunday night, as well as Wednesdays.

When I got to college, I could quote more passages of Scripture than anyone in my dormitory, but I didn't know much about church history, the creeds or the early church fathers.

Armed with a King James Bible and not much else, I was unfamiliar with basic biblical research -- and the people grading my papers let me know it.

Before You Leave aims to equip young people, intellectually and spiritually, as they head out into the world.

The New International Version of the Bible, popular with evangelicals, states in II Timothy 3:16 that "All Scripture is God-breathed."

The Catechism of the Catholic Church puts it this way: "Sacred Scripture is the speech of God as it is put down in writing under the breath of the Holy Spirit."

But the gospels, divinely inspired though they may be, weren't engraved on tablets of stone at Mount Sinai; they were written by devout but imperfect men nearly 2,000 years ago.

The initial writings -- the original autographs -- have been lost to history. Parchments decay and papyrus disintegrates.

Scientific advances and archaeological discoveries, however, have helped researchers reach further into antiquity.

After examining the earliest known copies of New Testament passages, scholars -- liberal as well as conservative -- are convinced that the King James Version of the Bible contains numerous verses that are not found in the original Greek.

This reality is reflected in the footnotes of modern translations.

Von Helms acknowledges the divergences and highlights key passages that are now disputed.

The passage about the woman caught in adultery, found in John 7:53-8:11, has also been questioned by scholars from across the spectrum.

While the Catholic Church considers the passage canonical, the US Conference of Catholic Bishops website states that it is "missing from all early Greek manuscripts."

The New International Version, the go-to translation for evangelicals in my teen years, includes a similar disclaimer: "The earliest manuscripts and many other ancient witnesses do not have John 7:53--8:11. A few manuscripts include these verses, wholly or in part, after John 7:36, John 21:25, Luke 21:38 or Luke 24:53."

There are other passages with disputed provenance, and von Helms provides the highlights.

The author realizes conservative readers may be skeptical about his claims. He bolsters his credibility by quoting from a sermon by the late W.A. Criswell, one of the 20th century's most influential Southern Baptist preachers.

"When I hold in my hand this King James Version of the Bible, there are some things in this text that are manifestly uninspired and nothing but sheer unadulterated superstition," the longtime Dallas First Baptist Church pastor said.

Criswell cited the passage in Mark 16 where Jesus said: "They shall take up serpents; and if they drink any deadly thing, it shall not hurt them; they shall lay hands on the sick, and they shall recover."

"There is no syllable of truth in that; that is plain superstition," Criswell said, adding, "It is not the Word of God."

While offering a primer on textual criticism, von Helms says none of those findings undercut the Bible's divine and eternal message.

"...[T]here is one thing I want to make very clear -- because of the providential guidance of God, we can be confident in the accuracy, authority, and dependability of the Bible we now possess," he writes. "Because the Lord was directly involved in the composition, compilation, and preservation of the books that make up the Bible, it is completely trustworthy, reliable, and authoritative."

Steven Smith, the pastor of Immanuel Baptist Church in Little Rock, has read von Helm's book and recommends it.

"I think the idea of preparing them for college is wonderful," he said.

Smith's own daughter will be making the transition from high school to university in three years' time.

"There are some core convictions that I would want her to know, to use Todd's phrase, before she left. What we believe about the nature of God, about the Bible, about heaven, about hell, about all these kinds of things. Because all of that's going to be tested, at kind of a breakneck pace, as soon as they get out on their own," he said.

Before You Leave effectively addresses those themes, he said.

"It's the kind of book I would want to put in my daughter's hand before she left," he added.

Print Headline: Wish I'd read Before You Leave, before I started college