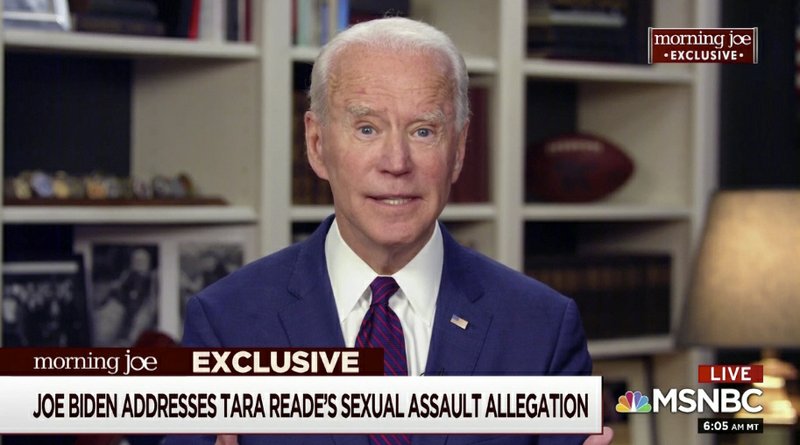 Presumptive Democratic presidential nominee Joe Biden will ask donors to give as much as $620,600 to support his White House bid and down-ballot candidates, dramatically expanding his fundraising capability to compete with President Donald Trump's big-money machine.

The Biden Victory Fund, a committee that raises money together with the Democratic National Committee, on Saturday filed an agreement that allows wealthy donors to give large checks that will be shared by the campaign, the party and 26 state parties -- the latest move by Democrats to ramp up fundraising for the general election.

The decision allows Biden to raise money at the levels of Trump's campaign, which has enjoyed a fundraising advantage as the incumbent president who can coordinate directly with the party and state parties.

The Biden Victory Fund agreement is the latest example of the expanding fundraising power of national party committees, made possible through pivotal legal changes in 2014 that loosened restrictions on individual contributions.

While a person can give a maximum of $5,600 to Biden's campaign committee, the new agreement now allows one donor to legally give more than 110 times that amount in support of Biden's election.

That maximum contribution cap increases with each state party that signs on to the agreement. The number of state parties supported through Biden Victory Fund could expand, officials said.

Both major political parties have taken advantage of this maneuver. Hillary Clinton was the first presidential candidate to establish a joint fundraising committee when she was a front-runner in the 2016 Democratic primaries, collecting up to $356,100 per year per donor for her White House bid, with the Democratic National Committee and 32 state parties. Trump and the Republican National Committee then set up their own joint effort, Trump Victory, asking donors for as much as $449,400 in 2016.

"Our goal is to elect Vice President Biden and Democrats across the country, and these state party partnerships will allow us to do just that," Biden campaign senior adviser and general election strategist Greg Schultz said in a statement. "We've seen the momentum build across the country and will continue to build out the organization that will defeat Trump and deliver the White House to Vice President Biden in November."

Both campaigns are now limited to virtual fundraising, under coronavirus distancing restrictions. Trump narrowly outraised Biden last month but maintains a cash advantage, according to figures released by the campaigns.

Many of the 26 state parties now signed on to Biden Victory Fund are key general election states for the presidential race and states that have contentious Senate races, including Florida, Michigan, Pennsylvania, Wisconsin, Arizona and North Carolina.