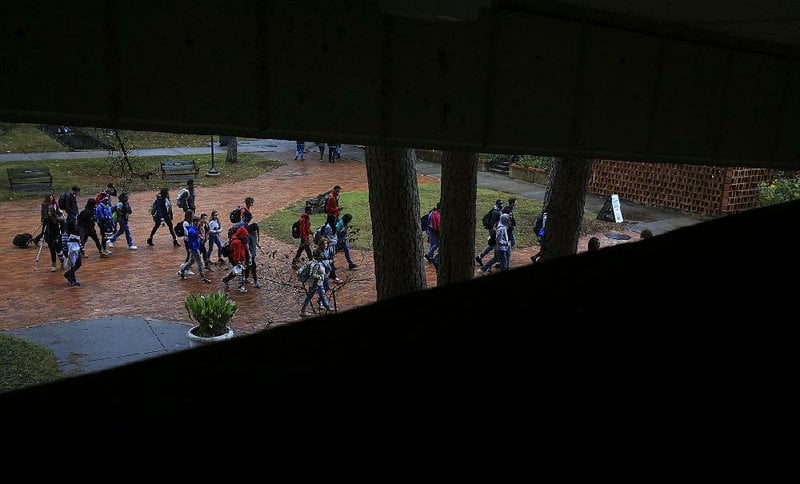 Arkansas Democrat-Gazette/STATON BREIDENTHAL --FILE PHOTO -- Students make their way across campus in November 2017 after a morning rain shower at the University of Arkansas at Little Rock. ( staton breidenthal / Staton Breidenthal)

An anonymous donor has made the largest single donation in the history of the University of Arkansas at Little Rock, Chancellor Christina Drale said Thursday morning.

The donor has gifted $25 million to UALR to fund scholarships and “student success initiatives” in the university’s enrollment management plan, Drale said.

Need-based scholarships will comprise $15 million of the donation, and they will be distributed to students over a five-year period, she said.

The other $10 million will go toward an endowed fund for the university’s efforts to help students graduate, Drale said.

The university’s enrollment has dropped each year for about a decade, costing the university millions of dollars and pushing it toward academic retrenchment to be carried out in the next few years.

But the university recently developed an enrollment management plan, designed to recruit and retain students until graduation.