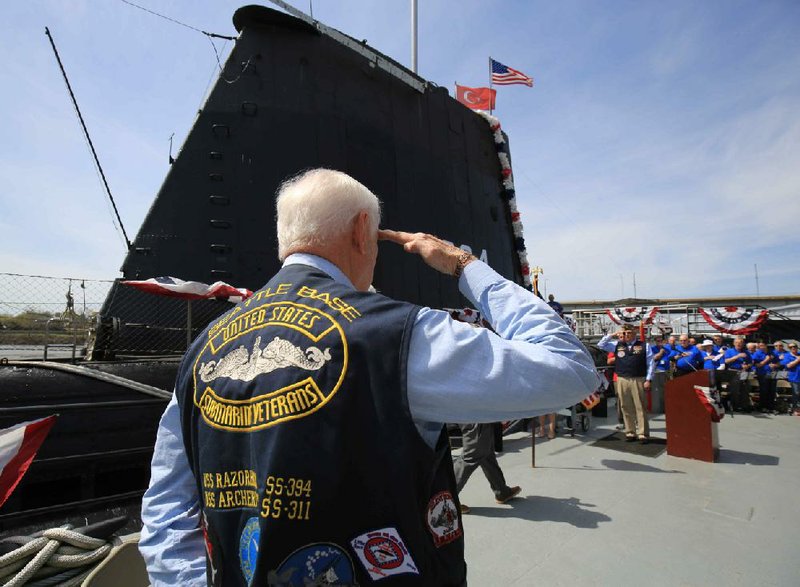 The USS Razorback submarine in North Little Rock will blow its horn on Friday, joining naval vessels nationwide in a salute to frontline workers fighting covid-19, according to a news release.

Camille Smith, director of special events at the Arkansas Inland Maritime Museum, said the organization will participate in a salute to frontline workers at noon Friday, along with quite a few other museum ships across the nation. The USS Razorback, housed at the Arkansas Inland Maritime Museum, will use its horn to conduct a “Master’s Salute” consisting of three five-second blasts, followed by two blasts that will last two seconds each.

William B. Cogar, executive director of the Historic Naval Ships Association, sent out a message on May 19 asking members of the association to take part in honoring frontline workers during the pandemic.

The Arkansas Inland Maritime Museum is home to two floating Naval vessels that bookend World War II: the tugboat Hoga, designated a National Historic Landmark and recognized for its role during the Pearl Harbor attack of 1941; and the submarine USS Razorback, which was in Tokyo Bay during the formal surrender of Japan, ending World War II.

The Hoga is most recognized for pushing the sinking USS Nevada to safety and preventing it from blocking the narrow channel.

Smith also said the facility will reopen Friday through Tuesday for museum tours only.

May 22 is National Maritime Day.