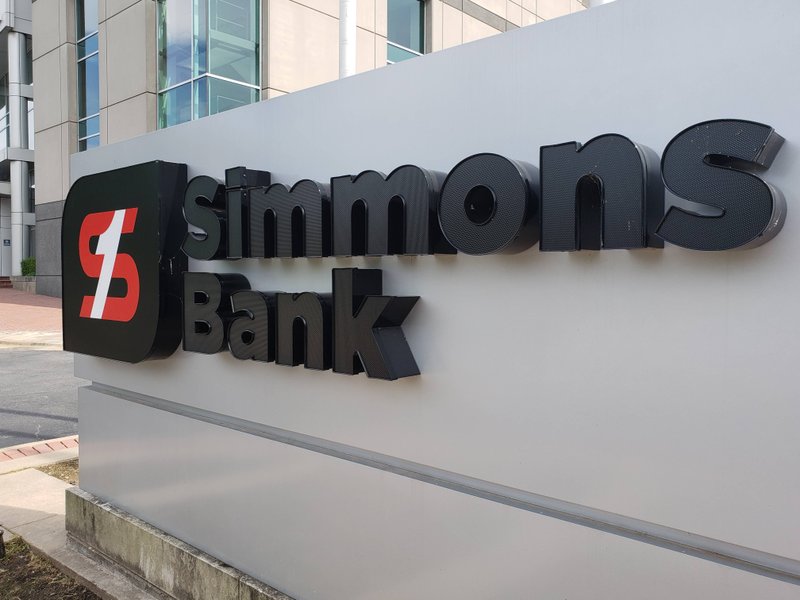 FILE - Simmons Bank in downtown Little Rock is shown in this 2019 file photo.

Simmons Bank has donated $1 million to aid in the construction of a pediatric clinic on the Jefferson Regional Medical Center campus in Pine Bluff.

The news was announced Thursday in a joint release from Simmons Bank and the Arkansas Children's Foundation.

The Arkansas Children's Pine Bluff Clinic will be roughly 10,000 square feet, with 14 exam rooms and a lobby with "kid-savvy spaces" according to initial plans described in the release. Physicians assigned to the clinic will provide front-line care to newborns in the neonatal intensive care unit.

According to the release, the new clinic will require a $17.5 million investment for construction and operating expenses for the first five years of operation.

"Jefferson Regional provides vital health care to the southeast region of Arkansas," Brian Thomas, president and CEO of Jefferson Regional Medical Center, said in the release. "Providing a new pediatric clinic in association with Arkansas Children's will ensure we have long-term stability to continue providing the children of this region great healthcare."

In appreciation for the gift, Thomas said the clinic lobby will be named in honor of Simmons Bank.

In an emailed statement, George Makris Jr., chairman and CEO of Simmons Bank, said that the bank, founded by a Pine Bluff physician, Dr. John Franklin Simmons in 1903, has a long commitment to the Delta region of Arkansas and is proud to be a supporter of the project.

"Simmons Bank owes its success to the support of Pine Bluff and Southeast Arkansas during our earliest years," Makris said. "With our community bank heritage, Simmons takes a keen interest in the quality of life in the communities we serve. Certainly quality health care contributes greatly to that goal. We believe the investment by Children's, in partnership with Jefferson Regional, will provide quality pediatric care that is the cornerstone for a community."

Fred Scarborough, president of Arkansas Children's Foundation, said in an email that the Arkansas Children's statewide network provides the more than 700,000 children living in Arkansas with access to quality health care, often within a few miles of where they live.

Marcy Doderer, president and CEO of Arkansas Children's Hospital, said in the release that the support of Simmons Bank is especially timely as health care professionals throughout the world struggle on the front lines of the coronavirus crisis.

"We continue to care for sick and vulnerable children because we know that delayed care could result in lifelong health complications," Doderer said in the release. "Our children need us now more than ever."

Ashley Leopoulos, a spokesperson for Arkansas Children's Foundation, said that, including the $1 million donation by Simmons Bank, $7 million has been raised in support of the project.