Record joblessness cited for April surge in payments past due by KATHY ORTON THE WASHINGTON POST | May 23, 2020 at 1:57 a.m. 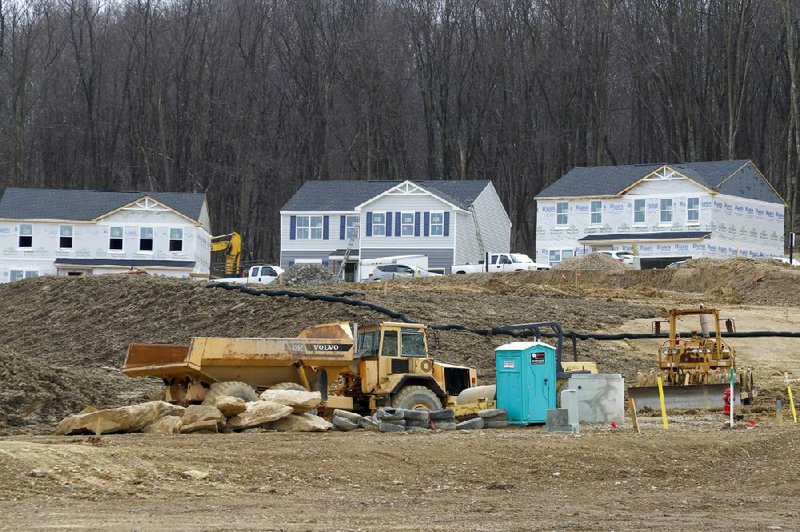 The national mortgage delinquency rate jumped to 6.45% in April, almost double the March rate, as the coronavirus pandemic slowed the economy and unemployment rose to 14.7%. (AP/Keith Srakocic)

Record unemployment caused by the coronavirus pandemic led to the largest one-month increase in mortgage delinquencies ever recorded. The number of borrowers who stopped paying their home loans spiked by 1.6 million last month, new data show.

Not even during the 2008-2009 recession did delinquencies rise this fast. During that time, it took 18 months before there was a single-month increase as large.

The national delinquency rate soared to 6.45% in April, up from 3.06% in March and three times the previous single-month record set in 2008, according to data released this week by Black Knight, a real estate data and analytics company. The 3.6 million borrowers who are now past due is the most since 2015.

The data represents homeowners who didn't make a mortgage payment in April, including those who are in forbearance plans. It comes from the company's loan-level database representing a majority of the national mortgage market.

"This is truly uncharted territory," Andy Walden, economist and director of market research at Black Knight, wrote in an email. "During the last financial crisis, it took more than a year and a half before we saw the first 1.6 million homeowners fall past due on mortgages as a result. In the economic fallout from covid-19, that many people became past due in April alone.

"Given that just 21% of the now 4.75 million homeowners in forbearance have made their May payments so far, this is a trend that is likely to continue."

The U.S. economy shed 20 million jobs in April and the unemployment rate soared to its highest level since the Great Depression as many businesses nationwide shuttered. The damage has been swift and severe: An additional 2.4 million Americans filed jobless claims last week, the Labor Department announced, pushing the nation's nine-week total past 38 million.

"Since 2006, there has been a very clear correlation between unemployment and past dues," said Marina Walsh, an economist with the Mortgage Bankers Association.

The rapid rise in delinquencies is in contrast with the recession. Back then, they were more spread out over a longer period of time.

"When you think of the Great Recession it really started in 2007, 2008, but delinquencies didn't peak until 2010," Walsh said. "With the Great Recession, quite frankly, it dragged on quite a while. It happened in waves. It's not as if a whole industry went flat. Like you have hospitality and tourism, there were whole industries that were put on hold."

But unlike the recession, the housing market is on better footing. Home values haven't fallen dramatically and many homeowners have equity in their homes. Because of that, Walsh doesn't expect foreclosures to be as devastating as last time. Under the CARES Act, foreclosures of federally backed mortgages have been temporarily paused. Walsh also pointed out that borrowers have more alternatives to avoid foreclosure.

The Mortgage Bankers Association, which releases its delinquency data quarterly, found that past-due mortgages rose to 4.36% in the first quarter after being at an all-time low of 3.77% in the fourth quarter of 2019. They also track the number of loans that have gone into forbearance. When a loan goes into forbearance, payments are reduced or postponed.

The number of loans in forbearance is also increasing, albeit at a slower pace than previously. Black Knight found that 4.75 million homeowners, or 9% of mortgages, had entered into forbearance plans, representing $1 trillion in unpaid principal balances. The Mortgage Bankers Association's survey of lenders found 4.1 million homeowners had requested a forbearance plan, or 8.16% of loans. By comparison, less than 1% of loans were in forbearance in early March. Under the CARES Act, homeowners can suspend their mortgage payments if they have a federally backed mortgage.

"The numbers are unfortunately pretty dismal," Walsh said. "The hope is with the stimulus coming to borrowers, unemployment [benefits] will help in the short term. I think a lot of this is going to be regional."

Black Knight's data show that states that are home to some of the hardest-hit industries are suffering the most. The biggest increases in delinquent mortgages were in: Nevada (5.2% increase), New Jersey (5.1%) and New York (4.9%). Miami (7.2%), Las Vegas (6.2%) and New York City (5.4%) topped the metropolitan areas.

The pace of mortgages going into forbearance has slackened recently with 93,000 borrowers entering into it last week, down from 1.4 million in the first week of April. Black Knight also found that of the 4.25 million homeowners who were in forbearance at the end of April, nearly half made their April mortgage payment.

Just as not everyone who is delinquent on their mortgage is in forbearance, it is also true that not all borrowers who are in forbearance have stopped making payments. Some made full payments but are holding onto forbearance as a safety net while others made partial payments to lessen the amount they ultimately have to repay.