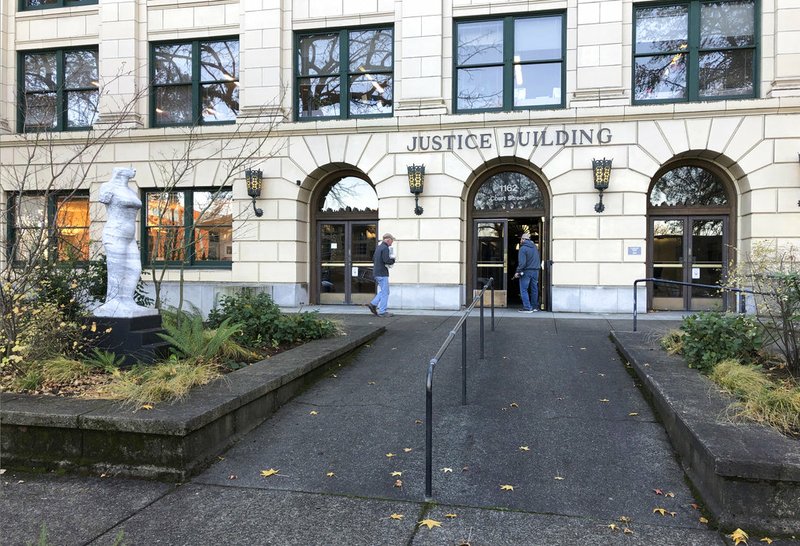 PORTLAND, Ore. — The Oregon Supreme Court is giving a rural judge until Tuesday to toss out his ruling that found the governor’s coronavirus restrictions are invalid.

If the judge declines to do so, justices said Saturday that Baker County Circuit Judge Matthew Shirtcliff must explain why and give the state and churches who sued over the stay-at-home directives an opportunity to make further arguments.

Shirtcliff ruled Monday that Gov. Kate Brown had exceeded her authority by shutting down in-person religious services to slow the spread of the novel coronavirus. The lawsuit was brought by 10 churches around Oregon and later was joined by several local elected officials and business owners.

Shirtcliff’s broad ruling also invalidated many of the other provisions of Brown’s stay-at-home order, including a ban on public gatherings and a ban on non-essential businesses and sit-down service in bars and restaurants. The ruling invalidated additional orders, including one that halted residential evictions for nonpayment of rent, and one that prevented federal stimulus checks from being garnished.

On Saturday, the justices sent the case back to Shirtcliff with orders to expunge his ruling or explain why not.

In his opinion, Shirtcliff wrote that the damage to Oregonians and their livelihood was greater than the dangers presented by the coronavirus. He also noted that other businesses deemed essential, such as grocery stores, had been allowed to remain open even with large numbers of people present and have relied on masks, social distancing and other measures to protect the public.

“The governor’s orders are not required for public safety when plaintiffs can continue to utilize social distancing and safety protocols at larger gatherings involving spiritual worship,” he wrote.

The ruling by the judge in Oregon turned on the legal mechanism Brown used to issue her orders. The plaintiffs allege — and the judge agreed — that they were issued under a statute pertaining to public health emergencies, not an older provision that addresses natural disasters such as storms, earthquakes or floods.

The public health statute contains the 28-day time limit, while the other does not contain a time limit.

Brown maintained in court papers that the statute on public health emergencies was intended by the Legislature to supplement, and not supersede, the emergency powers granted her for natural disasters — including disease — and therefore the time limit doesn’t apply.

Brown declared a statewide state of emergency due to the virus on March 8 and has issued multiple executive orders since then, including the closure of all schools, nonessential businesses and a ban on dine-in service at restaurants and bars.

Earlier this month, Brown extended the order another 60 days until July 6. All but one Oregon county, however, has since received the state’s approval to begin loosening the coronavirus restrictions. In those counties, restaurants can provide dine-in service with 6 feet of social distancing and salons, gyms and other nonessential businesses can also reopen with strict safety precautions.