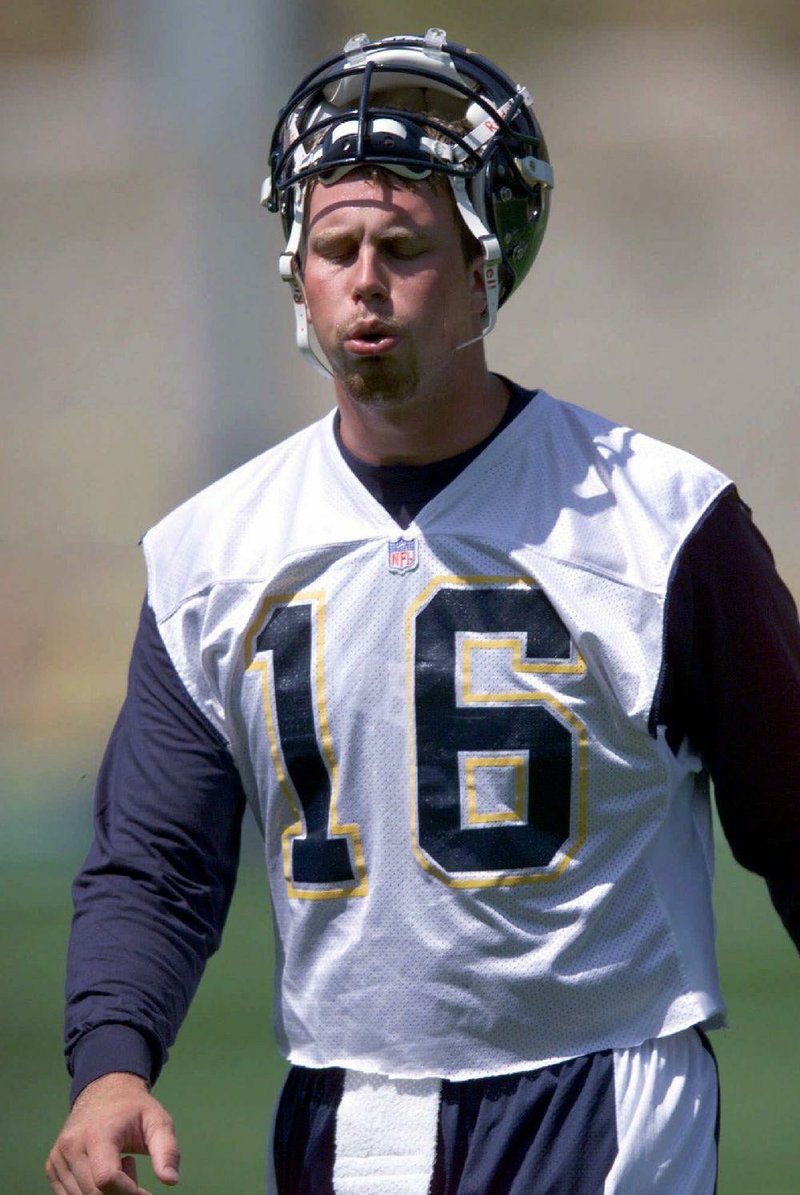 Former NFL quarterback Ryan Leaf was arrested in Southern California on Friday. Leaf, 44, was arrested on a domestic battery charge in Palm Desert, which is about 110 miles southeast of Los Angeles, according to booking information provided by the Riverside County sheriff's office Saturday. Leaf is being held on $5,000 bail. Leaf finished third in Heisman Trophy voting in 1997 and led Washington State to the Rose Bowl. He was drafted by the San Diego Chargers as the No. 2 pick in 1998, but he was only 4-14 as a starter in three seasons. He was 0-3 with the Dallas Cowboys in 2001 and finished his four-year career with 14 touchdown passes and 36 interceptions. He was arrested in 2012 for breaking into a home in Montana to steal prescription drugs, which violated his Texas probation and led to prison. In July, Leaf was hired by ESPN to be a football analyst. He also worked for the Pac-12 Network last season and has been co-hosting a show on SiriusXM's Pac-12 channel.

Linebacker Anthony Chickillo has agreed to a contract with the New Orleans Saints after playing the past five seasons with the Pittsburgh Steelers. The deal was announced Saturday by Saints General Manager Mickey Loomis. The 6-3, 255-pound Chickillo is changing teams for the first time. He was drafted in the sixth round by Pittsburgh in 2015. Chickillo played in 11 games for the Steelers last season, finishing with 11 tackles and half a sack. The 27-year-old out of Miami has played in 65 regular-season games with nine starts while also contributing as a regular on special teams.

Former Howard quarterback Caylin Newton, the younger brother of ex-Carolina Panthers starter Cam, says he is transferring to Auburn. Newton announced his decision on Twitter on Friday, following in his brother's footsteps. Cam Newton won the Heisman Trophy in 2010 while leading Auburn to the national championship. The 6-foot, 195-pound Caylin Newton will be eligible immediately as a graduate transfer. He entered the NCAA's transfer portal in October after playing in four games. He will walk on with the Tigers, who are already at their 85-player scholarship limit. Newton was the 2018 Mid-Eastern Athletic Conference offensive player of the year after passing for 2,629 yards and rushing for 504 yards. He was the league's rookie of the year as a freshman. Auburn returns starting quarterback Bo Nix, but has scant experience behind him.

Olympic ski champion Anna Veith has twice returned to the top from serious knee injuries. A year after blowing out her knee for the third time, the 2014 super-G gold medalist from Austria is leaving the sport. Veith announced her retirement live on Austrian TV on Saturday, ending a career marred by injuries since she won her second overall World Cup title in 2015. Veith, 31, won 15 World Cup races from 2011 to 2017, and collected eight medals from major events, including four golds.