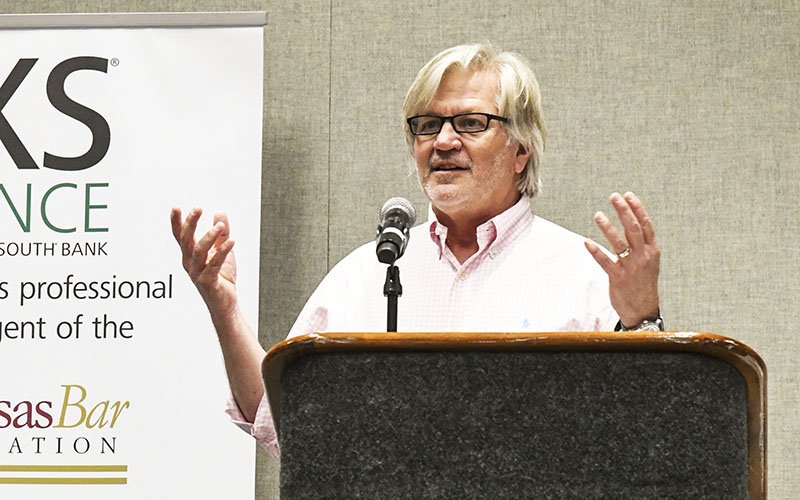 One of Arkansas' most prolific sponsors of ballot initiatives announced Friday that he plans to push for a vote this November on a proposal to adopt ranked-choice voting for most state offices.

David Couch, who is already involved with efforts to overhaul the state's redistricting process through this year's elections, filed a new proposed amendment to the Arkansas Constitution with the secretary of state's office on Friday.

Under Couch's proposal, candidates for partisan offices such as governor, Congress or the state Legislature would run in an open primary against other candidates for that office from their party, opposing parties and independent candidates. The four candidates with the most votes in the open primary would then advance to the general election, where voters would then get to rank their preferred candidates one through four.

If no candidate wins an outright majority in the general election, the candidates with the fewest votes will be eliminated, and voters' second and third choices would be added to the remaining candidates' tallies until someone clears the majority threshold.

Couch, who also wrote and led the successful effort to legalize medical marijuana in Arkansas in 2016, has considered the idea of attempting to change Arkansas' election process since at least 2018, he previously told the Arkansas Democrat-Gazette. Other kinds of open-primary systems have been proposed by others, such as one Republican lawmaker's bill to adopt a Louisiana-style "jungle primary," which was defeated last year.

The only other state that uses ranked-choice voting for most statewide elections is Maine, which adopted the system in 2016.

According to FairVote, an organization that advocates for ranked-choice voting, the system has been adopted for local elections in several municipalities, including Minneapolis, Oakland, Calif., and San Francisco.

As in Maine, Couch's proposal would not apply ranked-choice voting to elections for president. It also would not apply to nonpartisan judicial elections, which are held at the same time as partisan primaries in Arkansas (judges in Maine are appointed).

Critics of ranked-choice voting often say that it is confusing and that it elevates candidates who have less support under different systems.

In the 2018 midterm elections in Maine, Republican U.S. Rep. Bruce Poliquin led all other candidates with 46.3% of the vote in an initial tally. However, after two lower-performing candidates were eliminated and their voters' ballots reassigned based on second preferences, Democrat Jared Golden was declared the winner with 50.5% of the vote.

"When Democrats lose power, they will stop at nothing to confuse and diminish the will of the majority," said Arkansas Republican Party Chairman Doyle Webb in response to Couch's proposal.

The state Democratic Party's platform, while supporting other election changes such as universal voter registration and voting by mail, makes no mention of ranked-choice voting.

Michael John Gray, the state party's chairman, said the issue is divisive among the membership.

"There's a lot of people in the party that are supportive of that and a lot that are immediately against it," Gray said.

Gray said that language in Couch's proposal that would continue to allow political parties to endorse candidates and have candidates appear on the ballot along with their party label would assuage much of the concerns Democrats have.

In order to get his proposed amendment on the 2020 ballot, Couch will have to gather nearly 90,000 signatures by July 3, a compressed time frame, especially during a pandemic that has kept people in their homes. Most backers of other proposed amendments began gathering signatures months ago.

If Couch collects enough signatures, and the proposal survives legal challenges, it will take a majority vote to pass in the Nov. 3 general election.