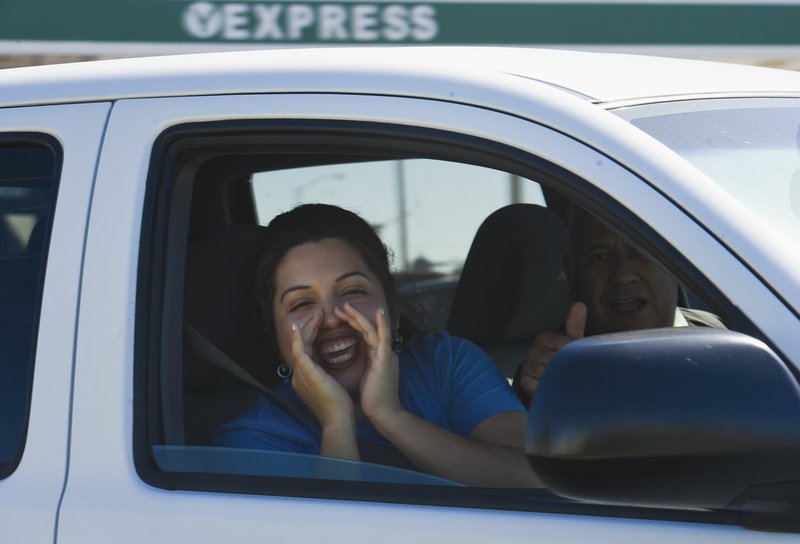 Drivers yell out in support Friday during a protest rally at George's Hatchery Plant in Springdale. A poultry workers' rights group, Venceremos, hosted a rally and car caravan to protest how workers are being treated in relation to covid-19. Go to nwaonline.com/200530Daily/ for today's photo gallery. (NWA Democrat-Gazette/Charlie Kaijo)

SPRINGDALE -- A caravan of protesters rallied in front of chicken processing plants in Northwest Arkansas on Friday after a spike in covid-19 cases linked to the industry was reported this week.

More than 100 new cases came from poultry workers across the state in the past five days, according to the Arkansas Department of Health. The Hispanic or Latino populations comprise most of the active cases linked to the poultry industry, data show.

Magaly Licolli, co-founder of Venceremos, said Friday the companies aren't doing enough to protect their workers during the pandemic.

"The companies are reacting too late," Licolli said. "For them, it's more important to keep their production rather than protections for these workers."

About 50 protesters stood on the sidewalk outside of the Tyson plant on Berry Street and held up signs reading "People > chicken," "protect = respect" and more.

This week the total number of cases from people employed by the poultry industry climbed to 415, the Health Department reported Friday. That's up 37% from Monday when there were 301 cases. All eight of the businesses in the latest covid-19 job cluster report process chicken or turkey.

At least 69% of the cases are Hispanic or Latino, according to the report.

Historically, meatpacking worker conditions have faced scrutiny from advocacy groups, labor unions and other critics for health and welfare reasons. As thousands of plant workers test positive for covid-19 across the nation, resulting in temporary closings that rattle commodity and financial markets, the coronavirus has added another layer of concern.

Nationwide, 44 meatpacking workers have died from covid-19, and some 30 plants have closed since March, according to the United Food and Commercial Workers union, the largest labor group representing food processing workers. President Donald Trump signed an executive order last month to keep beef, pork and chicken plants operational through the pandemic.

Spokesmen with Tyson Foods and Cargill said they have been taking protective measures meeting or exceeding federal guidelines. These steps include implementing temperature checks and installing plexiglass barriers along the production lines and in break rooms. They said they are supplying protective face masks and offering paid sick leave to workers who test positive for covid-19.

Cargill spokesman Daniel Sullivan said the company offers up to 80 hours of paid sick leave to workers for covid-19 reasons in addition to their normal benefits. The company is also covering any fees or co-pays for testing.

Tyson spokesman Derek Burleson said "we pay team members when they're sick with the flu or covid-19" and eliminated the waiting period for eligibility for short-term disability benefits "so workers can receive pay while they're sick."

Licolli is skeptical of the claims and said the workers spend hours every day shoulder-to-shoulder doing repetitive jobs in confined quarters, she said.

"Of course it's going to increase the risk of more workers getting sick," Licolli said.

Smith said the region's Latino and Hispanic populations have been affected by the virus, in part, because of where they work.

"We have had some cases that although they involve the community, there's been perhaps some acceleration with some workplaces, particularly those associated with the poultry industry," Smith said Friday at the daily briefing.

In cases where patients have been at work, department staff contact their employers to learn if they have been in close contact with other employees. The department then contacts those employees to inform them they may have been exposed to the virus and should get tested and/or quarantine, Dillaha said.

She said the department ideally would work with businesses to test all of their employees.

"I know that we're working on doing that whenever possible," she said.

She said the department encourages businesses to have policies allowing employees to stay home if they are sick.

"If they're punished for missing work, then they might try to work when they're sick, and we don't want that to happen," Dillaha said. 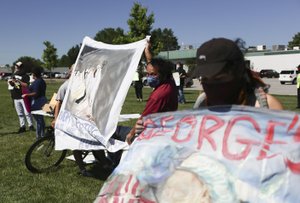 Protestors hold up signs Friday during a protest rally at George's Hatchery Plant in Springdale. A poultry workers' rights group, Venceremos, hosted a rally and car caravan to protest how workers are being treated in relation to covid-19. Go to nwaonline.com/200530Daily/ for today's photo gallery. (NWA Democrat-Gazette/Charlie Kaijo) 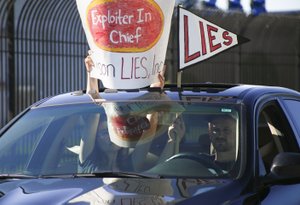 Protestors hold up signs Friday during a protest caravan and rally at the Tyson Foods plant at 600 Berry St. in Springdale. A poultry workers' rights group, Venceremos, hosted a rally and car caravan to protest how workers are being treated in relation to covid-19. Go to nwaonline.com/200530Daily/ for today's photo gallery. (NWA Democrat-Gazette/Charlie Kaijo)

The following poultry plants had at least five covid-19 cases as of Friday.

• Cargill Poultry in Springdale: 44 cases with one recovered

• Tyson in Rogers: six cases with one recovered