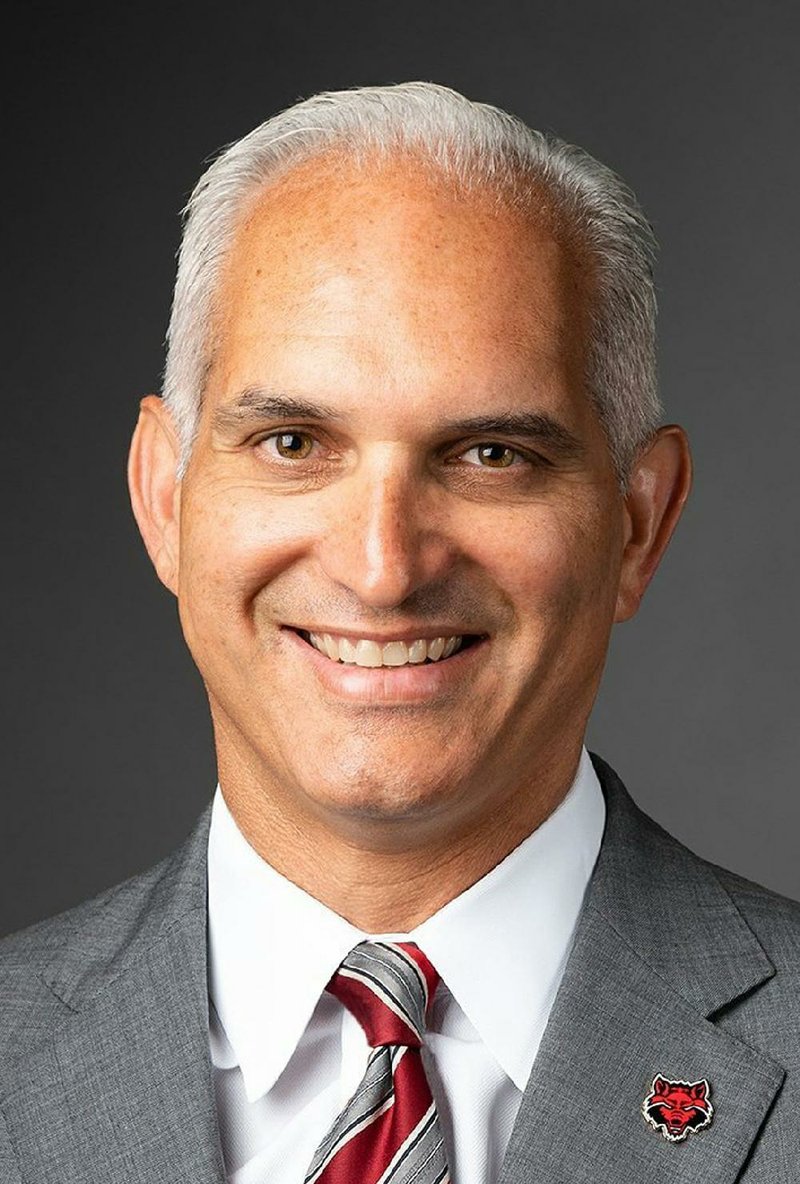 It's been seven years since Arkansas State University and Memphis met on the football field, but beginning this year, the two programs are set to meet eight times over the course of the decade.

"We appreciate them wanting to play, and we think it's a good game for both of us -- a good game for their fans, a good game for our fans," Mohajir told the Arkansas Democrat-Gazette. "I think, outside of the SEC, there's not gonna be anybody that travels as good to the Liberty Bowl [in Memphis] than us. And I believe that there's nobody in the Group of 5 that would travel to our home as good as they would.

"Eight games in a decade is pretty darn good."

Eight more games in a series that's already seen nearly 60 of them.

Memphis leads the all-time series over ASU, 29-23-5, according to the Red Wolves' media guide. An asterik is marked next to the "23" in the record book to indicate an ASU win was vacated because of NCAA sanctions. That vacated result was ASU's 26-23 victory at Memphis in October 2006. Memphis' media guide still shows the Tigers with a 29-24-5 advantage. The 58 total meetings against Memphis are the most against a single opponent in ASU history.

The schools' first matchup was on Oct. 27, 1914, in Memphis -- an 18-6 victory for ASU. The series was once commonly referred to as the "Paint Bucket Bowl," a name that was adopted unofficially in the 1950s in reference to the winner's trophy being a paint bucket, according to the ASU athletics website.

Today it can be conceded the matchup has lost much of its rivalary steam. After all, ASU and Memphis haven't played since Sept. 21, 2013 -- a 31-7 home win for Memphis -- and they've played only nine times since 2000.

Mohajir, who played football at ASU from 1990-91, still said the game has long been important for ASU.

"It's always been a big game," Mohajir said. "It's a really good regional matchup."

Whether it's still a meaningful rivalry can be debated.

ASU, a Sun Belt Conference member, and Memphis, a member of the American Athletic Conference, don't play in the same league.

"I mean I guess it all depends on your definition of 'rivalry,'" Mohajir said. "'Rivalry' is something that's used many, many times. People talk about Arkansas State and [the University of Arkansas at] Little Rock as a rivalry. We're in the same conference. It's a basketball rivalry. I don't really know if we're rivals in anything else.

"I don't know if I would consider [ASU-Memphis] necessarily a rivalry, so to speak, because we don't play every year, and usually you play every year and both entities are engaged and there's rivalry cups and all kinds of stuff."

ASU and Memphis do meet frequently in other sports as well.

This past academic year, Memphis was on the schedule for baseball (although the two April games were canceled because of the coronavirus pandemic), women's basketball and cross country. The men's basketball team hasn't faced Memphis since Dec. 1, 2010, but the Tigers are 31-26 all time against the Red Wolves. Mohajir said a future meeting in men's basketball is in the works.

But why has it been seven years since ASU and Memphis last played football?

Mohajir said that it's because ex-Memphis coach Justin Fuente, who coached the Tigers from 2012-15 and has coached Virginia Tech since 2016, did not want to schedule ASU.

"He didn't want to play," Mohajir said. "I don't know. You'd have to ask him. That's what I was told by their administration."

The current four-game series (2020-23) was scheduled back in 2016, when Mike Norvell had already taken over as Memphis' head coach. Tom Bowen was the Memphis athletic director at the time of the deal. The new deal for 2026-29 was done with Laird Veatch, who was named Memphis' athletic director in August. The Tigers also have a new head coach in Ryan Silverfield, an assistant under Norvell who was promoted in December after Norvell took the Florida State job.

Veatch declined to comment on the ASU football series through a school spokesperson this week.

"I think he thinks it's a good game," Mohajir said.

Mohajir indicated a big reason for scheduling Memphis has to do with revenue.

With ASU's and Memphis' respective stadiums about a 75-mile trip apart, it's an easy trek for each school's team and fan base to make, and more fans in the seats equates to more revenue. Having two successful Group of 5 programs -- each of whom have consistently gone to bowl games and competed for and won conference titles in recent years -- within close proximity play each other in the non-conference slate also generates added buzz.

Time will tell if it becomes a trend past 2029.

"So we, as practitioners and people of higher ed and as ADs, our job is to try to fill the stadiums each week, and if you can create regional matchups to try to fill the stadiums in each week, that becomes special -- not only to the people that are all on the field, that are playing and performing with the brand that you love so much, but it's also exciting to the fans that care about the brand, and that's what we're trying to do."