A year of solar

It has now been a full year of solar power at the Carson home. 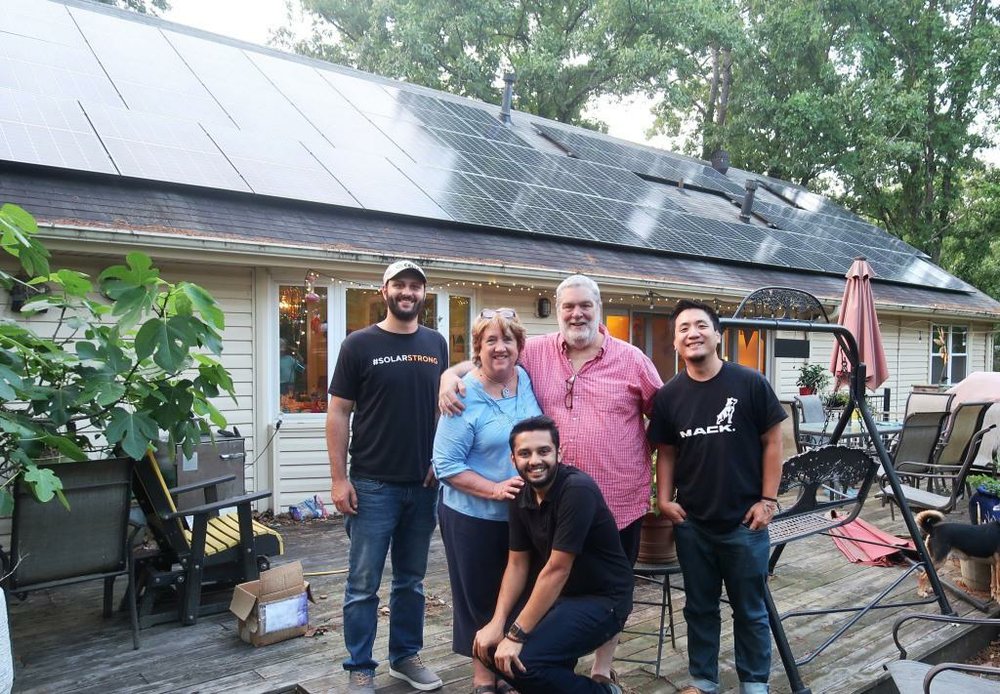 We had toyed with the idea of solar power for a while, but could not find anyone to help us with an explanation of how it worked, and/or it was too expensive. We had a few people come by to give us quotes and they ran the gamut of what we needed and what it cost. One that stood out for us was AEV Solar. They did not send a salesman, but rather one of the co-owners, John Ekdahl. It turned out he was the grandson of one of my friends who is also a Master Gardener. As we got interested, he brought in his partners Jamin and Kevin. 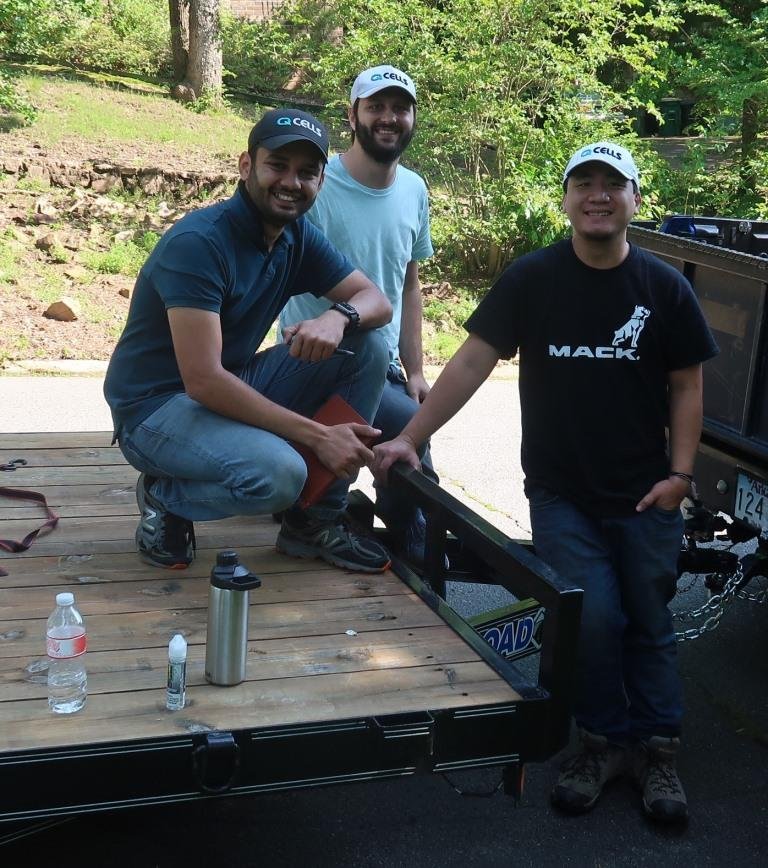 They are all young folks, younger than our own children, but they knew their stuff and they didn't wow us with smoke and mirrors. They showed us real data. They had some innovative software that modeled how the sun hit our roof. To be successful they wanted to replace at least 60% of out usage from the grid with solar. It was clear that we had far too much shade with our existing trees, and it was determined that it would not pay off for us unless we removed 7 trees. That was almost a deal breaker for me.

If we removed those trees, we would see around 80% of our usage offset by solar. This made the work make sense with a 3 to 5 year payback. Some of the trees were not great, and were not a major loss, but 3 were sizable, good trees. I mourned their loss. The night before they were removed, I personally spent time with each of the 7 trees telling them how sad I was to lose them. It was not a good day for me as they came down. I could not watch them being removed. 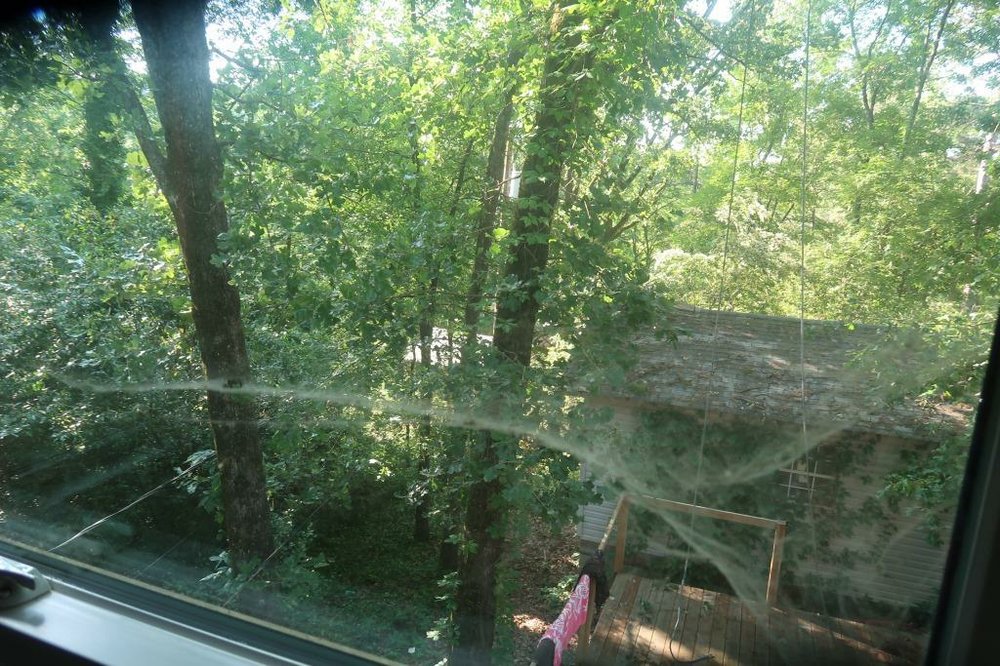 To this day they have given back even more by supplying us with firewood for the foreseeable future!

The trees came down and the panels went up. 49 panels were installed, 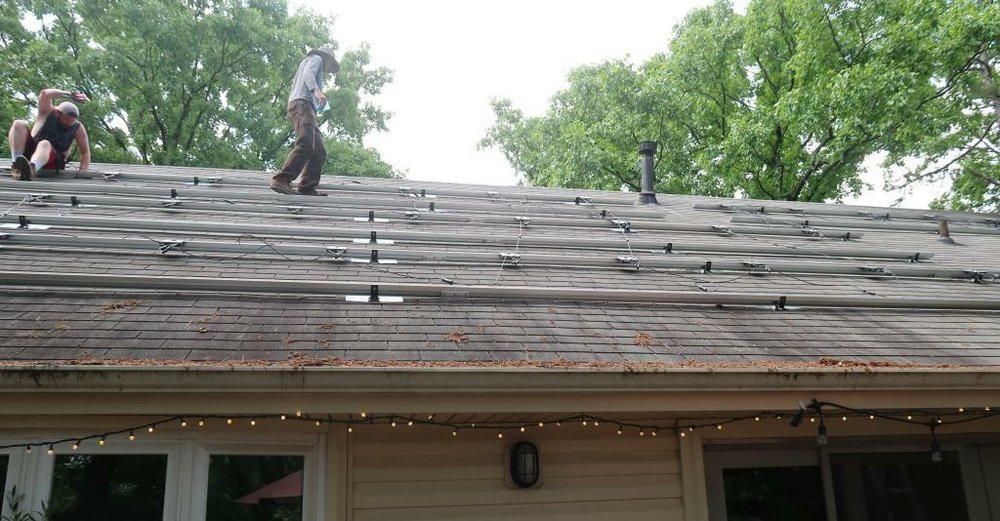 covering almost all of our southern exposed roof. Clay was ecstatic. To him those panels looked like the future. Total capacity was theoretically 18.5 KW. I was still missing my trees! The AEV guys did not take my feelings lightly. They knew what it cost me, and they were so respectful. They also handled all of the dealings with Entergy, getting the necessary permits, as well as financing. We really came to love those guys. They were/are like family. 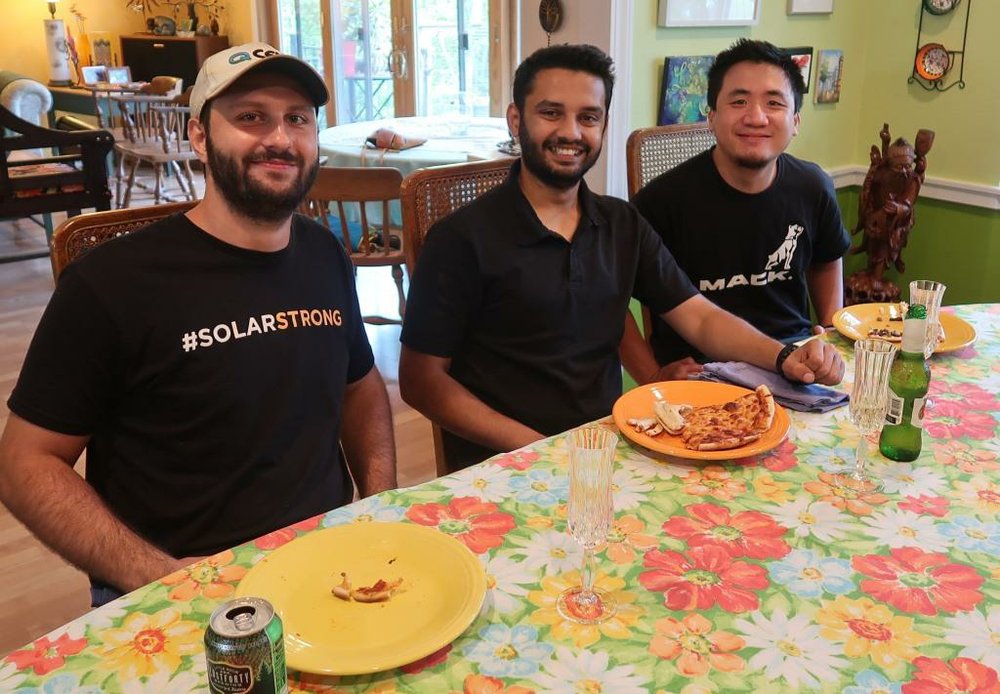 The system went live May 15, 2019. Clay had done his homework and also installed several computer apps to monitor our system. To say he became a bit obsessed would be an understatement. I decided he wanted to make the Guinness book of world records for best solar usage in one year! He watched the SolarEdge monitoring app like a hawk, totally obsessed. He thought it was fun to go to the electric meter when the sun was out and watch the little wheel turn backwards! Sticking it to the man! I just wanted to keep the house as cool as possible and not have to pay for it!

It got worse when he decided that just knowing how much electricity was produced was not enough. He also needed to know how much electricity we were using, so he installed a Sense home monitor. This is a small device that hooked into our electric meter that showed not only how much power we generated, but how much we purchased from the grid, and how much we sold back to Energy.

This is how it works. We buy electricity at 10 cents per kilowatt hour (KWH). What is a KWH? Imagine that you have a light bulb that uses exactly 1 kilowatt of electricity. Turn that on for one hour and you use 1 KWH that you pay 10 cents to the utility company. Of course we have a lot of appliances that use different amounts of electricity. The Sense device not only monitors total electricity in and out, but identifies different devices and how much they use and when they use it individually. Clay went overboard on this. He started monitoring the app from work and would call me to see if I had the dryer on, or the oven running. It was driving me crazy! He also decided we needed a more efficient hot water heater and dryer. I was not replacing anything until it broke. Eventually he settled down (after I quit answering his calls!) Luckily for him, our dryer gave up the ghost two weeks ago and we now have the most energy efficient dryer on the planet. Whatever man built our house, didn't think it was important to vent the dryer. We have dealt with lint ever since we owned this house. We now have a heat pump, non-venting dryer, and no more lint or high humidity in the laundry room, but for what it cost, it should not only dry the clothes, but iron and fold them too! We still have the same hot water heater.

When we put the system in, there were 4 adults living in our house. Now there are two. Clay has finally settled down a bit, and the questioning phone calls have stopped, but he is still big brother and monitors everything. His goal is and will always be to produce more power than we use. In the summer, that is doable, but with the cloudy days this winter, not so much.

We use a lot of power, but we also had a good year. We generated 21,020 KWH. That would have cost us $2416 if we bought it from the power company. We used 24,300 KWH. If you do the math, our solar system generated 86% of our power usage, a little better than was simulated when we bought the system. From the time the system went in we had an $11 bill (the minimum for doing business) until late fall. Since I had been doing a levelized bill with Entergy when we put this in, we didn't actually pay an electric bill until January. The cloudy months did give us a bill, but since April, we are back to $11 a month, and the IRS actually gave us a nice tax credit, so that worked out.

Now that we are down to a two person home instead of four, our energy usage is way down. For the month of April, we over-produced, generating 165% of our usage. We send it back to the grid and Energy gives us a credit that will be used on rainy days and in the summer when the air conditioner gets used a lot. Clay thinks that with the two of us in the house we will be close to 100% solar. 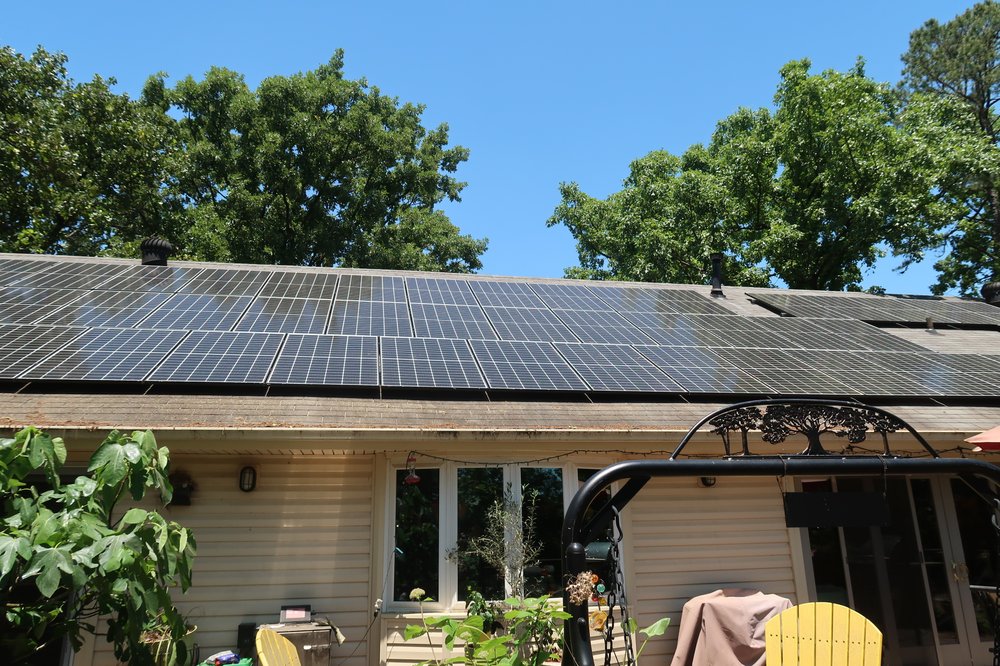 If we had it to do again, we would. If we weren't social distancing, we would have the AEV guys over for an annual celebration! If you want Solar or are just interested in finding out more information, I cannot give a higher recommendation to AEV Solar https://aevsolar.com/portfolio/ or call them at 501-791-9184. We think these guys are knowledgeable, fair and passionate about making a difference for the planet--one solar project at a time.