Elliott moves in; Harvick left out 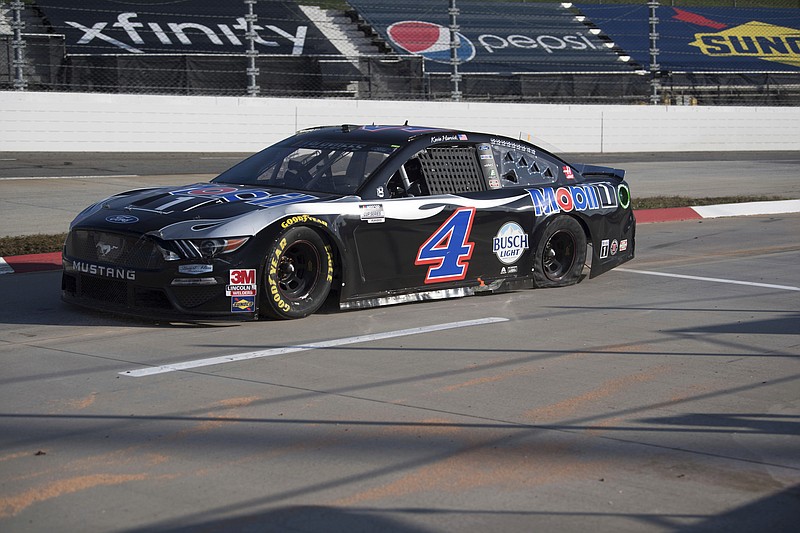 MARTINSVILLE, Va. -- Kevin Harvick was on cruise control all season long, the most dominant driver in NASCAR, coasting into the championship round with a comfortable cushion that left plenty of room for error.

That's how it was supposed to play out, at least, after Harvick won a Cup series-high nine races and the regular-season title.

Then his nearly perfect season came to a spinning and sudden halt Sunday when a mediocre run bounced Harvick from the playoffs in a stunning upset at Martinsville Speedway.

Chase Elliott won the high-stakes race to earn his first career berth in the championship four. It stopped Harvick one race short of the title round in a stunning collapse to a season spent as the favorite to win the Cup crown.

"We won nine races and had a great year. Just came up short," Harvick said.

Eight points short, to be exact, after his spinning 17th-place finish at Martinsville.

Harvick noted NASCAR's 10-race championship format is far different from the season-long points battle Richard Petty and Dale Earnhardt won seven times each. The system now spans three series of three races each, with eliminations in each round, before four drivers line up for a championship shootout.

"They aren't won the same way that Earnhardt and Petty did. You have to put together a few weeks and we didn't put together these last few weeks like we needed to," Harvick said. "That's the system that we work in and it's obviously skewed more towards entertainment than the whole year.

"It's exciting to watch."

Harvick was only mediocre at Martinsville and even fell a lap off the pace after a flat tire. His Stewart-Haas Racing team was in trouble, trying desperately to tune his Ford so that he could drive his way back onto the lead lap and back above the cutoff line.

But it was an incredibly long 500-lap points-chasing quest at NASCAR's oldest and smallest speedway. Harvick was racing for the fourth and final slot in the field, separated from Denny Hamlin and Brad Keselowski by one point on one lap, two on the next, back to one after that.

The three drivers were locked into a tense fight for single digit points because with Elliott out front, it left just two spots for three drivers.

Harvick was one point below the cutline when Elliott crossed the finish line. He needed to pass one car ahead of him -- Kyle Busch, Hamlin's teammate at Joe Gibbs Racing -- to grab that point and Busch wasn't going to make it easy.

Harvick tried to knock Busch out of his way in a failed desperate effort as they closed in on the finish line. Both cars spun and Harvick's season was done.

Elliott, Keselowski and Hamlin will race Joey Logano, who had already clinched his berth, in next week's finale at Phoenix. It's a matchup of a pair of Fords from Team Penske against Hamlin's Toyota and Elliott, the first Hendrick Motorsports and Chevrolet driver to make the finale since Jimmie Johnson won his seventh and final title in 2016.

Hamlin, a seven-time winner this season who went race-for-race with Harvick all year, lamented not getting a shot at his rival in Phoenix.

"I feel bad for Kevin. I think they deserve to be in. They have nine wins. There's not a person on this planet that would say they aren't a top-four team," Hamlin said. "We wanted to create a Game 7 moment, so this is what you get.

"If you have a bad race or two in a three-race series, you're out. Everything you do for eight innings doesn't matter if you don't have a good ninth inning."

Harvick was eliminated along with Alex Bowman, Kurt Busch and Martin Truex Jr., who battled for the win until a late loose wheel ended his shot.

Elliott, meanwhile, scored a must-win victory that put him in the finale after three previous failures to advance. It's a huge professional on-track accomplishment for NASCAR's most popular driver and gave the beloved Elliott family its first Martinsville trophy grandfather clock.

Bill Elliott was 0 for 45 at Martinsville in his Hall of Fame career, and Chase Elliott won in his 11th try.

"It's the biggest win ever for us," said Elliott, who earned his 10th Cup victory and career-high fourth of the season. "I've never been in this position before and it's exiting."

NASCAR this season moved Martinsville to the final elimination race in an effort to turn the .0526-mile paperclip into a short track throw-down. It made for 500 white-knuckled laps in which the contenders all showed up to win but also had in-race bobbles.

Elliott had back-to-back bad pit stops, including one late in the race in which Elliott could have drawn a race-crippling penalty when his jackman entered the service stall too early. The crew member smartly ran back to pit wall and touched it to re-establish his position, leading NASCAR to make a no-call on the slip. 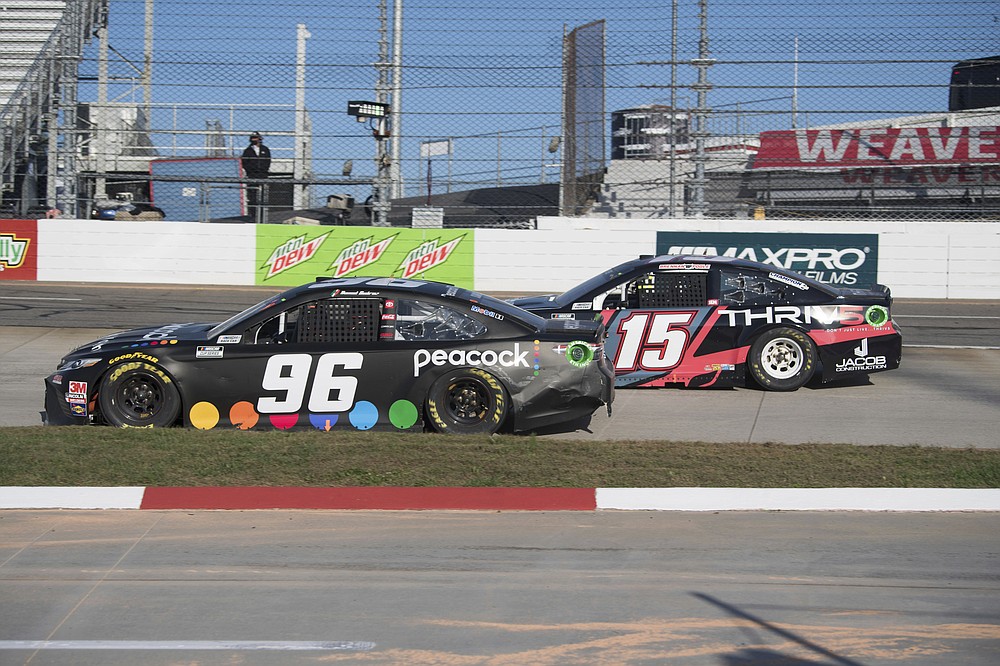 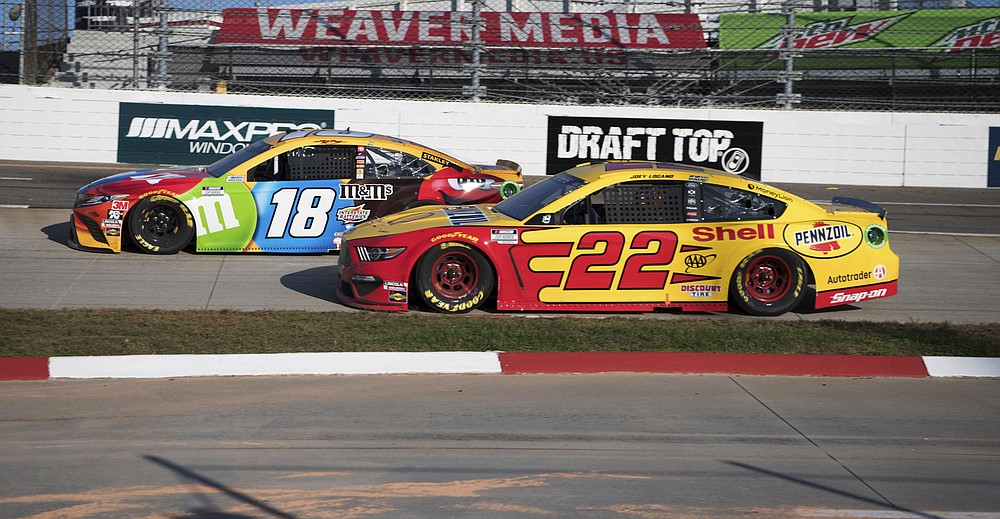 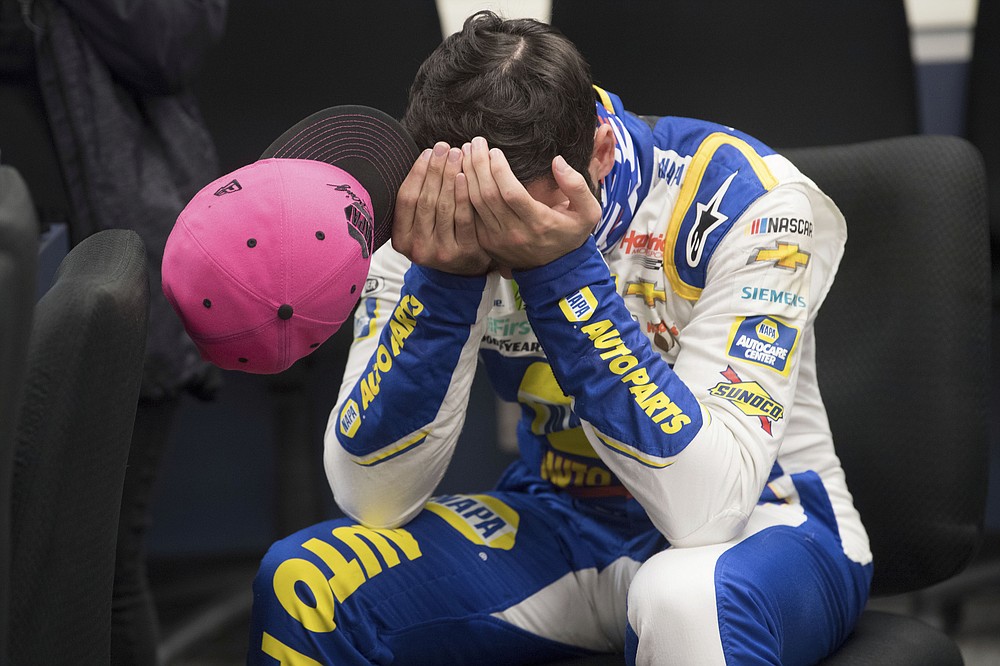 Chase Elliott (9) gathers himself while in the media room after winning a NASCAR Cup Series auto race at the Martinsville Speedway in Martinsville, Va., Sunday, Nov.1, 2020. (AP Photo/Lee Luther Jr.) 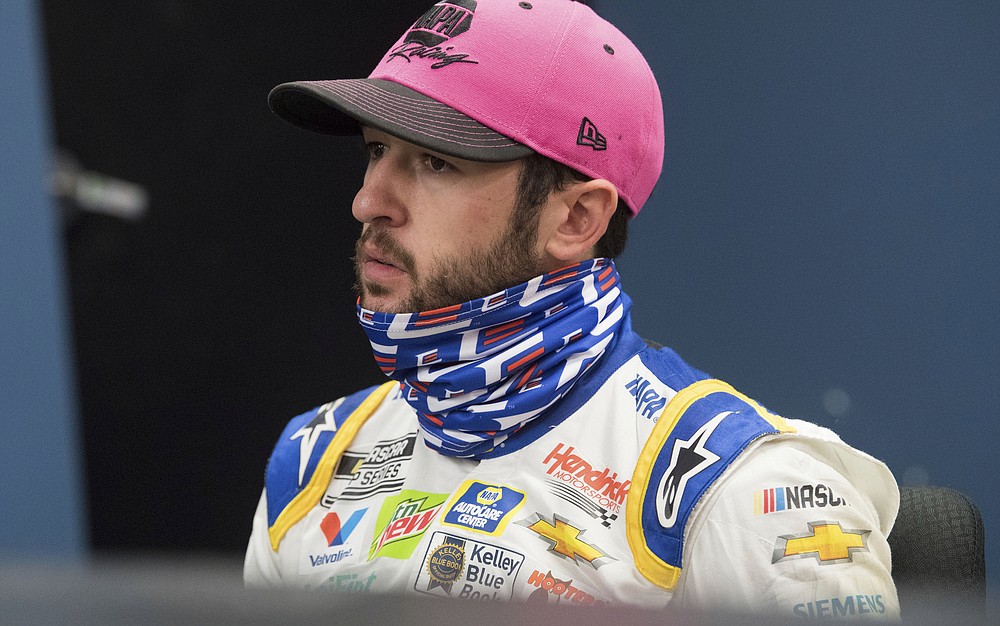 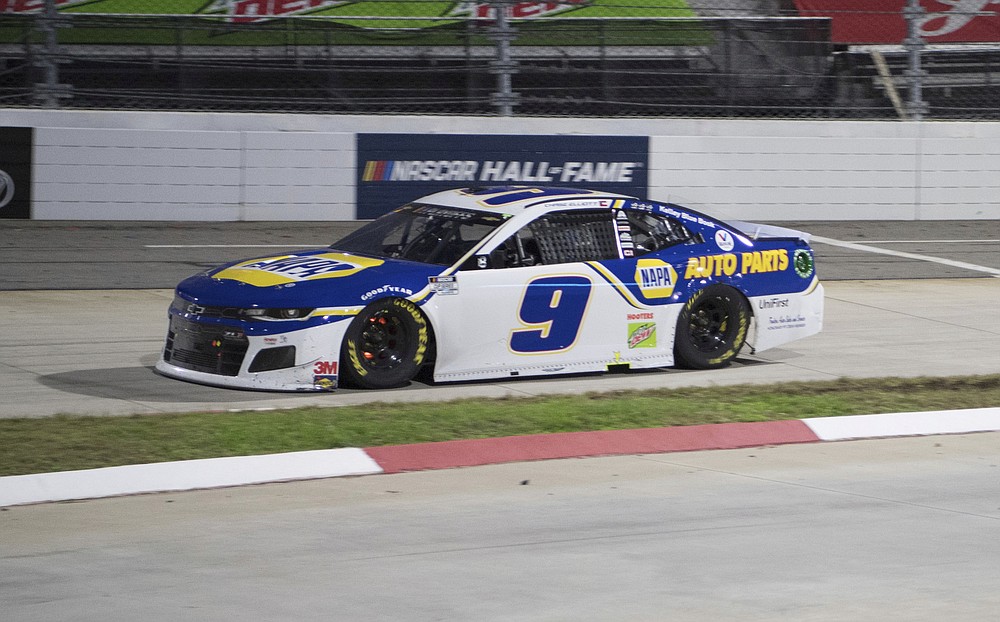 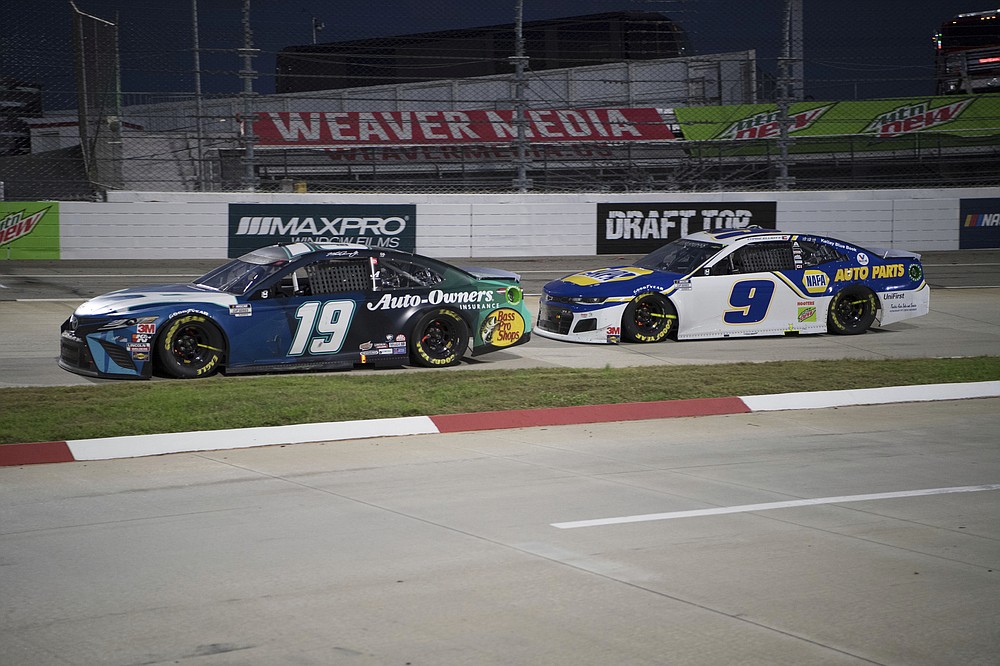 Martin Truex Jr. (19) could not hold the leaders Chase Elliott (9) would go on to wn during a NASCAR Cup Series auto race at the Martinsville Speedway in Martinsville, Va., Sunday, Nov.1, 2020. (AP Photo/Lee Luther Jr.)
ADVERTISEMENT