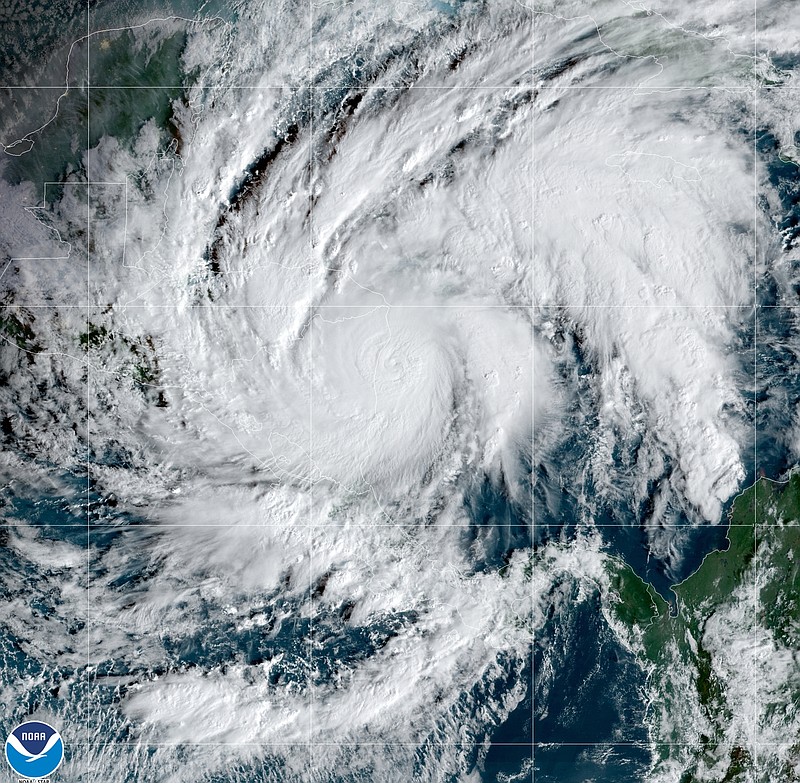 MANAGUA, Nicaragua -- The heart of powerful Hurricane Eta began moving ashore in Nicaragua on Tuesday with winds and rains that had already destroyed rooftops and caused rivers to overflow.

The hurricane had sustained winds of 140 mph, according to the U.S. National Hurricane Center, down from an overnight peak of 150 mph. Even before it made landfall, Honduras reported the first death after a mudslide trapped a 12-year-old girl in San Pedro Sula.

On Tuesday afternoon, the Category 4 hurricane was still on the coast, about 15 miles south-southwest of coastal Puerto Cabezas or Bilwi, and it was moving west near 5 mph.

Landfall came hours after it had been expected. Eta's eye had hovered just offshore through the night and Tuesday morning. The winds uprooted trees and ripped roofs apart, scattering corrugated metal through the streets of Bilwi, the main coastal city in the region. The city's regional hospital abandoned its building, moving patients to a local technical school campus.

Guillermo Gonzalez, director of the country's emergency management agency, said in a news conference earlier that there were reports of metal roofs flying off homes, trees, poles and power lines falling and rivers rising in the coastal area. There were no reported injuries or deaths Tuesday morning, he said.

[Video not showing up above? Click here to watch » https://www.youtube.com/watch?v=RbbiLiMbpFE]

About 10,000 people were in shelters in Bilwi and an equal number in smaller towns across the region, he said. The area had already been lashed with strong winds and heavy rain for hours.

The storm has been drenching neighboring Honduras with rains since at least Sunday, and the country reported its first death attributed to Eta early Tuesday.

In Honduras, there were at least 559 people affected by flooding who had to move to shelters or go to relatives' homes, he said. At least 25 people had been rescued, he said. His agency reported at least six rivers causing significant flooding.

Authorities in Nicaragua and Honduras had moved people Monday from outer islands and low-lying areas to shelters. Residents scrambled to shore up their homes, but few structures along Nicaragua's remote Caribbean coast were built to withstand such force.

Nicaragua's army moved troops specialized in search and rescue to Bilwi, the main coastal city in an otherwise remote and sparsely populated area.

Nicaragua Vice President and first lady Rosario Murillo appeared on television Monday and prayed for God to protect the country.