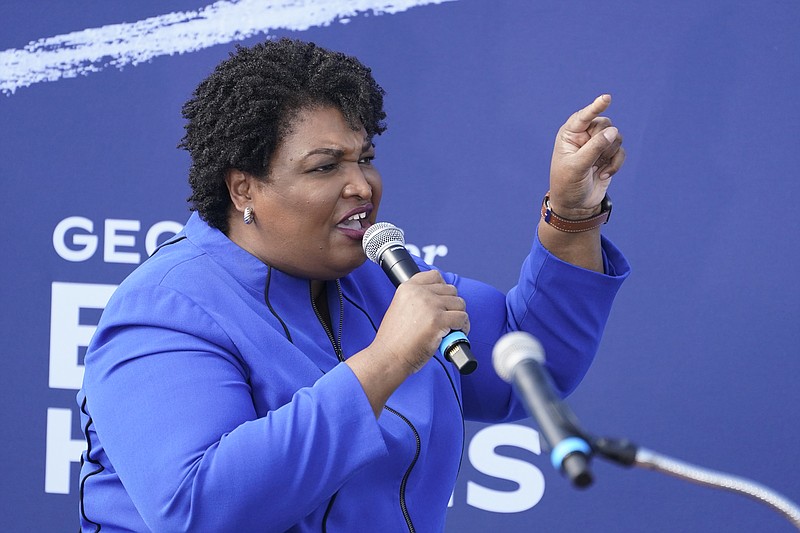 ATLANTA -- Stacey Abrams spent years working to convince political power players that Georgia is a genuine two-party battleground, a Deep South state where the left could compete if it organized Black voters and other sporadic voters.

Former Vice President Joe Biden is on track to become the first Democratic presidential candidate to carry the state in nearly three decades. The state's two U.S. Senate seats are heading to a runoff after Democratic candidates mounted strong challenges to Republican incumbents, and the outcome is likely to determine which party controls the chamber.

[Video not showing up above? Click here to watch » https://www.youtube.com/watch?v=hcLr2s0TZWM]

Abrams, the onetime candidate for Georgia governor who has become one of the nation's leading voices on voting rights, is being credited for paving those inroads. She raised millions of dollars to organize and register hundreds of thousands of voters and used her high profile to keep the party focused on the state.

"There's a lot of work that's gone into this, but Stacey really is the architect of what's been built in Georgia," said Dubose Porter, the former Georgia Democratic Party chairman and an Abrams mentor.

Last week's election was the culmination of a political shift decades in the making. The GOP's advantage has slowly eroded as Atlanta and its surrounding suburbs experience population growth.

"Georgia has had the potential for years," she said in an interview shortly before the election. "It didn't just start this cycle. This has been work that's been ongoing for nearly a decade, and I'm just proud to see it come to fruition and for it to finally receive the level of investment it deserves."

That success is fueling speculation about her future prospects. Some of her supporters envision her as Democratic National Committee chairwoman or taking a prominent post in a Biden administration. Those close to Abrams suggest her likeliest next move is a rematch with Republican Gov. Brian Kemp in 2022.

She ended her 2018 campaign without explicitly conceding defeat to Kemp. She alleged systemic voter suppression by state elections officials, including Kemp, who was then Georgia's secretary of state overseeing his contest against Abrams.

Kemp steadfastly denied any wrongdoing, but the dispute resulted in a sharper focus on the state's election system and intensified Democrats' attention on voter registration, education and turnout. After her loss, Abrams formed Fair Fight to raise money to organize voters.

Glynda Carr, the president and CEO of Higher Heights, an organization focused on electing Black women, said Democratic success in Georgia is the result of work led by Black female organizers whose efforts have been impactful but largely underfunded previously.

Gallery: Stacey Abrams, through the years

In one sign of Abrams' growing stature, she's becoming a frequent target of Republican attacks.

As GOP Sen. Kelly Loeffler and U.S. Rep. Doug Collins battled for a Senate runoff spot, each criticized the other for previous associations with Abrams. And when Republicans gathered Friday at state GOP headquarters to claim Democrats were stealing the election from President Donald Trump, Abrams' name was invoked. 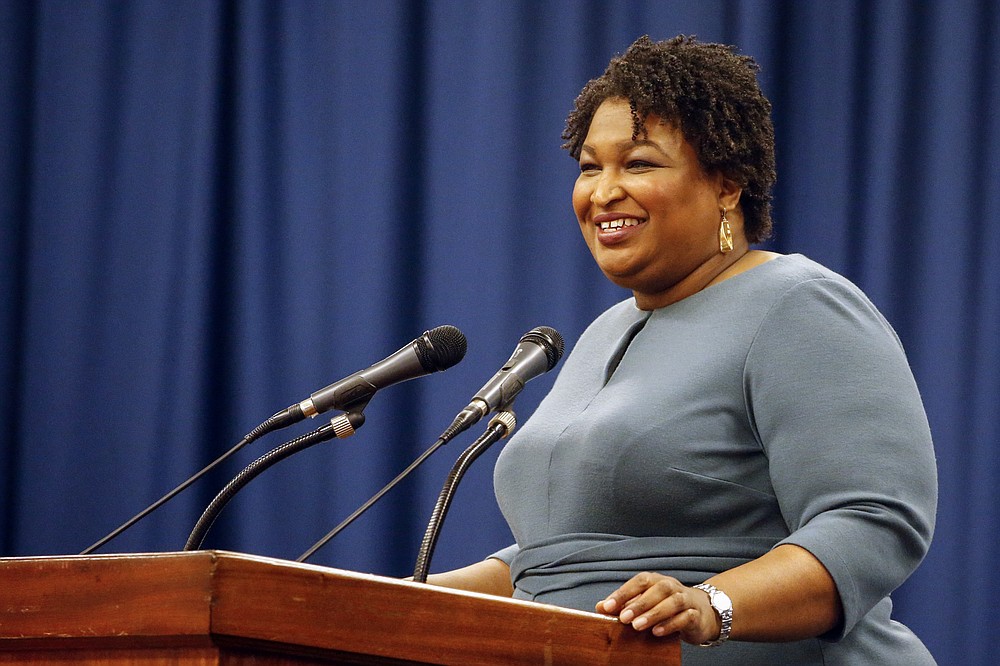 FILE - In this March 1, 2020, file photo, Stacey Abrams speaks at the unity breakfast in Selma, Ala. (AP Photo/Butch Dill, File) 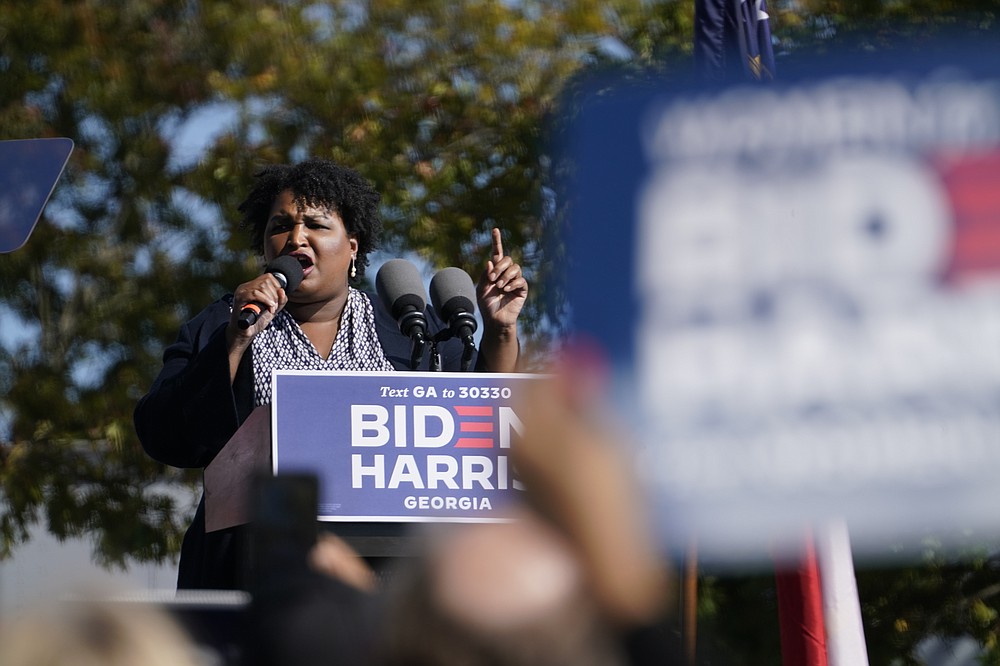 In this Nov. 2, 2020, photo, Stacey Abrams speaks to supporters as they wait for former President Barack Obama to arrive and speak at a rally as he campaigns for Democratic presidential candidate former Vice President Joe Biden, at Turner Field in Atlanta. (AP Photo/Brynn Anderson)
ADVERTISEMENT