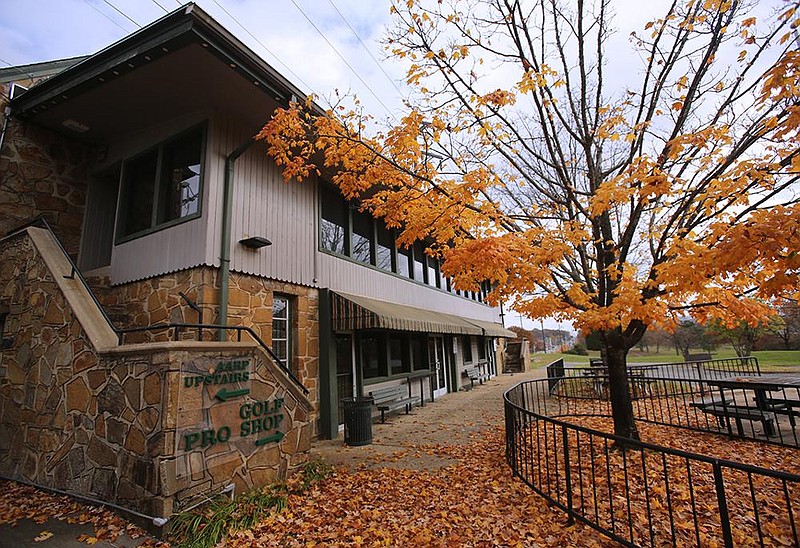 LITTLE ROCK -- A Titan II missile silo, the Snowball Gymnasium and a railroad caboose have been listed on the National Register of Historic Places along with a dozen other Arkansas properties.

The State Review Board of the Arkansas Historic Preservation Program announced the new listings on Monday.

"From a Cold War Intercontinental Ballistic Missile launch site to historic bridges and even a golf course, this group of new listings really showcases the historic diversity in our state which we are proud to help document and preserve," said Stacy Hurst, secretary of the Arkansas Department of Parks, Heritage and Tourism and state historic preservation officer.

The Titan II ICBM Launch Complex Site 373-9 at Vilonia (Faulkner County) is a new addition to the National Register. The site is associated with the 308th Strategic Missile Wing in Arkansas.

There were 54 Titan II launch complexes in three states, including 18 in Arkansas. Four of the Arkansas facilities are now listed on the National Register, according to the Encyclopedia of Arkansas.

"Following the Soviet Union's detonation of its first thermonuclear bomb in 1953, the United States began actively developing an intercontinental ballistic missile," wrote historian Mark Christ for the Encyclopedia of Arkansas.

The Titan II missiles carried nine-megaton nuclear warheads that could be launched to strike targets as far as 5,500 miles away, wrote Christ.

The other three Titan II launch complexes in Arkansas that are listed on the National Register are 373-5 near Center Hill in White County, 374-5 near Springhill in Faulkner County and 374-7 near Southside in Van Buren County, wrote Christ.

Launch Complex 374-7 exploded on Sept. 19, 1980, after a wrench socket was inadvertently dropped from a work platform in the launch duct during a routine oxidizer tank repressurization procedure, wrote Christ. After falling about 80 feet, the socket hit the missile thrust mount and bounced in toward the missile, puncturing the first-stage fuel tank. The accumulated fuel vapors ignited, causing an explosion that destroyed the missile silo.

"The silo closure door, which weighed 740 tons, was thrown several hundred feet upward and landed about 600 feet northeast of the silo," wrote Christ. "The W-53 warhead was found damaged but basically intact without a detectable leakage of radioactive material."

Some of the underground features of the launch complex in Van Buren County are still intact, according to that site's National Register nomination form.

At the Vilonia site, some of the above-ground features have been removed but much of the underground missile silo still exists, according to the National Register nomination form prepared by Travis Ratermann of the Arkansas Historic Preservation Program.

"The site retains a high degree of integrity considering this silo has been excavated, cleaned and is in a livable condition compared to other previously listed Titan II silos in the state of Arkansas," according to the nomination. "The site contains evidence of most of the salient silo complex features as well as the results of site deactivation."

Snowball is an unincorporated community in Searcy County consisting of a Masonic Hall, a few residences and no commercial businesses.

In 1885, Calf Creek Masonic Lodge No. 426 was founded, according to an Encyclopedia of Arkansas entry written by Mike Polston. The following year, land for a lodge was purchased.

"The two-story stone building, which also served as a church and school, was erected at a cost of $329.75," wrote Polston. "Members decided to name the lodge in honor of the county sheriff Benjamin Franklin Snow; thus the lodge was named Snow Hall. As the settlement began to grow, a petition was made in 1888 for the establishment of a post office. Local lore says that the documents submitted with the name Snow Hall were misinterpreted by postal officials, and the name was recorded as Snowball."

But it was more than a gymnasium.

"The gymnasium was also used for school events, including square dancing, Halloween carnivals, music events and pie auctions," according to the nomination form prepared by Ralph Wilcox, the National Register and Survey Coordinator for the Arkansas Historic Preservation Program.

Jimmy Driftwood, who won a Grammy Award for his song "The Battle of New Orleans," served as a superintendent, teacher and coach at Snowball in the 1950s, according to the nomination.

"Even today, although not regularly used, the building is an important part of the community and a reminder of the good memories that the former students had at the campus," wrote Wilcox.

The Prescott & Northwestern Railroad Caboose No. 3 at Prescott was also added to the National Register in this round.

The wooden local caboose was built in 1920, according to the nomination form.

Spurred by a booming lumber industry, the Prescott & Northwestern Railroad was founded in 1890. The caboose was operated on trains travelling between Prescott (Nevada County) and Hempstead and Pike counties, according to the nomination prepared by Wilcox.

"By the 1980s, cabooses in general were becoming obsolete on American railroads," he wrote. "Prior to the 1980s, laws in the United States and Canada required that freight trains have a caboose."

But technology had advanced to the point that cabooses were no longer necessary.

"Detectors along the rail lines could detect hot boxes (overheated wheel bearings) and electronic end-of-train devices could detect if the train separated at any point and apply the brakes from the rear via remote control," according to the nomination.

The elimination of a caboose on a train also saved money, wrote Wilcox. Cabooses were expensive to build and maintain.

The caboose was acquired by the Nevada County Depot and Museum in 2008 and restored in 2016.

Other Arkansas properties accepted for listing to the National Register are:

Being listed on the National Register is honorary, but it also makes properties eligible for some grants and tax-credit programs, said Scott Kaufman,director of the Arkansas Historic Preservation Program.