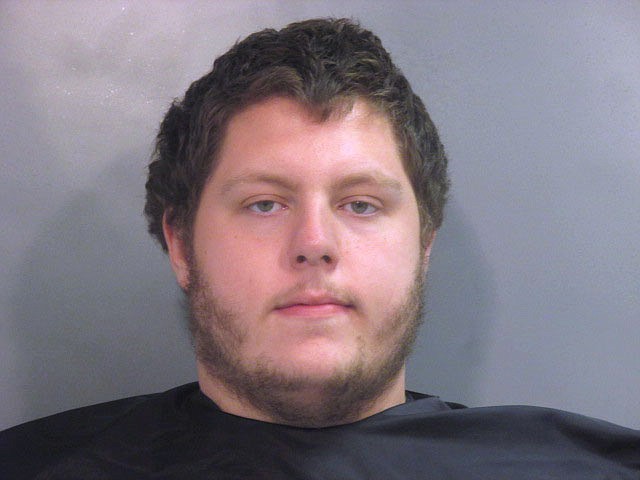 FAYETTEVILLE — A Fayetteville man was arrested Thursday night in connection with capital murder, according to the Washington County Sheriff’s office.

Samuel Appling, 22, of 10863 Rocky Creek Road in Fayetteville, was arrested in connection with capital murder, residential burglary and fleeing. He was being held Friday in the Washington County Detention Center with no bond set.

According to information from the Sheriff’s Office, deputies were called to 10671 Rocky Creek Road around 11:15 p.m. on a call of a burglary in progress. The caller, identified as John Hurlburt, 53, called 9-1-1 and said someone broke into his home and used an electronic stun device on him. Hurlburt said he hit the person over the head with a weight and the person fell back off his porch. Hurlburt said the man may have had a gun.

When deputies arrived in the area around 11:28 p.m., they saw a dim light heading north, parallel to Rocky Creek Road, and saw a person running east with reflective material on their back. The deputies ran toward the man identifying themselves as law enforcement officers and ordering the person to stop.

According to the press release, the man reached the edge of a wooded area and collapsed. When the deputies reached the man they asked him if he had a firearm and he said no. Later the man said he “must have dropped it back at the house.” The deputies recovered a Ruger .45 pistol in the area that was covered in blood.

According to the press release, the man’s sleeves and gloves were also covered in blood and he had a fixed-blade knife in a sheath on his right hip. The knife blade and handle were also found to be covered in blood.