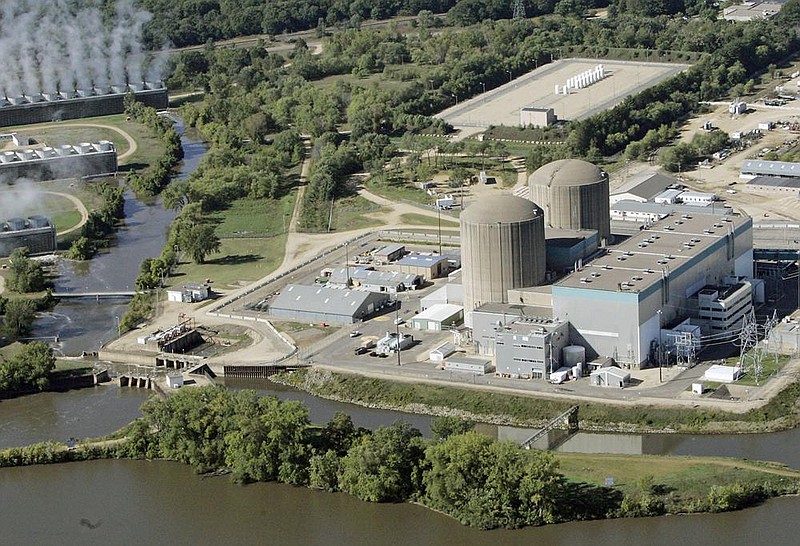 The Prairie Island nuclear power plant near Red Wing, Minn., has been designated as the location for a U.S. Department of Energy award of just under $14 million for a hydrogen-energy production facility. (AP)

BOISE, Idaho -- The U.S. Department of Energy has awarded just under $14 million for an attempt to build a hydrogen-energy production facility at a nuclear power plant in Minnesota with the help of a nuclear research lab in Idaho.

The project announced this week is part of the Energy Department's strategy to reduce U.S. greenhouse gas emissions using nuclear power to generate carbon-free energy. Vehicles using hydrogen fuel cells, for example, produce only water vapor and warm air as exhaust. Hydrogen could also be used in industry, such as in the production of steel.

According to its website, Xcel Energy provides energy to millions of homes and businesses across eight Western and Midwestern states, and has a goal of being 100% carbon-free by 2050.

The effort planned at the Minnesota plant will use a process called high-temperature steam electrolysis. Water is made out of three atoms: one oxygen and two hydrogen. The proposed project would use Prairie Island Nuclear Generating Station's steam and electricity to split water and separate the hydrogen. Idaho National Laboratory will help with technical aspects of the project.

The Energy Department said it hopes the result will be a functioning hydrogen plant capable of operating as a hybrid system that can also test electrolysis technologies.

"This is a game-changer for both nuclear energy and carbon-free hydrogen production for numerous industries," said the Energy Department's Richard Boardman in a statement. "It offers a view of the energy structures of the future, which will integrate systems to maximize energy use, generator profitability and grid reliability all while minimizing carbon emissions."

Hydrogen is abundant in the environment and is stored in water, methane and organic matter. The primary challenge is economically extracting it and being competitive in the marketplace. Most of the hydrogen currently produced in the nation comes from combining high-temperature steam with natural gas.

Officials say nuclear-produced hydrogen has the advantage of being carbon-free. That's opposed to fossil fuels such as natural gas, coal and oil that produce greenhouse gases that cause global warming.

The Energy Department says nearly all hydrogen produced in the U.S. is used for refining petroleum, processing food, producing fertilizer or treating metals.

According to the U.S. Energy Information Administration, the United States at the end of 2019 had 96 operating commercial nuclear reactors at 58 nuclear power plants in 29 states. They produce about 20% of the nation's electricity. Most of the reactors are decades old, and some are having a tough time competing economically with other forms of energy production.