MY SO-CALLED MILLENNIAL LIFE: No use crying over spilled milk 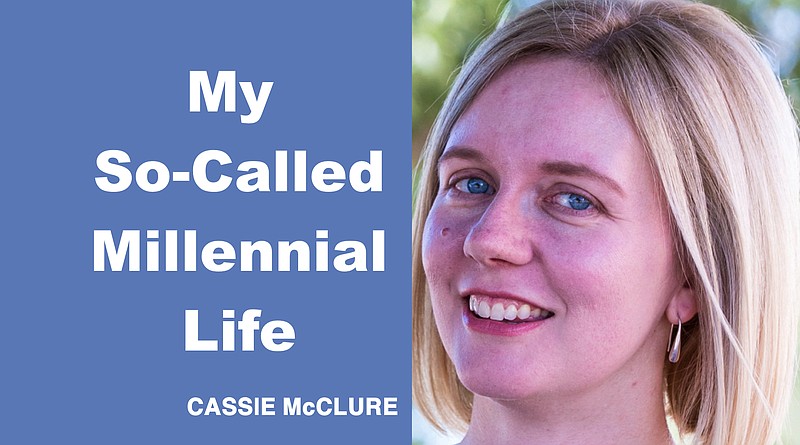 Unfortunately, I was the one who gave her the milk that she spilled all over my laptop. More unfortunately, my daughter didn't tell me until the weekend was over. And the most unfortunate part was that when I opened the case, the smell indicated the computer was well on its way to making cheese.

On Friday, I had rushed her away from breakfast and into her morning Zoom class. I felt a little bad, so I snuck in to ask if she wanted to finish her milk. She told me sadly on Monday that she had tried to wipe it off; she was very sorry.

Conveniently for her, she told me on her birthday, so I had to grit my teeth through telling her the lie about how it's fine, how we all make mistakes, and then go outside so she wouldn't hear me mutter unladylike words to document the truth.

It's a relatively new laptop that my husband bought me last Christmas. He had seen that the previous laptop I was using was missing the number 1 key, the screen kept popping off, and it was hit-or-miss with the touchpad. That, and I offhandedly told him I'd be going off the grid. A system message had told me that my poor little computer that could — and had for about a decade — wasn't eligible for any more updates.

It worked fine, I told him. It was fine.

Fortunately, my husband knows me and how I don't willingly invest in myself. When I opened the new one, he said softly, "They said it was the best one for writers."

On Tuesday, as the election started, I was missing the laptop. I didn't want to sequester myself in the office but in a command center by the TV, with snacks. However, the inability to badly multitask was forced on me, allowing me to ignore the running news of the day slightly more.

At least until about 7 p.m., when the wine came out.

The next day, I decided that shipping the fried laptop to get it fixed would be a fantastic essential outing to get me away from refreshing Twitter. As I stood in line — on my little socially distanced sticker on the carpet — and wondered how industrial the glue must be to have those stickers stick, a terse voice grew louder in front of me.

"Has that been sitting there on the shelf since it got here?" asked the man on my side of the counter. The uniformed clerk nodded.

"It hasn't been chilling?" the customer asked. He huffed. "Then I'll have to reject it."

"You can do whatever you want with it, but I'll still need your ID to pick it up so that you can reject it," said the clerk.

The man shook his head, explaining that it was a wine shipment that needed to be kept chilled. Why hadn't it been? Didn't they know? "I'm just the messenger," the clerk said.

The man opened the box and pulled out a bottle.

"Do you think that's cold?" he said, handing the clerk the bottle.

"Well, it's not, so I'll have to change shippers. Just so you know." He closed the box and flounced out, as much as you can in shorts and flip-flops. Both clerks sighed.

I leaned toward the counter and said, "Man, I was hoping he'd leave the wine." They laughed. The clerk replied, "Sometimes, there's no winning with people who have their mind made up."

As I came home and watched the close election results trickle in from the states, it sounded like there are two types of people: those who have their mind made up and those who are just waiting for the wine.

Cassie McClure is a writer, wife/mama/daughter, fan of the Oxford comma (sorry, Cassie) and drinker of tequila. Some of those things relate. She can be contacted at cassie@mcclurepublications.com