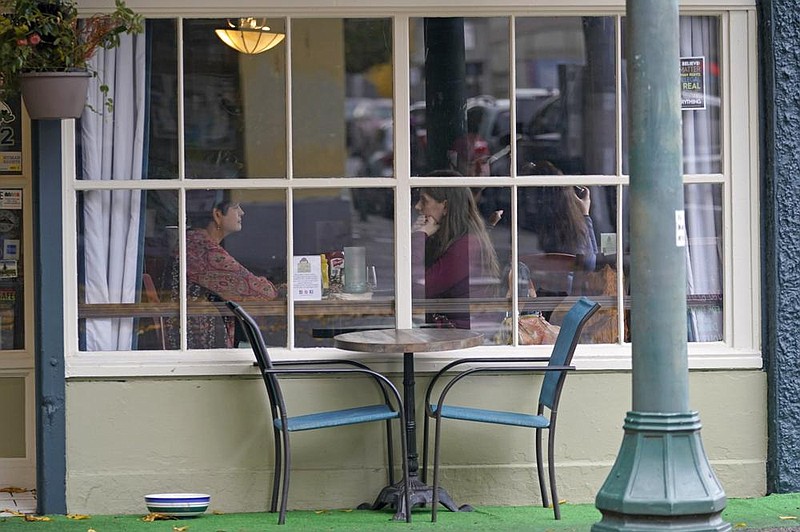 Washington Gov. Jay Inslee reinstated a series of restrictions on social gatherings as the state enters what he called "the third wave" of the pandemic, which he said will be far more dangerous than the earlier phases.

Restaurants will no longer be allowed to serve patrons indoors, and outdoor dining will be limited to no more than five people under the new measures, he said. Gatherings with people outside of the same household indoors will also be prohibited, unless visitors follow quarantine rules. The new curbs will take effect at the end of today and last through Dec. 14. For restaurants, those measures will be effective starting Wednesday.

The capacity for grocery stores and retailers will be limited to 25%, he said. Child care services or K-12 education will not be affected.

"We are today in a more dangerous position than we were in March," Inslee said on a media briefing Sunday. "Inaction here is not an option. We have to take bold, decisive action."

Washington was ground zero of the coronavirus outbreak in the U.S., hit by the first case on Jan. 21. The state has been praised for keeping the outbreak under relative control under an earlier stay-home order.

All five people in the two cars were trapped in the wreckage on Interstate 385 in Laurens County and had to be cut from the crumpled metal. Four of them died at the scene and the fifth person died at a hospital, South Carolina Trooper Joe Hovis said.

The wreck happened when a 2014 Kia heading the wrong way in the southbound lanes of I-385 near Laurens hit a 2020 Hyundai head-on about 2:15 a.m. Sunday, Hovis said in a statement.

The names of the people killed were not immediately released.

A special team of state troopers is investigating the wreck.

More than 81,000 people have come forward with sex-abuse claims against the Boy Scouts of America, describing a decadeslong accumulation of assaults at the hands of Scout leaders across the nation who had been trusted as role models.

The claims, which lawyers said far eclipsed the number of abuse accusations filed in Catholic Church cases, continued to mount ahead of a deadline today established in bankruptcy court in Delaware, where the Boy Scouts had sought refuge this year in a bid to survive.

Paul Mones, a lawyer who has been working on Boy Scouts cases for nearly two decades, said the prevalence of abuse detailed in the filings was breathtaking and might reflect only a fraction of victims.

"I knew there were a lot of cases," Mones said. "I never contemplated it would be a number close to this."

The avalanche of claims set up a monumental task for the bankruptcy case as the Boy Scouts seeks to one day emerge with its operations intact. Although the national organization has more than $1 billion in assets, according to its bankruptcy filing, the organization also has a network of local Boy Scout councils that own hundreds of camps and other properties where scouts can advance their skills and values along lake shores and in mountain valleys.

Biden to speak on post-covid economy

The remarks, tentatively scheduled for 12:45 p.m. Central time, will be the pair's first extended discussion of the economy since winning this month's election.

Biden has spoken about the need he sees for stimulus spending to help Americans struggling amid the prolonged pandemic-driven downturn. He's also conferred with House Speaker Nancy Pelosi and Senate Minority Leader Chuck Schumer about the stalled efforts to pass such a bill on Capitol Hill, according to a joint readout last week.

But he hasn't yet spoken with Senate Majority Leader Mitch McConnell, whose cooperation would be necessary for any bill to pass during Congress' lame-duck session.

The Biden administration's economic plan is expected to rely on the "Build Back Better" proposals offered during the campaign. The campaign proposal included $2 trillion in spending on clean energy and infrastructure. The goal is to create millions of jobs building the wind turbines, sustainable homes and electric vehicles needed to rapidly throttle U.S. greenhouse gas emissions driving climate change.