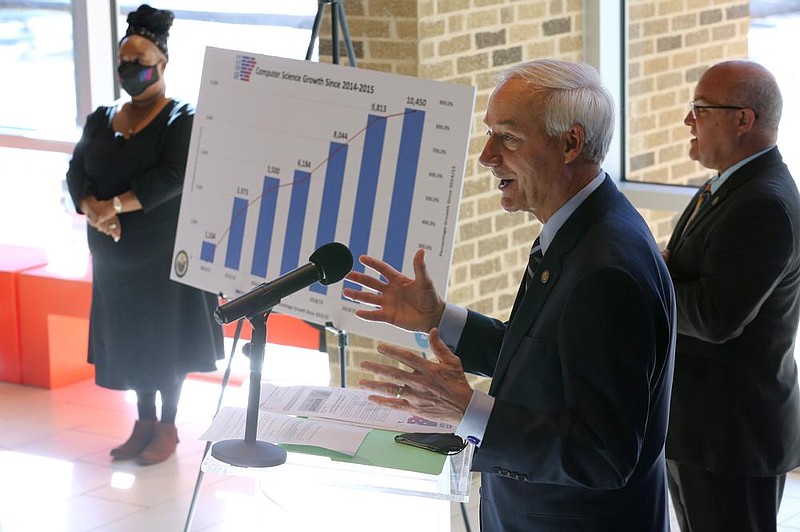 Legislation to make computer science a graduation requirement for all public school students in the state has the backing of Gov. Asa Hutchinson, he said Wednesday.

The requirement would start with students entering ninth grade in 2022, according to a draft of the bill provided by Hutchinson's office on Wednesday. Sen. Jane English, a Republican from North Little Rock, will be the sponsor and said she will likely file it next week.

The proposed legislation would also require that every public school in the state employ at least one state-certified computer science teacher by the beginning of the 2023-24 school year. That would increase the number of such teachers in Arkansas from 500 to about 750.

Hutchinson announced his support for the bill at a Wednesday news conference. Both of those proposals were among the recommendations in a report the Arkansas Computer Science and Cybersecurity Task Force submitted to Hutchinson, which he formally accepted last month.

[Video not showing up above? Click here to watch » https://www.youtube.com/watch?v=AyVPxpqZwkU]

Though the Republican governor has spearheaded initiatives to make Arkansas a leader in computer science education, he previously did not support making it a graduation requirement. He said in 2019 that student demand should drive school districts to offer more classes.

Hutchinson said Wednesday that his support for the legislation is based on the task force's recommendation.

"After five years of developing a nationally-recognized computer science initiative, it is time to make the class a requirement," the governor said in a written statement.

English, the previous chairwoman of the Senate Education Committee, said she felt it was important that the technology of the day be a part of students' education.

"It's a whole new world of technology, and I think just everyone having an idea of what that looks like is probably very important," she said Wednesday. "There was a day when everyone had to take keyboarding."

She said she hadn't yet looked closely at what classes specifically would count for the credit, but she said it could likely range from an introductory course to subjects like program development or robotics.

The legislation also states that a computer science course offered by a public high school shall be of high quality; meet or exceed the state Board of Education's curriculum standards and requirements; and be available in classroom settings or other learning environments tailored to meet the need of each participating student.

If the bill passes, Arkansas would likely be the second state to make computer science a graduation requirement. West Virginia was the first, in 2019.

In 2015, Hutchinson signed into law a bill requiring Arkansas' public high schools to offer at least one computer science class, which the Natural State was the first to do.

In Arkansas and in a number of other states, students are allowed to take a computer science course to count for a science or math graduation credit. For that reason, making computer science a requirement will not add to the number of classes students have to take to complete their diploma, Hutchinson said.

In four other states -- Arizona, California, Kentucky and New York -- local districts decide whether computer science counts toward a core graduation requirement, according to the Education Commission of the States, a policy group.

On Wednesday, the governor announced that the number of students enrolled in computer science courses for the 2020-21 school year had topped 10,000, a record high that is an increase of 6.5% over the 2019-20 school year and an 847% increase from the 2014-15 term, according to enrollment reports school districts had to turn in to the state by Oct. 15.

Shanta Calhoun, a business and computer science teacher at Pine Bluff High School who attended Hutchinson's announcement, said making computer science a requirement will bring the subject to more students who might not otherwise realize it was a path they could pursue. 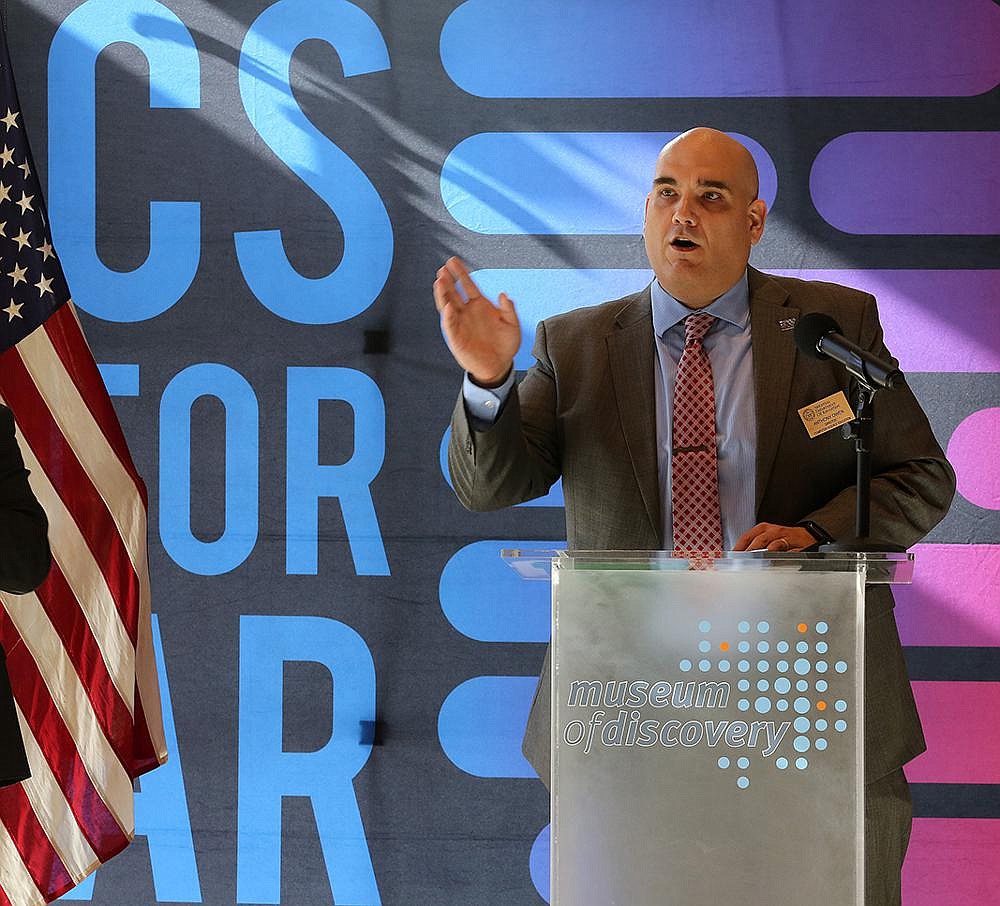