Down payments for homes shoot up 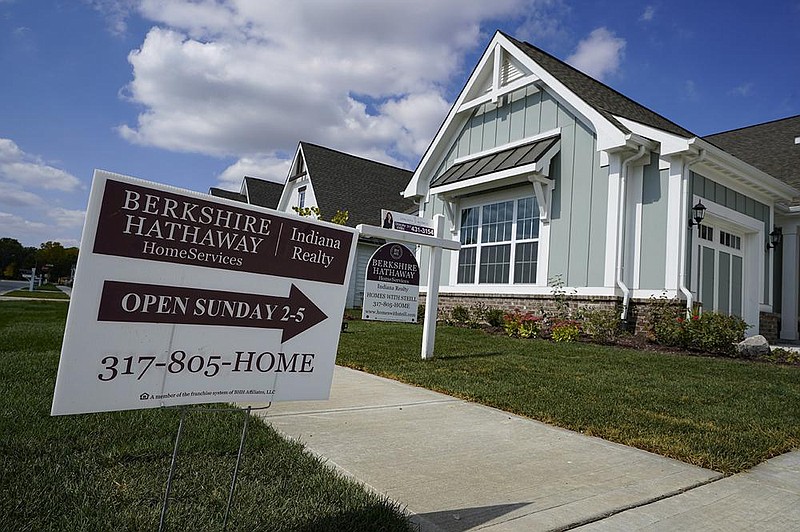 Sales of existing homes like this one in Westfield, Ind., rose for a fifth straight month in October, the National Association of Realtors said Thursday. (AP)

Homebuyers, facing tightening credit standards and skyrocketing prices, are putting up the biggest down payments in at least two decades.

At the same time, sales of existing homes rose for a fifth-straight month in October, reaching a level not seen since before the housing bubble popped 14 years ago.

The median down payment for single-family homes and condos in the U.S. was $20,775 in the third quarter, the most in records going back to 2000, according to a report from Attom Data Solutions. That's up 69% from $12,325 a year earlier, before record-low mortgage rates kicked the housing boom into a higher gear.

"Down payments are rising at a time when lenders are tightening their guidelines," said Todd Teta, chief product officer at Attom Data Solutions. "Lenders have grown more cautious in order to protect themselves from more delinquencies."

Mortgage companies are raking in cash in the midst of the pandemic, earning hefty margins while consumers flood in to buy homes or refinance loans to take advantage of record-low mortgage rates.

Lenders including JPMorgan Chase & Co. have tightened terms for borrowers over widespread worry about economic growth. JPMorgan, for instance, told loan officers this month that it would limit jumbo loans to 70% of the sale price for most co-ops and condominiums in Manhattan.

The typical borrower last quarter had a 786 credit score, the highest median score in quarterly figures dating to 1999, according to data maintained by the Federal Reserve Bank of New York.

The $1.05 trillion of home mortgages originated last quarter was the highest since 2003, New York Fed data show, when homeowners across the country were taking advantage of a previous historic refinancing boom.

The National Association of Realtors said Thursday that existing homes sales rose 4.3% in October to an seasonally adjusted rate of 6.85 million annualized units. Reflecting the booming housing market, that figure is up 26.6% from a year earlier.

The 6.85 million figure is the highest for that data since February 2006 -- the eve of when the housing market reached its apex and subsequently collapsed.

Real estate agents and housing market experts have said the housing market is in a different and healthier place than it was the last time sales were at these levels. Historically low mortgage rates have lured buyers into the market. Also, the pandemic has caused many families to seek out different living arrangements to reflect that many people are likely to work remotely for the foreseeable future.

"We do expect the pace of sales to slow in the fourth quarter, with a weak recovery, resurgent pandemic and depleted inventories weighing on activity, although the risk may be for further upside surprises," said Nancy Van Housten, lead U.S. economist for Oxford Economics

The median price of an existing home was $313,000, up 15.5% from a year earlier, mostly reflecting that the nationwide inventory of existing homes remains at or near record lows. The inventory of unsold homes sits at 2.5 months' supply, down from 2.7 months in September.

Information for this article was contributed by Prashant Gopal and Shahien Nasiripour of Bloomberg News, by Ken Sweet of The Associated Press and by Michele Lerner of The Washington Post.