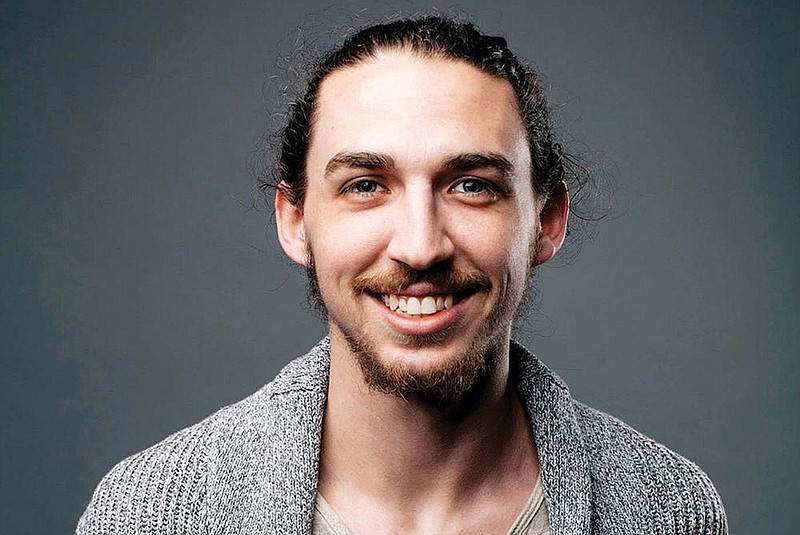 Director Seth Savoy says that he picked up a lot of the skills he needed for making his debut feature "Echo Boomers," which opened last week, from attending Little Rock's Catholic High School for Boys.

For a guy who has made a movie about a gang who robs and vandalizes rich people's houses, this might seem surprising, but Savoy explains that his alma mater did give him the discipline and perseverance to get through a risky profession like filmmaking.

"They're known for their creative punishments. If you slam a door at a teacher, they take the door off the hinges and make you carry it around, but the whole idea is just to turn you into a man, a respectable, honest person, and I think they do a fantastic job of that," he says by phone from his home in Chicago.

If the Denver native's Little Rock education (he moved to Arkansas as a toddler) prepared him for the challenges of his current profession, trying to make a living while dealing with crushing student debt from the University of Central Arkansas and Columbia College Chicago, put him into the heads of his activist robbers.

Throughout the 20-minute conversation, he repeatedly stresses that his title characters should find other ways to vent their occasionally justified anger at a society that puts so many of its young people financially behind the curve.

"I was graduating in 2013, and I kind of reached the finish line and realized that there was no shortage of filmmakers. I had all this debt, and I didn't know what to do, and serendipitously enough, I came across these headlines in Chicago newspapers about these college kids breaking into these homes," he says. "Weirdly enough, I could understand their frustration on a personal level. I feel like Generation Z will love this movie because they're just starting to come into the age when they have to pay their debts now, and it's just kind of sad."

Savoy's thieves, played by Patrick Schwarzenegger, Alex Pettyfer, Oliver Cooper, Haley Law, Jacob Alexander and Gilles Geary, not only break into homes and sell their loot through a fence (Michael Shannon), they wear Day of the Dead masks and paint Occupy Wall Street graffiti (with only a fraction of the real-life activists' humor) on their victims' walls.

The larceny makes the attempts at activism seem hypocritical, and the thieves show a technique easily guaranteeing that cops will establish a pattern and end their run. Haven't these youngsters seen what happened to the Wet Bandits in "Home Alone," which was also set in Chicago?

"It's very contradictory," Savoy says. "When you look at 'Echo,' you should say these guys' theories aren't really thought out. That's what we wanted to show. What they are doing is wrong, and the way they were justifying it really didn't make sense."

To make the homes of wealthy Chicago residents look sufficiently opulent and photogenic enough for his movie, Savoy actually shot much of the "Echo Boomers" interiors in Salt Lake City.

"I shot for at least two weeks in Chicago. All the stuff was classical Chicago -- Union Station, under the El (elevated trains), all that stuff. We really shot that stuff here. A lot of the stuff we did in Utah was mainly the houses, where, believe it or not, you get more bang for your buck in Utah. The houses were a lot bigger and grander, which kind of gave it a cool feel in making Chicago feel a little bit bigger than it actually is," he says.

The director repeatedly credits producer Sean Kaplan for taking an interest in his idea and helping to guide the film through the challenges of indie filmmaking. Getting Michael Shannon on board got the rest of the cast interested.

Savoy, who eventually won a Sundance pitch competition for his movie, also made a series of short films. One, "Blood Brothers," debuted at the Little Rock Film Festival. In those, he learned that getting the right performers was crucial to making convincing films.

"It took us three years (for 'Echo Boomers') because I was being so picky, but we finally got there," Savoy says. "I realized that once you find a good actor, and in that film ["Blood Brothers"] in particular, I didn't cast properly, and I learned a lesson in that in the next one, I was going to take more time with that, and I was going to be more cautious and more thorough with it."

One sign of Savoy's new-found acumen for selecting performers is leading man Patrick Schwarzenegger's performance. Because he has had build similar to his father (Arnold), he has often been cast as jocks or frat boys in movies like "Grown Ups 2."

In the new film, he's remarkably effective as an underemployed art expert who gets recruited by the gang because he knows which paintings should be sold or vandalized. He's also the only member of the crew with a conscience.

"I felt that Patrick hadn't been given a chance to really shine. He's done a few things, but I wanted to give him a chance to do something that wasn't him. I feel like it's beautifully ironic because he's a Schwarzenegger and a Shriver. He's probably the most popular kid on the block at all times, but in this movie he's not. He didn't work out for us, so his body became a little bit smaller. He kind of transformed, and it was really beautiful," Savoy says.

While Savoy has had some success in his new home in the Windy City, he says he wouldn't mind returning to his southern roots for his next movie.

"I'd really like to stay on this fun and flashy political commentary where it's almost so fun where you don't even realize it's commentary. My family's Cajun-French, so I'd love to do a story in a Louisiana bayou style feel, but realistically, if anything is a good story, I'm hunting for it."