It will ‘end era of retreat,’ Johnson asserts; plan raises concern about aid abroad by PAN PYLAS THE ASSOCIATED PRESS | November 20, 2020 at 5:15 a.m. 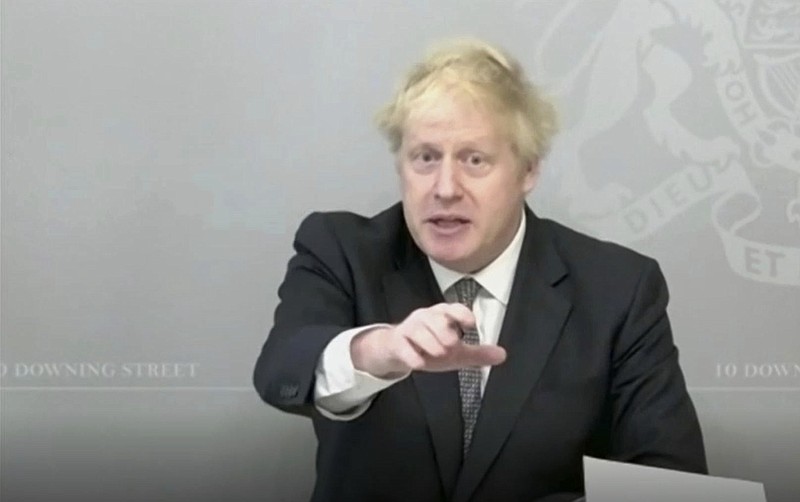 In this grab taken from video, Britain's Prime Minister Boris Johnson speaks via video link from 10 Downing Street during Prime Minister's Questions in the House of Commons, London. Wednesday, Nov. 18, 2020. Johnson is self-isolating after coming into contact with an MP who has since tested positive for coronavirus. (House of Commons/PA via AP)

LONDON -- British Prime Minister Boris Johnson on Thursday touted the biggest investment in the U.K.'s armed forces since the end of the Cold War three decades ago but brushed aside concerns that his government is about to abandon pledges on overseas aid spending in order to pay for it.

Johnson told lawmakers that the four-year financial package for the Ministry of Defense will "end the era of retreat" and pivot Britain's military toward potential future threats. For example, the new money will fund space and cyber-defense projects such as an artificial intelligence agency.

In an address given remotely because he came into contact with someone who subsequently tested positive for the coronavirus, the prime minister said the armed forces will receive $21 billion over and above the government's earlier plan.

"For decades, British governments have trimmed and cheese-pared our defense budget, and if we go on like this, we risk waking up to discover that our armed forces, the pride of Britain, have fallen below the minimum threshold of viability," Johnson said.

"Based on our assessment of the international situation and our foreign policy goals, I have decided that the era of cutting our defense budget must end, and it ends now," he said.

[Video not showing up above? Click here to watch » https://www.youtube.com/watch?v=g9O2WMrQ6ow]

Since the end of the Cold War in the early 1990s, Britain, like many other Western countries, cut defense spending in order to reap a peace dividend. And while the U.K. was deeply involved in the wars in Afghanistan and Iraq, its armed forces have faced further budget cuts in the past decade as successive Conservative governments clamped down on spending to get the public finances into shape after the global financial crisis.

Johnson said the new money will help protect "hundreds of thousands" of jobs and create 40,000 new ones, with the returns going "far beyond our armed forces." He said the defense funding will "restore Britain's position as the foremost naval power in Europe" and "spur a renaissance" in British shipbuilding.

Political leaders from across the political spectrum gave a guarded welcome to the prime minister's announcement. Many, including Keir Starmer, the leader of the main opposition Labor Party, wondered where the money was coming from at a time when public finances have been battered by the costs associated with the coronavirus pandemic.

Starmer and others, including members of Johnson's Conservative Party, voiced concerns that the government is about to abandon its commitments on overseas aid to pay for the higher military spending. The government has already rolled the department overseeing overseas aid into the Foreign Office. Some in government have argued for a reduction in the commitment to maintain aid spending at 0.7% of national income to 0.5%, which could free up billions of dollars for use elsewhere.

Johnson wouldn't say directly whether the government is set to abandon other financial commitments, but his comments appeared to signal a change in approach at the very least.

"We can all be proud of our record on overseas aid and that will continue, but it's also by investing in armed services that you can do some of the greatest things for the poorest and neediest people around the world," he said.

More details will likely emerge next week when Treasury chief Rishi Sunak unveils details of the country's spending plans for the coming year.

Anti-poverty campaigners urged the government to not backtrack on commitments it made to the developing world.

"Cutting the aid budget whilst finding the money for bombs is mind-boggling," said Romilly Greenhill, the U.K. director of international nonprofit organization One Campaign. 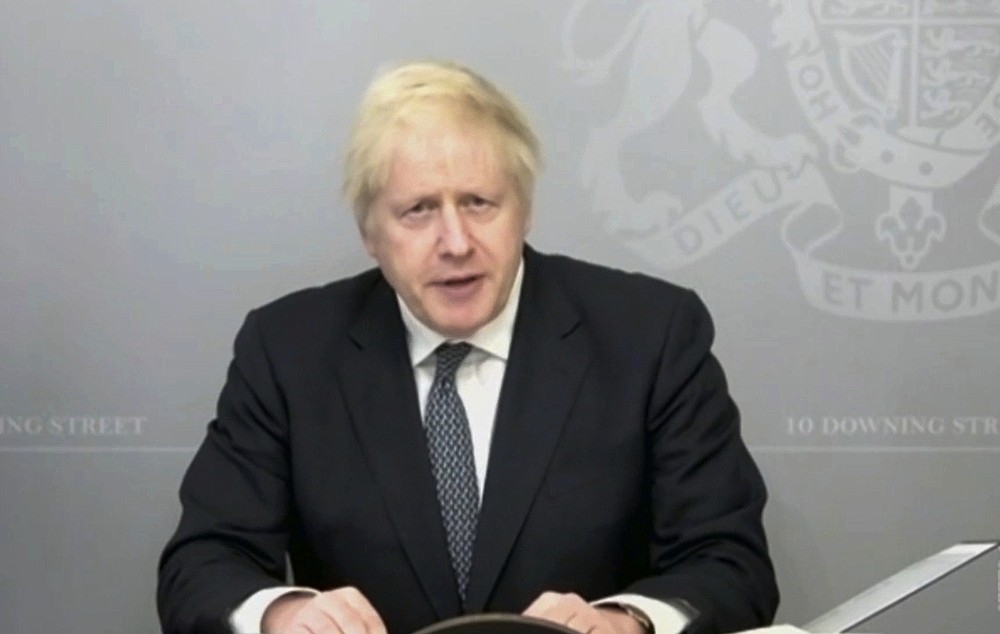 In this grab taken from video, Britain's Prime Minister Boris Johnson gives a statement on the defence review via video link from 10 Downing Street, in London, Thursday, Nov. 19, 2020. Johnson has backed what is being touted as the biggest investment program in the U.K.'s armed forces since the end of the Cold War three decades ago. Johnson told lawmakers Thursday that the four-year financial package for the Ministry of Defense will “end the era of retreat” and pivot ting it towards potential future threats. Johnson said the armed forces will receive an additional 16.5 billion pounds ($21 billion) over and above the government’s earlier plans. (House of Commons/PA via AP)
ADVERTISEMENT

Pentagon: U.S. contractor dies in rocket attack at Iraq base
by The Associated Press
Sharp County man gets life sentence in 2 killings
by Bill Bowden
Walmart to invest $350 billion in U.S. manufacturing
by Serenah McKay
Bail $1M for teen in shooting at Pine Bluff school
by I.C. Murrell, Joseph Flaherty
General details hourslong delay in getting Guard to Capitol
by The Associated Press
ADVERTISEMENT