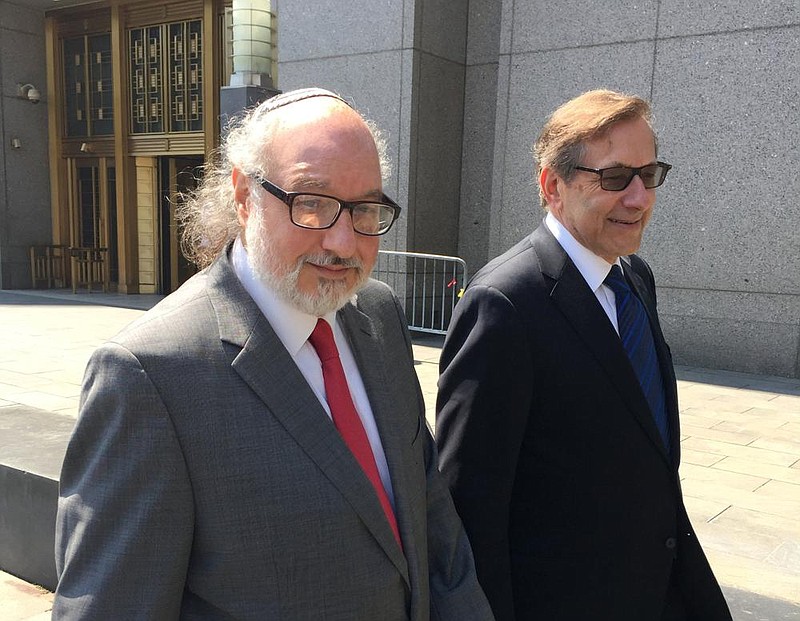 WASHINGTON -- Jonathan Pollard, the American convicted of spying for Israel in one of the most notorious espionage cases of the late Cold War, completed his parole Friday, the Justice Department said, freeing him to go to Israel as he has said he intends to do.

Pollard's case had long been an irritant in the relations between Israel and the U.S., and both sides at times had used him as a diplomatic bargaining chip.

A former U.S. Navy intelligence analyst, Pollard gave a range of classified documents to Israel starting in 1984. Some of the material ended up in the Soviet Union, including information that could help identify and evade American spying techniques and material identifying informants for the United States. He was arrested in 1985, convicted and served 30 years in prison before being released in 2015.

U.S. national security officials had long objected to any easing of Pollard's punishment, highlighting the damage he did to U.S. intelligence collection. But objections from intelligence officers have largely become muted.

The U.S. Parole Commission, the arm of the Justice Department that supervises the release of federal prisoners, decided Friday not to extend the travel restrictions it had placed on Pollard when he was released from federal prison five years ago.

"After a review of Mr. Pollard's case, the U.S. Parole Commission has found that there is no evidence to conclude that he is likely to violate the law," said Nicole Navas Oxman, a spokesman for the Justice Department. "Thus, in accordance with the statute, the commission has ordered that, as of today, his parole supervision is terminated and he is no longer subject to the conditions of parole."

Pollard, now 66, was given Israeli citizenship in 1995 and has said he would move there if allowed. It was not clear when Pollard, who is ill, might depart for Israel, but he wants to live out his life and be buried there, said Alan Dershowitz, a professor emeritus at Harvard Law School who has advocated on behalf of Pollard.

Pollard eventually pleaded guilty in a deal with prosecutors who agreed to seek a yearslong sentence. But the judge, relying on a once-classified damage assessment written by Secretary of Defense Caspar Weinberger, sentenced him to life in prison. Pollard ultimately served three decades behind bars, the longest stretch in prison for an American who illegally gave material to an allied government.

Pollard was released in November 2015, leaving a federal penitentiary in North Carolina to live in New York. The conditions of his parole, unsuccessfully contested by his lawyer and the Israeli government, did not allow him to travel outside the U.S. for five years without permission.

Attorney General William Barr could have opted to ask the U.S. Parole Commission to extend the restrictions on Pollard, a request that would most likely have been granted. But no request was made, according to the Justice Department.

Over the years, Pollard's release had come up in conversations between Israel and the U.S. in the context of peace talks with the Palestinians. But during the Trump administration, a number of moves that other presidents held in reserve as incentives to prod Israel to make a deal with the Palestinians were done unilaterally, including recognizing annexation of the Golan Heights and moving the U.S. Embassy to Jerusalem.

The internal opposition to allowing Pollard to go to Israel has eased. No longer are intelligence chiefs threatening to resign in protest -- or even taking much notice.

"If he's served his time and finished parole, I would see no damage in letting him go to Israel," said Greg Treverton, a former National Intelligence Council chair. "Any secrets he knows are now out or old."