Prosecution of industries for killing migratory species limited by ELLEN KNICKMEYER AND MATTHEW BROWN THE ASSOCIATED PRESS | November 28, 2020 at 2:08 a.m. 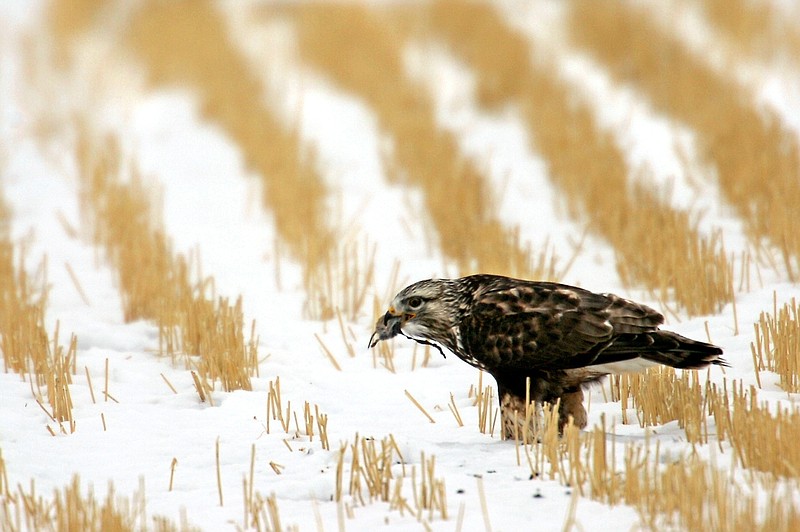 FILE - In this Nov. 27, 2007 file photo a rough-legged hawk feeds on a rodent in a field near Great Falls, Mont. The Trump administration moved forward Friday, Nov. 27, 2020, on gutting a longstanding federal protection for the nation's birds, over objections from former federal officials and many scientists that billions more birds will likely perish as a result. (Robin Loznak/The Great Falls Tribune via AP)

The Trump administration moved forward Friday on weakening a long-standing federal protection for the nation's birds, over objections from former federal officials and many scientists that billions more birds will likely perish as a result.

The U.S. Fish and Wildlife Service published its take on the proposed rollback in the Federal Register. It's a final step that means the change -- greatly limiting federal authority to prosecute industries for practices that kill migratory birds -- could be made official within 30 days.

The wildlife service acknowledged in its findings that the rollback would have a "negative" effect on the many bird species covered by the 1918 Migratory Bird Treaty Act, which range from hawks and eagles to seabirds, storks, songbirds and sparrows.

It's part of a flurry of last-minute changes under the outgoing administration benefiting industry. Others would expand Arctic drilling, favor development over habitat protections for imperiled species and potentially hamstring future regulation of environmental and public health threats, among other rollbacks.

Friday's move scales back federal prosecution authority for the deadly threats migratory birds face from industry -- from electrocution on power lines, to wind turbines that knock them from the air and oil field waste pits where landing birds perish in toxic water.

Industry operations kill an estimated 450 million to 1.1 billion birds annually, out of roughly 7 billion birds in North America, according to the U.S. Fish and Wildlife Service and recent studies.

The Trump administration maintains that the Act should apply only to birds killed or harmed intentionally, and is putting that "clarifying" change into regulation. The change would "improve consistency and efficiency in enforcement," the Fish and Wildlife Service said.

Trump was "in a frenzy to finalize his bird-killer policy," David Yarnold, president of the National Audubon Society, said in a statement Friday. "Reinstating this 100-year-old bedrock law must be a top conservation priority for the Biden-Harris Administration" and Congress.

Steve Holmer with the American Bird Conservancy said the change would accelerate bird population declines that have swept North America since the 1970s.

How the 1918 treaty gets enforced has sweeping ramifications for the construction of commercial buildings, electric transmission systems and other infrastructure, said Rachel Jones, vice president of the National Association of Manufacturers.

Jones said the changes under Trump would be needed to make sure the bird law wasn't used in an "abusive way." That's a longstanding complaint from industry lawyers despite federal officials' contention that they bring criminal charges only rarely. 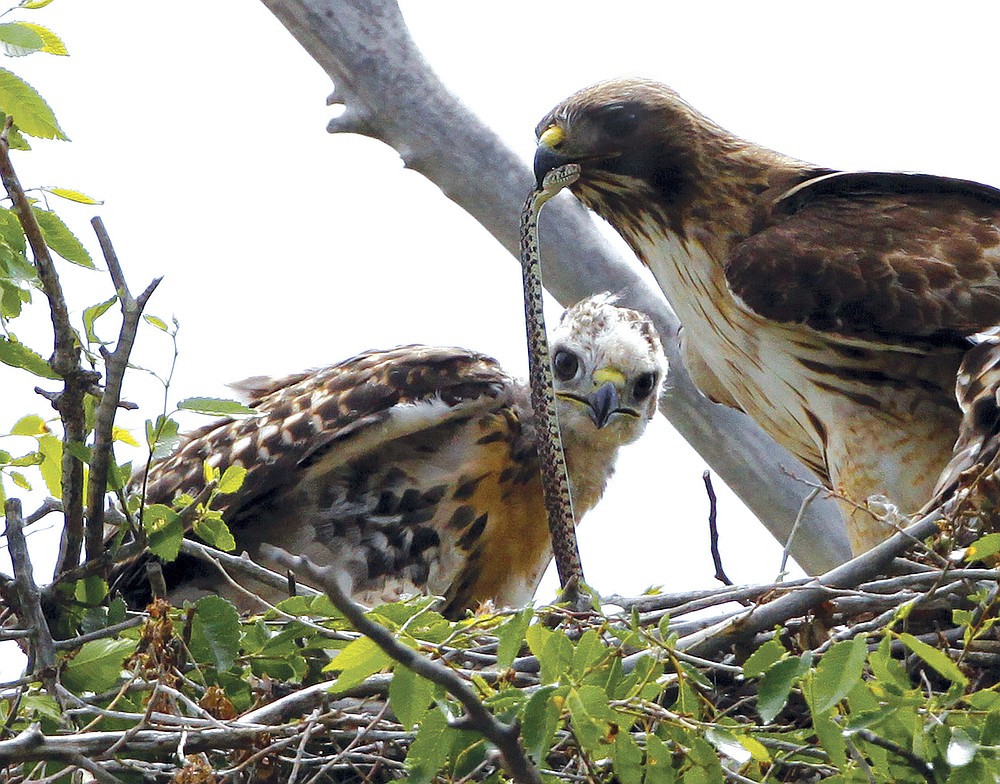 FILE - This June 5, 2009, file photo shows a Redtail hawk feeding a snake to one of her young ones nested at the Rocky Mountain Wildlife Refuge in Commerce City, Colo. The Trump administration moved forward Friday, Nov. 27, 2020, on gutting a longstanding federal protection for the nation's birds, over objections from former federal officials and many scientists that billions more birds will likely perish as a result. (AP Photo/Ed Andrieski, File)
ADVERTISEMENT