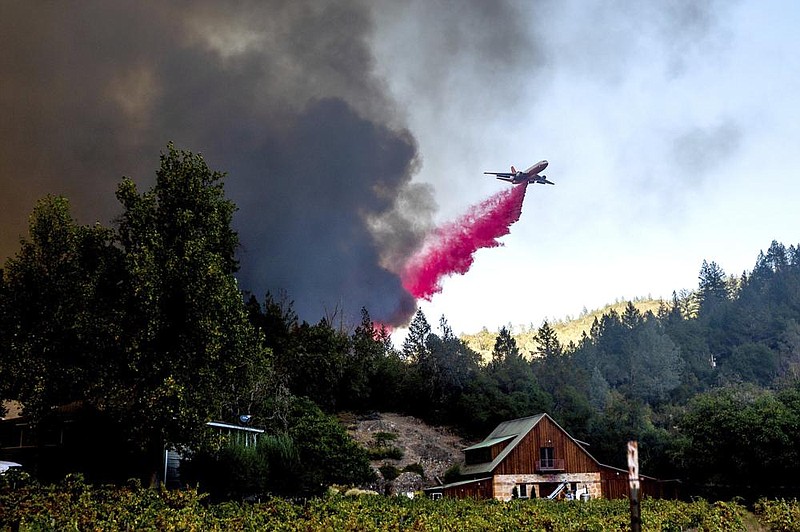 The firefighters were assigned to the fire burning in wine country north of San Francisco on Sunday when gusty offshore winds fanned the fire, prompting them to deploy their fire shelters after flames overwhelmed them.

The firefighters covered themselves on the ground with the emergency shelters that look like space blankets if they are in imminent danger from flames. They were not injured, the California Department of Forestry and Fire Protection said.

[Video not showing up above? Click here to view » https://www.youtube.com/watch?v=og5DeOf26K0]

It's the third time that fire crews have had to deploy their fire shelters this fire season -- a last-resort effort to save their lives that was once uncommon. On Sept. 8, 14 firefighters deployed emergency shelters as flames overtook them and destroyed the fire station they were defending in the Los Padres National Forest. Three firefighters were hospitalized and later released. A day later, a crew fighting a deadly blaze in Butte County was overrun by flames when winds shifted and its members escaped with only minor injuries after deploying emergency shelters.

Heavy winds that spread new fires this week in the Napa and Sonoma wine country and in a far northern area of the state were reduced to breezes. But vegetation remained ripe for burning in high temperatures and very low humidity.

Studies in recent years have linked bigger wildfires in America to global warming, especially because climate change has made California much drier. A drier California means plants are more flammable. Some experts also blame the absence of forest management that allows brush to build up on the forest floor.

The National Weather Service said the weather conditions would last for several days because of high pressure centered over the state. Heat advisories were in effect or pending along about three-quarters of the California coast, and many areas had poor air quality because of smoke.

About 70,000 people were under evacuation orders in the wine region north of San Francisco where a wildfire has incinerated at least 80 homes along with winery installations and other buildings.

The Napa County sheriff's office posted photos and video of a hellish scene of fires raging on forested hillsides at midnight close to a highway in the western part of the county.

About 150 miles to the north, there was no containment reported for the fire. 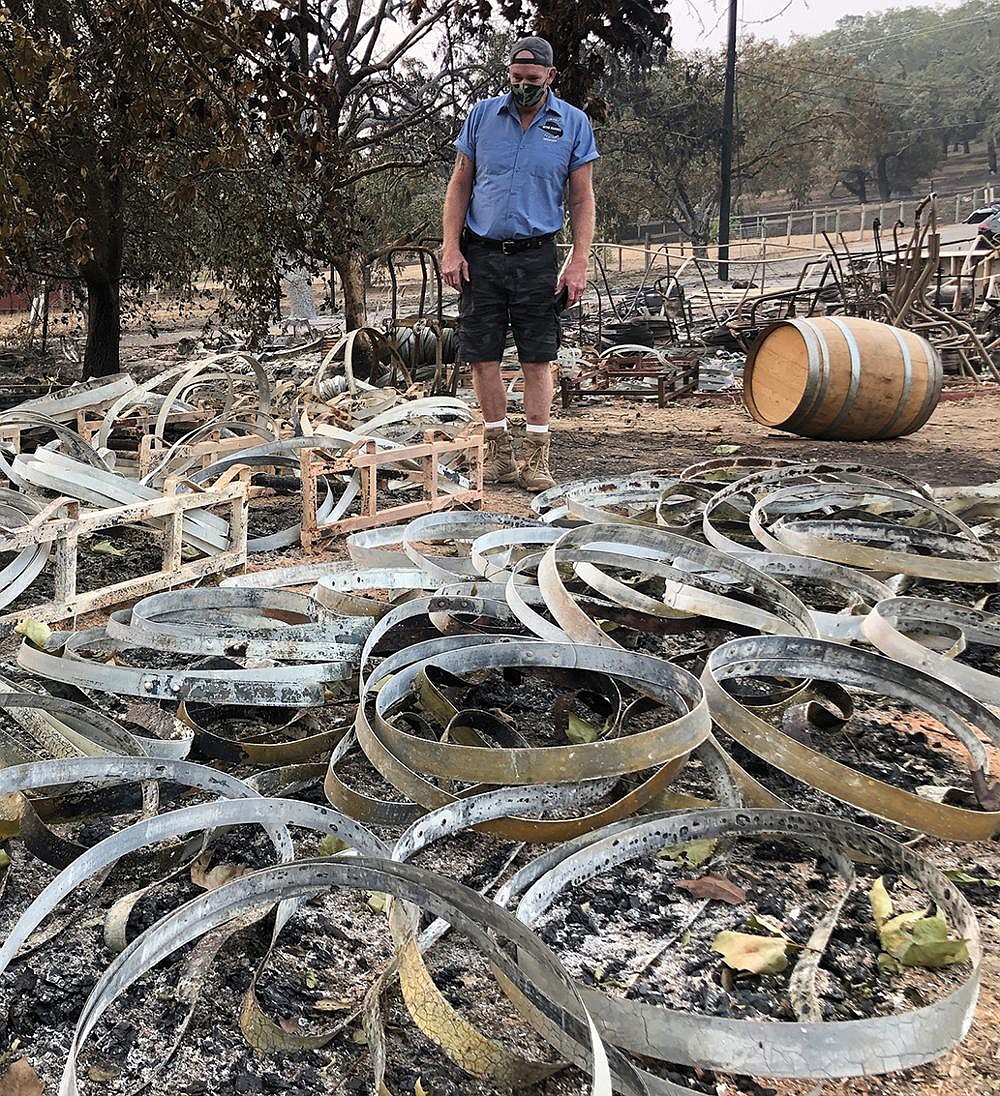 Kevin Conant stands Wednesday amid hundreds of metal rings left from wine barrels that were destroyed when a wildfire swept over his business, Conants Wine Barrel Creations, in Santa Rosa, Calif. Conant and his family escaped with little more than the clothes on their backs. Flames devoured swaths of brush and trees in Northern California on Wednesday as the weather remained hot and dry. More photos at arkansasonline.com/101fires/. Video at arkansasonline.com/101napa/. (AP/Haven Daley) 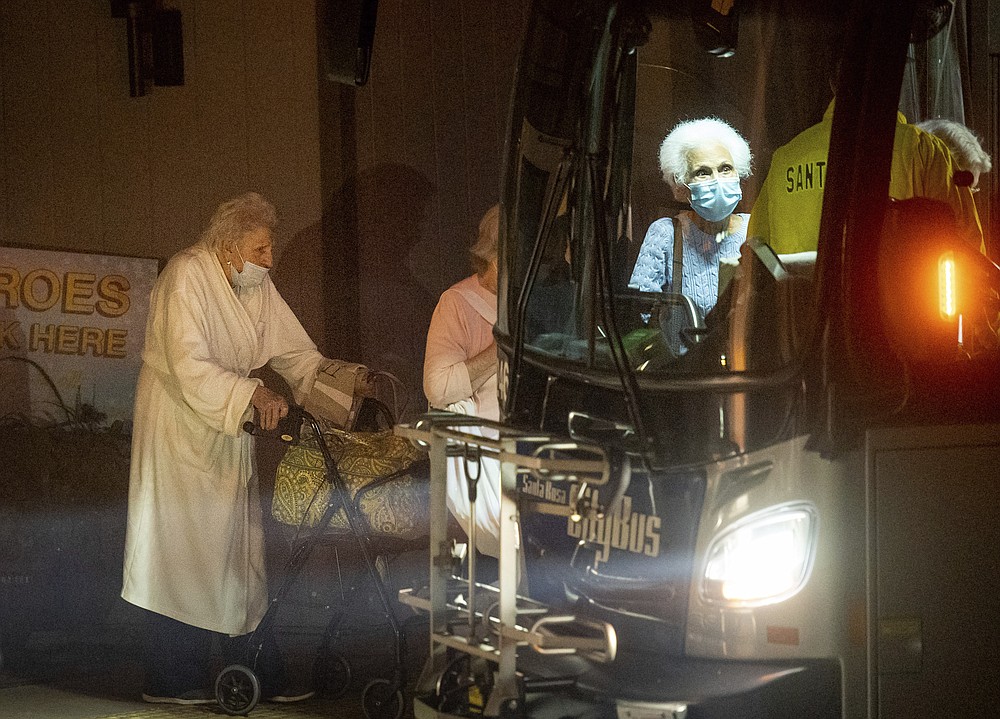 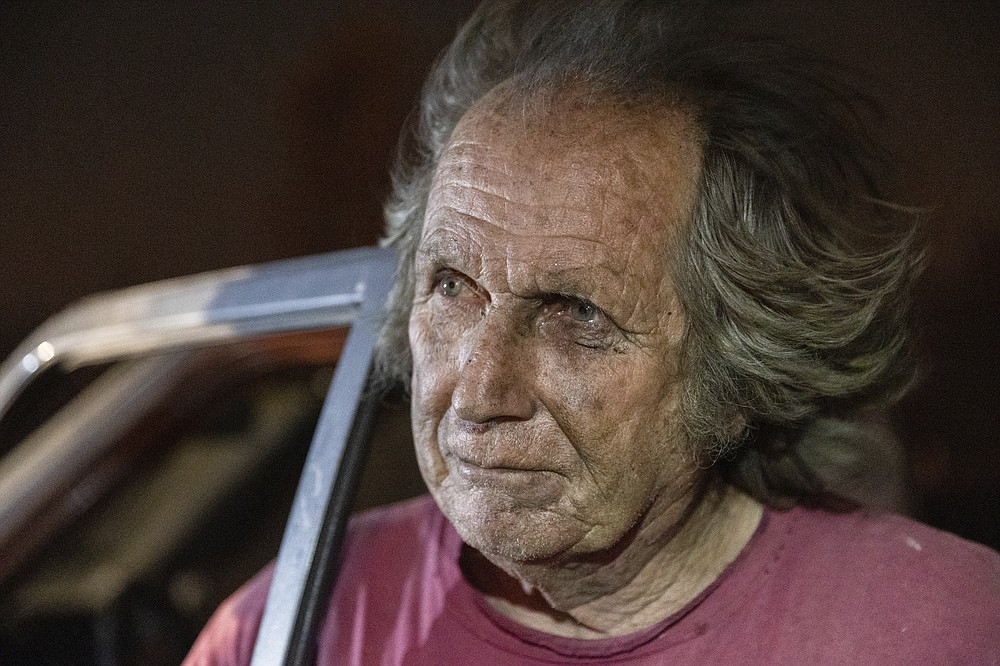 Tom Smith stares at a burning home on Platina Road after refusing to evacuate from the Zogg Fire near Ono, Calif., on Sunday, Sep. 27, 2020. (AP Photo/Ethan Swope) 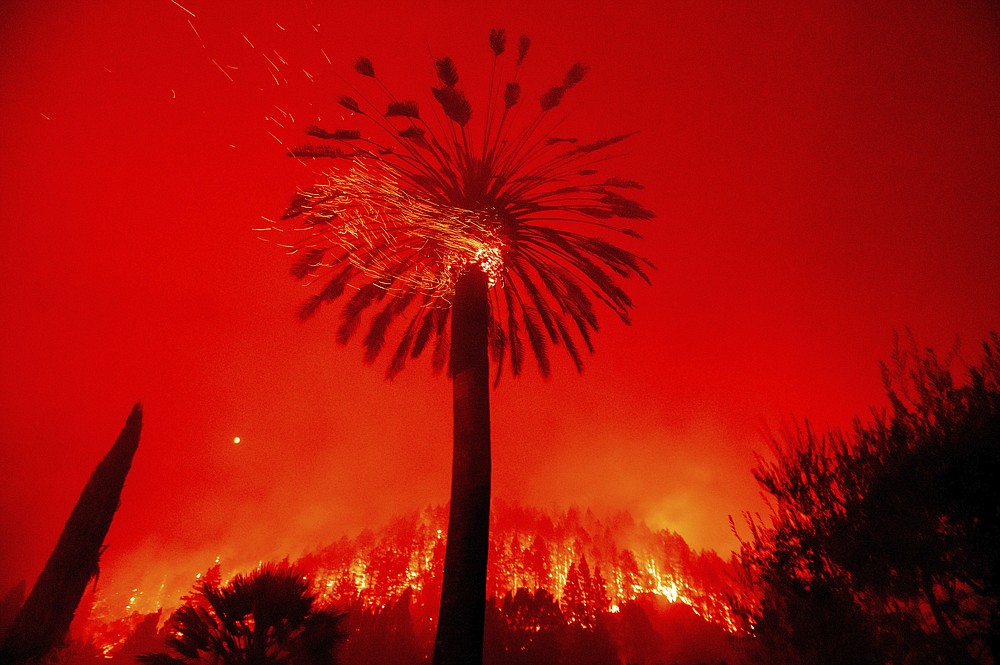 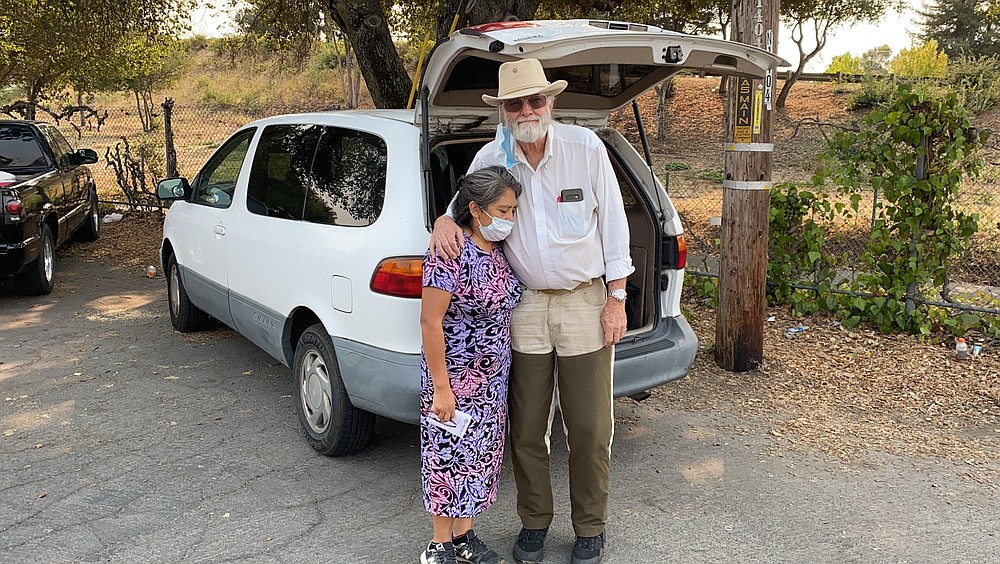 Wildfire evacuees Mike Christianson and his wife Mluz Torres stand in front their minivan outside a church shelter in Napa, Calif. on Tuesday, Sept. 29, 2020. They learned Monday their house in Deer Park in Napa Valley burned down. (AP Photo/Terry Chea) 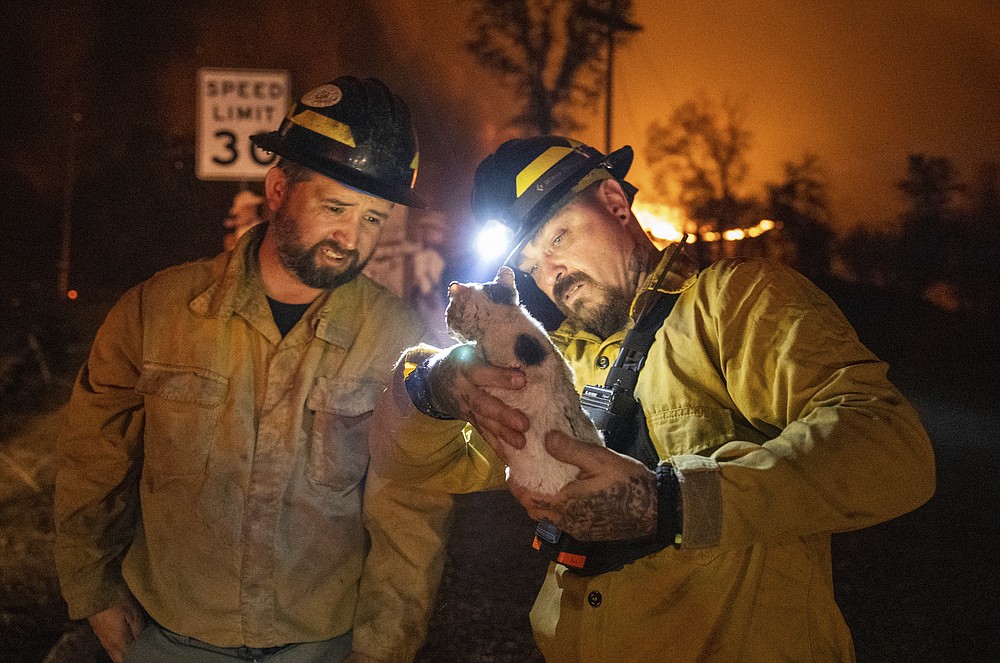