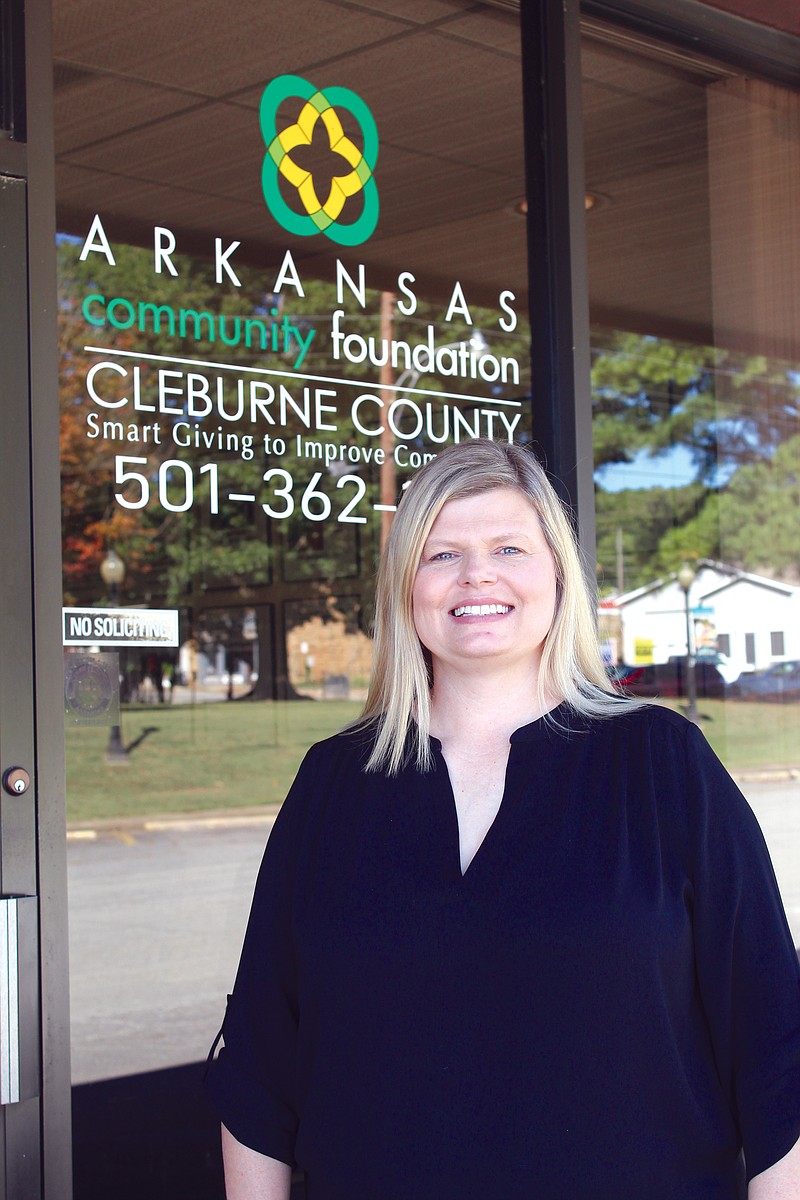 Susan Vowels is the new executive director for the Cleburne County affiliate of the Arkansas Community Foundation. She replaces former director Kathy Phillips, who took a full-time job at First State Bank.

HEBER SPRINGS — In March, when municipalities in Arkansas began shutting down as a response to the COVID-19 pandemic, Susan Vowels began volunteering for the outreach center at New Life Church in Heber Springs. It was there that she saw just how prevalent food insecurity is in the area.

“I felt like I wanted to be involved with an organization that gives back to our community,” she said. “I think we are called to help those who can’t help themselves, and there is such a great need in this community.

“[Working at the food pantry], I saw there were a lot of people who were underprivileged and needed a lot of resources.”

Once school let out in the spring as a result of the coronavirus, Vowels said, food insecurity definitely increased. She said many children depend on their schools for food and nutrition.

“It has put people in a really hard spot,” Vowels said.

“Our work is relationships, and it is a deep understanding of the community, and I think through the interview process, we saw the very deep caring and compassion Susan has for the community she lives in,” said Lauren Morris. Arkansas Community Foundation affiliate director. “She thrives off relationships, and that is what the work is — being the connector.

“She is going to be perfect for that. We are excited to have her. She has been wearing me out. She is ready to hit the ground running, which is a good thing.”

Morris said the affiliate had a few applicants for the position over a couple of months, but none who was going to be as good a fit as Vowels.

“We were excited to come across Susan,” Morris said.

The Heber Springs School District has returned to in-person schooling for the fall.

“I know a lot of parents are happy to be able to send their kids back to school, especially those with food insecurity,” Morris said.

She said the school district has received a grant that will provide free breakfast and lunch for students through December.

“Music has always been part of my life, as a child all the way up to adulthood,” Vowels said. “I took piano lessons as a child through my senior year, and I sang in a choir that was really dynamic.

“My music teacher made such an influence in my life that I majored in music education when I first started college. … I grew up with church music, and my mother played the piano and wrote church music.”

Vowels said she still sings occasionally, including being part of the worship team at New Life Church in Heber Springs.

Vowels said she heard about the job with the foundation through one of the church’s board members.

“She told me about the foundation, and she said that with my background, I would be a perfect fit for this job,” Vowels said.

She said her biggest takeaway from the job in the first few weeks has been how much money the foundation has given back to the community through grants and scholarships. Vowels said that last year, the foundation returned more than $25,000, and since 2004, when the affiliate began, it has awarded more than $938,000. According to its website, arcf.org, the affiliate “partners with individuals, families and corporations to build our community through philanthropy.”

“One of our core values is local philanthropy and keeping local dollars local,” Morris said, “and I can’t do that from Little Rock, where our main office is located.

“There is no way we could keep that core value and operate just out of Little Rock.”

Vowels said that among the biggest needs in Heber Springs is transportation for senior citizens to local medical centers.

“There is a drug crisis here, I believe,” Vowels said. “We also have a need for fostering — just to name a few. We have to find financial support through grants, and our grant cycle runs from January to February every year, and we can award $500 to $2,500, depending on the need.”