Director finds way to give back with Main Street Mission 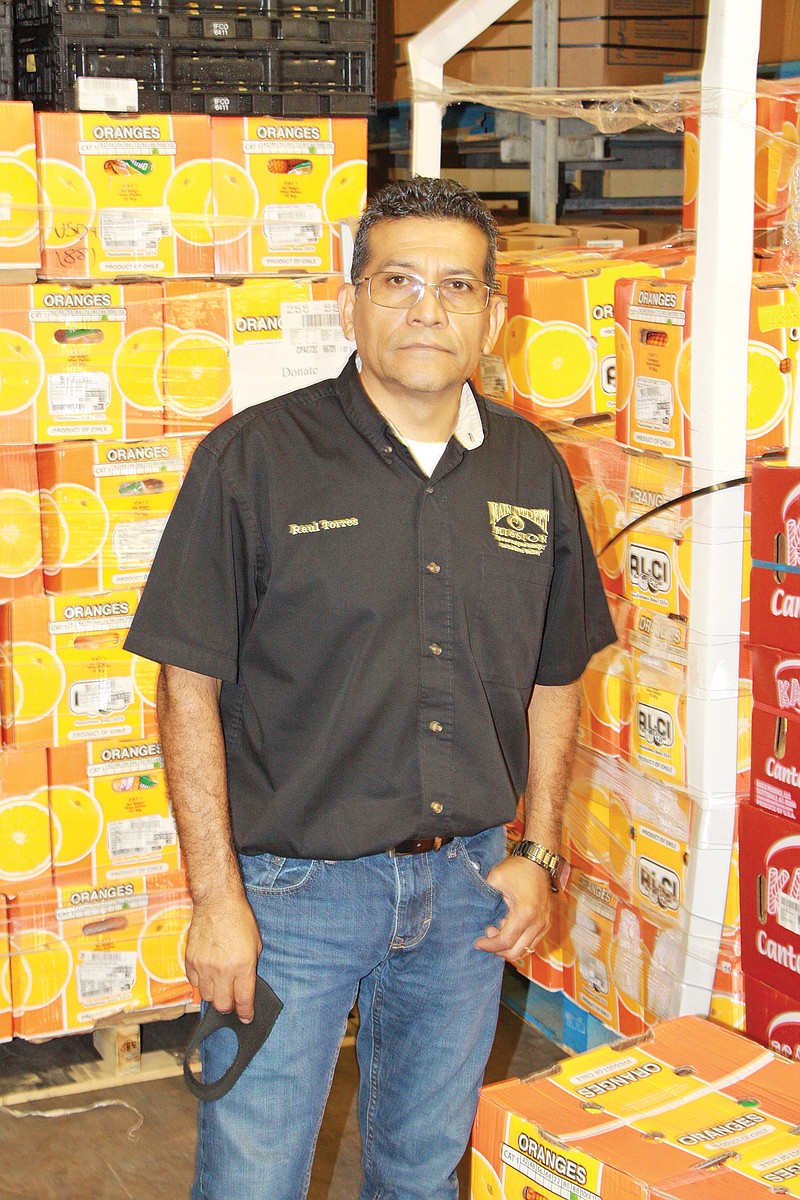 Raul Torres, the director of Main Street Mission in Russellville, said the mission has seen a dramatic increase in food distribution since March, going from once a week to about four days a week. ( Sam Pierce)

RUSSELLVILLE — When Raul Torres moved to Arkansas from Portland, Oregon, in 2001, he was looking for a place to give back to the community. That’s when he found the Main Street Mission in Russellville.

“I saw the need in the area, and being in a position in the past when I needed help, I thought the best thing I could do was give back and try to help people and be part of an organization that would take care of others,” Torres said.

Torres lived in Portland for 13 years and was in Alcoholics Anonymous and went through rehab. He said he was in a place in his life where he needed a change, or a fresh start, and his in-laws lived in Arkansas. After visiting the area in 1999, he said he told his wife, “I think we can move to Arkansas and try it.”

“I was looking for a change and a place to raise my girls,” he said.

“When I first came to Main Street and started getting involved and was seeing an impact on people’s lives, it became a passion for my heart,” Torres said.

Marilyn Williamson and her husband, Gary, founded the mission 26 years ago. Gary died 10 years ago.

“Raul fits like a glove,” she said. “He came to us before my husband passed and asked, ‘What can I do?’ and we asked him to translate when we were having services.

“I know the mission is in great hands with Raul. I trust him with all my heart. We are blessed.”

“It has been a big blessing and experience to work with Marilyn and to see such a big impact in the River Valley,” Torres said. “She has been in the area for many years, saw the needs of the many and wanted the goal of Main Street Mission to ensure that no one goes hungry in the River Valley.”

Since the COVID-19 pandemic began in March, Torres said, food distribution for the mission has increased from once a week to about four days a week, including one day that is specifically for seniors and veterans. Torres said it is important to take care of them first and reduce their exposure to COVID-19.

“After the first day, any families can come through our drive-thru, and on the third day, families that work and haven’t been able to come are allowed,” Torres said. “If we have any extra food, we will do a fourth day.”

Recently, Main Street Mission distributed 1,100 food boxes in four days, compared to pre-COVID-19, when the most boxes given out were 500. He said the mission also serves a hot meal from 10 a.m. to noon Monday through Friday. He said that because of COVID-19, the meal is served drive-thru only.

The mission used to supply breakfast as well, but since COVID-19 began, serving breakfast has stopped. Volunteers from different churches and groups in the area serve and prepare the meals in the mission’s kitchen.

He said one local warehouse donates unused or discarded produce to the mission, and Torres said that as long as the mission has room for the items, it will take them. The mission is also a member of the Arkansas Food Bank in Little Rock.

“Everything we give to the community is donated,” he said. “The only thing we buy is supplies for the kitchen, such as oil, flour and other ingredients.”

Torres said the Main Street Mission recently received a grant from the River Valley United Way, Russellville Tyson, Dardanelle Tyson and the Arkansas Community Foundation of Polk County, specifically to be used for the changes as a result of COVID-19. He said some of the churches and area businesses have also been generous in their financial support.

He said the mission has a warehouse that stores house items, clothes, shoes and even appliances, but because of COVID-19, the mission is currently not taking any donations, and the warehouse is closed.

Torres and his wife, Delia, have been married 33 years, and she helps with the food distribution and some of the paperwork at the mission. The couple have four daughters, the oldest of whom was born in Mexico. Torres and his family moved to the United States in 1986. He and his wife are also pastors of a church in Dardanelle.

“I feel like it is a privilege to be a part of what God is doing in the River Valley,” Torres said. “The anniversary of the mission is coming up in November, and just seeing how [people’s] needs are being met and being a part of this nonprofit organization are blessings. … I’ve been there. I know what it feels like. These people are not here because they want to be. They are here because of situations in their life, and we are not here to judge people. We are here to help.”