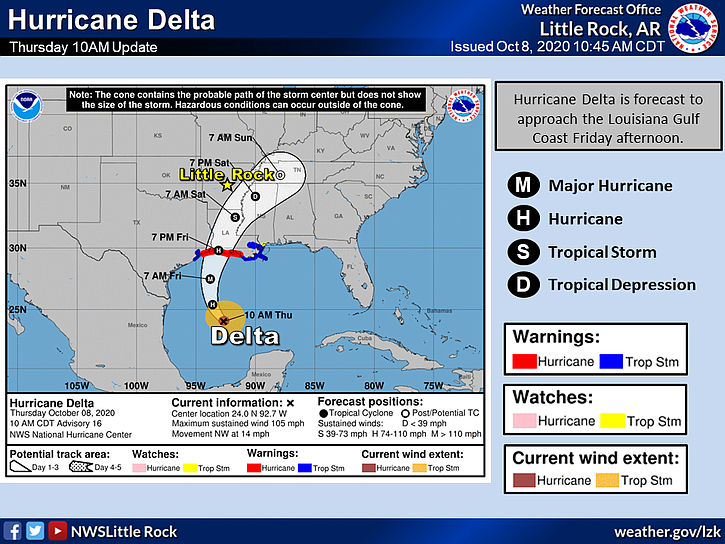 Forecasters predict the remnants of Hurricane Delta will move across parts of Arkansas starting late Friday, bringing a chance for heavy rain and flooding to much of the state’s southeastern half.

Delta, which on Thursday was bearing down on the Gulf Coast, is expected to reach Arkansas on Friday and continue across the state through Sunday, a National Weather Service briefing states. Residents in roughly the southeastern half of Arkansas are predicted to see as much as six inches of rain, along with sustained winds up to 25 mph and gusts near 40 mph, the briefing states.

The weather service predicts the risk for flooding, rain and sustained winds to be most significant through Saturday. Farmers in the Arkansas Delta region are likely to see the greatest impacts.

Northwest Arkansas is expected to see “little to no impacts” from the remnants of Delta, forecasters said, though a shift to the west could expand its impact across the state.