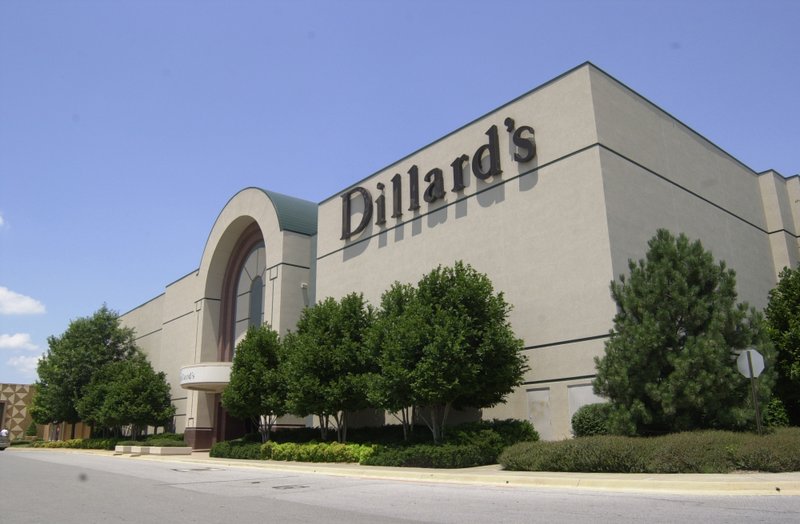 The exterior of the southeast corner of Dillard's at the Northwest Arkansas Mall in Fayetteville June 17, 2002.

LITTLE ROCK -- Dillard's, a national department store chain headquartered in Little Rock, agreed to pay $900,000 and take other measures to resolve a race discrimination lawsuit brought against it recently by the U.S. Equal Employment Opportunity Commission after years of unsuccessful negotiating.

U.S. District Judge Lee Rudofsky approved a consent decree Thursday he indicated was updated and resubmitted this week after he a conference with the parties Monday.

The commission, an independent federal agency tasked with enforcing federal laws prohibiting employment discrimination, accused the retailer in the Sept. 29 lawsuit of failing to promote Black employees because of their race, in violation of Title VII of the Civil Rights Act of 1964.

The agency announced Friday in addition to paying $900,000 in back pay and compensatory damages to people denied promotions, the two-year consent decree requires the retailer to develop and post written promotion policies for its stores nationwide, post vacancies for supervisory and managerial positions, provide anti-discrimination training and maintain an email address and employee hotline to anonymously register complaints about failed promotions based on race.

"The company will report any such complaints to the EEOC," the agency said. "Dillard's will also reach out to historically black colleges and universities to recruit African American students into its Little Rock Buyer's Program."

The lawsuit also alleged Dillard's, which operates about 330 stores in 28 states, failed to recruit Black college students into its Executive Development program.

A spokeswoman for the chain acknowledged the lawsuit shortly after it was filed in the Eastern District of Arkansas, saying only it "relates to the pending settlement of EEOC charges dating back to 2011." She said the decree would "resolve all outstanding issues."

According to the 14-page decree filed in Little Rock, "Dillard's steadfastly denies these allegations, but in support of its resolute commitment to the principles of equal employment opportunity for all and to avoid protracted and continued litigation, the Commission and Dillard's have consented to entry of this Decree."

The decree says it resolves the matter "for all employees, current and former, who have claims within the scope of this lawsuit and the charges of discrimination filed that resulted in this civil action."

It identifies 11 people to receive monetary and injunctive relief, starting with Tanish Erby, who started working at Dillard's at Park Plaza Mall in Little Rock as a sales associate in 2005 and resigned in March 2014. The lawsuit called her the "lead charging party" and said she was denied a promotion to an auditor position in 2011 and was never promoted to a managerial or supervisory position.

The commission alleged in the suit the retailer didn't post job vacancies or have a written promotion policy, instead using a "tap on the shoulder" approach to filling managerial and supervisory vacancies.

Faye A. Williams, regional attorney for the commission's Memphis District Office, said, "We are pleased by the cooperativeness and willingness of Dillard's to revise its job posting process and hope that this will increase the number of qualified African Americans in management positions."