No pass zone: Logano keeps Harvick in his mirror 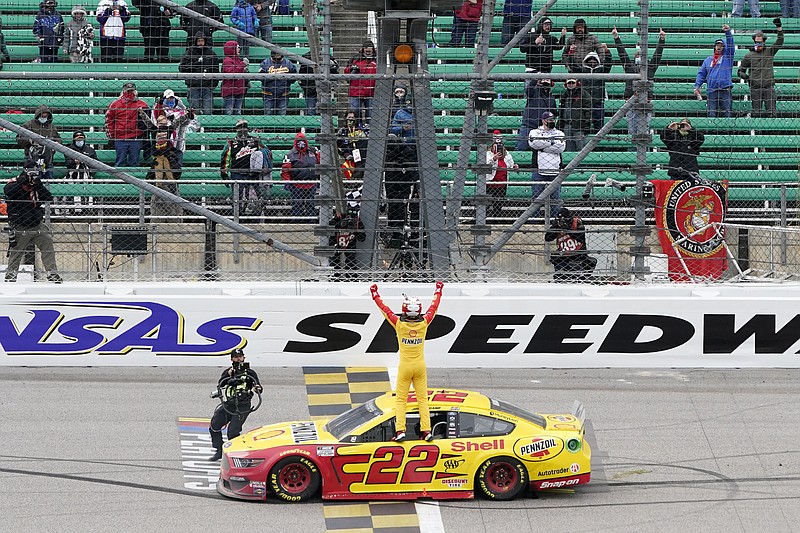 KANSAS CITY, Kan. -- Joey Logano spent the final 40-plus laps at Kansas Speedway keeping an eye on Kevin Harvick in his rear-view mirror.

Now, he can look ahead to the NASCAR Cup Series finale at Phoenix.

Using every bit of the track Sunday to hold off the winningest driver this season, Logano took the checkered flag on a cold, blustery Sunday to secure a spot in the championship round of the playoffs. Harvick was followed across by Alex Bowman and Brad Keselowski as postseason contenders swept the top four spots in the opener of the round of eight.

"It's on your mind every lap. You come into this race knowing if you win this thing you have an amazing advantage," said Logano, who experienced the same perk on his way to the 2018 title. "I can't believe it, especially the way the beginning of the race was going, running back there around 10th and not scoring any stage points."

Harvick, who already has won nine times this season, kept pulling up to Logano's bumper after the final restart for a caution brought out by Tyler Reddick. But he simply couldn't make a pass stick as Logano moved all over the track to block him while taking advantage of lapped traffic that kept Harvick from making a clear run.

"We just needed to get off pit road first. It came down to controlling that restart," Harvick said. "All our guys did a great job. We had a fast car. We moved all over the track. We weren't the best behind somebody but I had a lot of options."

Just none of them worked to get around Logano, who picked up his third win of the season and first since the covid-19 pandemic, which reduced the capacity to about 10,000 fans for Sunday's race at Kansas Speedway.

Oh, and one of his other wins this season? Phoenix, where Logano will now race for a title.

"I spent more time looking in the mirror than I did looking in the windshield there," Logano said of his late-race duel with Harvick. "I thought if I could hold him off the first 15 laps, I would have a chance."

Kyle Busch was fifth and Chase Elliott, who won the opening stage, wound up sixth after dealing with radio problems that at one point caused him to mistakenly pit. Elliott tried using a backup radio and even resorted to hand signs with his team on pit road to convey what he wanted done with the car.

Ryan Blaney, William Byron, playoff driver Martin Truex Jr. and Christopher Bell rounded out the top 10. Kansas native Clint Bowyer, who is retiring after the season and taking a spot in the Fox Sports commentary booth, was competitive early but wound up finishing 26th in what could be his final race at his home track.

Harvick's second-place run was good for his own championship hopes. He now has a 41-point cushion over the cut line with two races left before the championship, while Denny Hamlin is 20 points above it after a mistake caused him to brush the wall and he wound up 15th. Keselowski is eight points above Elliott, the first driver below the cut line.

Bowman is 27 points below, Truex is 31 points behind and Kurt Busch is 73 points back after blowing his engine Sunday.

Elliott may have had the most eventful afternoon until the final green-flag run simply because of his radio issue, which really bit him in the second stage. He had pit with most of the leaders before Matt Kenseth hit the front-stretch wall to bring out a caution. The remaining cars headed down pit road with 12 laps left in the stage, but Elliott crew chief Alan Gustafson wanted his driver to stay on the track. The message did not go through, and Elliott took a left onto pit road.

Elliott lost a handful of spots and that left Hamlin and Harvick, who have combined for 16 wins this season, to race for the stage win. Hamlin managed to hold off the 2014 series champion to win his 10th stage of the season.

Truex's team failed inspection twice before finally making it through, but that sent his No. 19 Toyota to the back of the field for the start. He quickly worked his way into the top 10, where he spent much of the rest of the afternoon.

Kurt Busch had to serve a penalty for speeding on pit road that hurt him in the opening stage. Then, midway through the final stage, he began to notice a problem in his car. His engine finally gave out with a belch of smoke heading into Turn 1 with 68 laps left, leaving him in a win-or-else situation at Texas and Martinsville.

"Usually there's no warning. Everything is so buttoned-up these days in the engine department. And wow, I haven't had an engine problem in years," said Busch, whose Chip Ganassi Racing team gets its engines from Hendrick Motorsports.

"No fault of anyone at Hendrick. We were just running hard," Busch added. "We were right in the mix. We were doing the deal. It's a shame for everyone at Chip Ganassi Racing. Having an engine failure in the playoffs, it's like a huge parachute that slows you up. We'll pack that parachute up and go tot Texas." 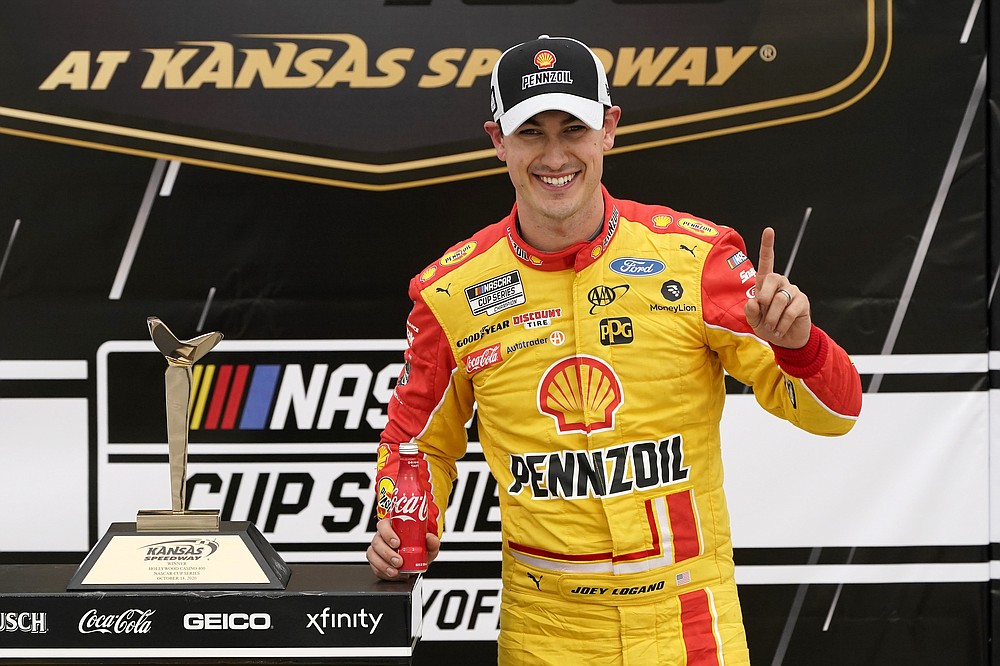 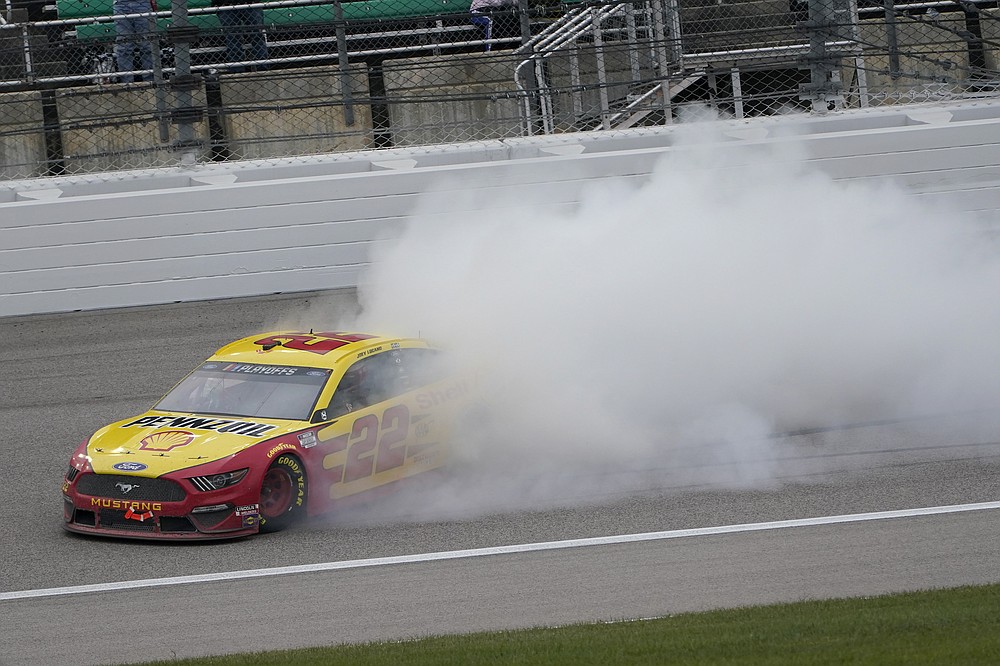 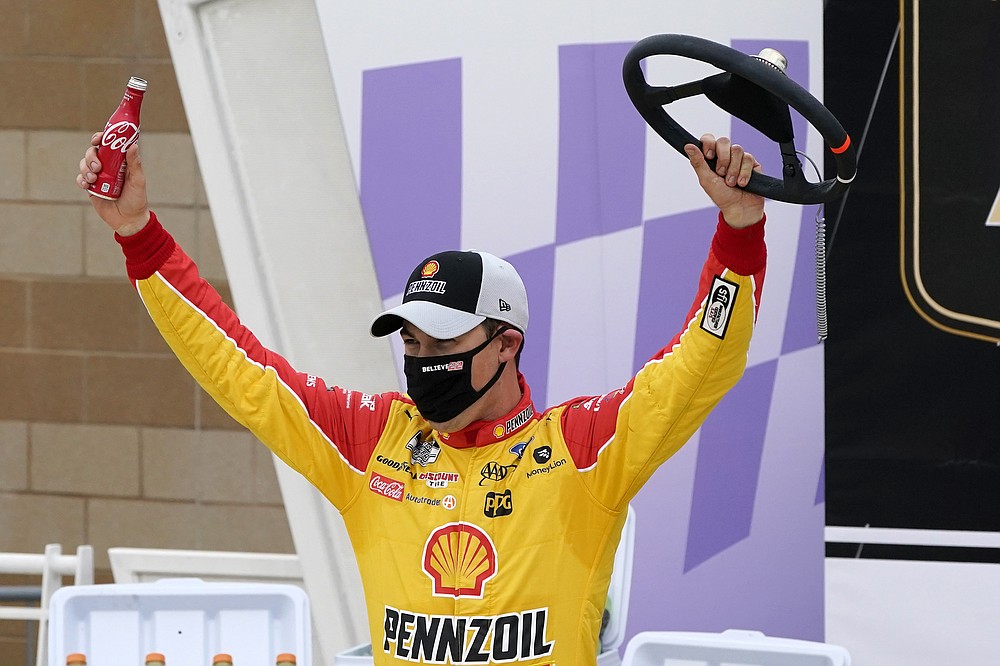 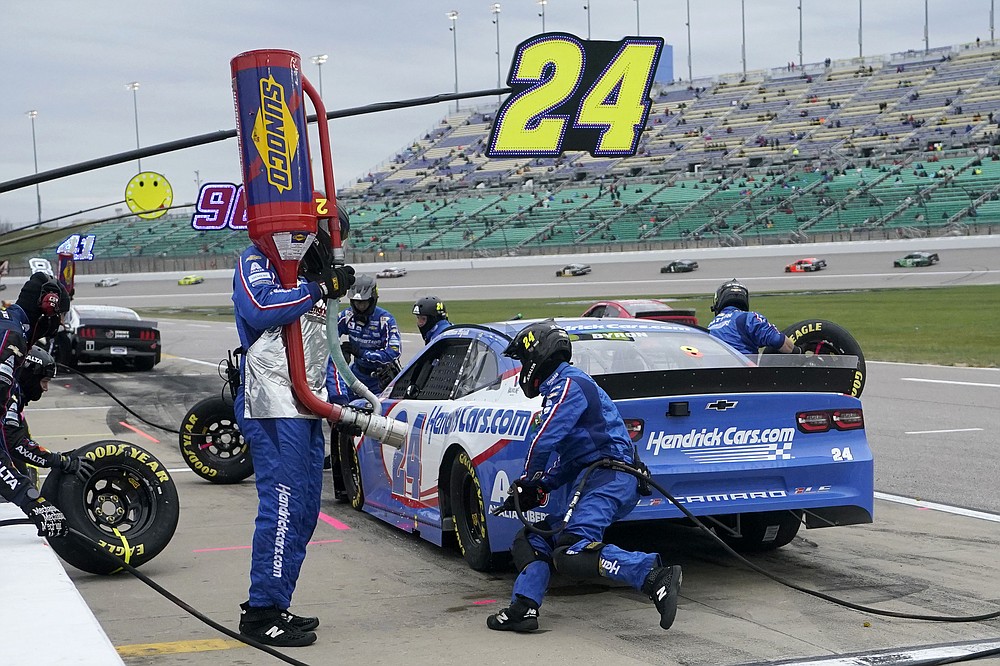 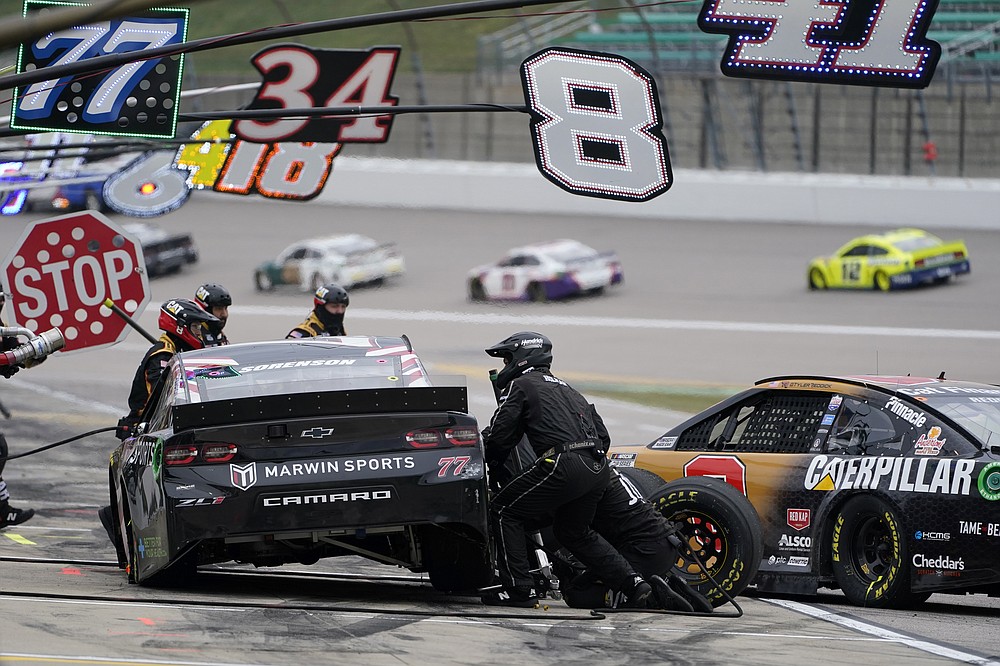 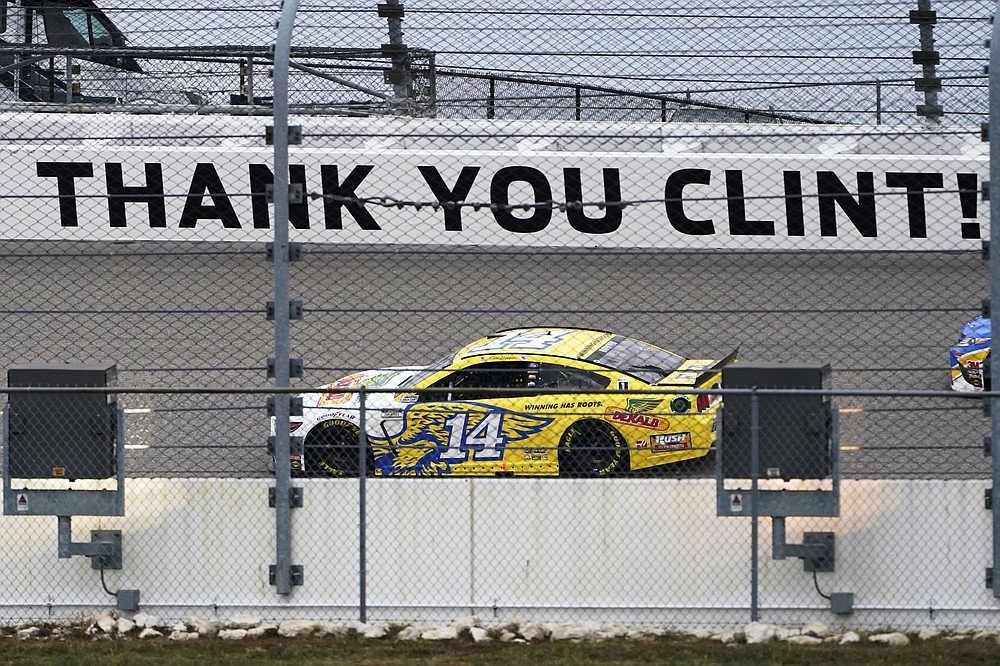