Biden, Trump gear up for their final debate 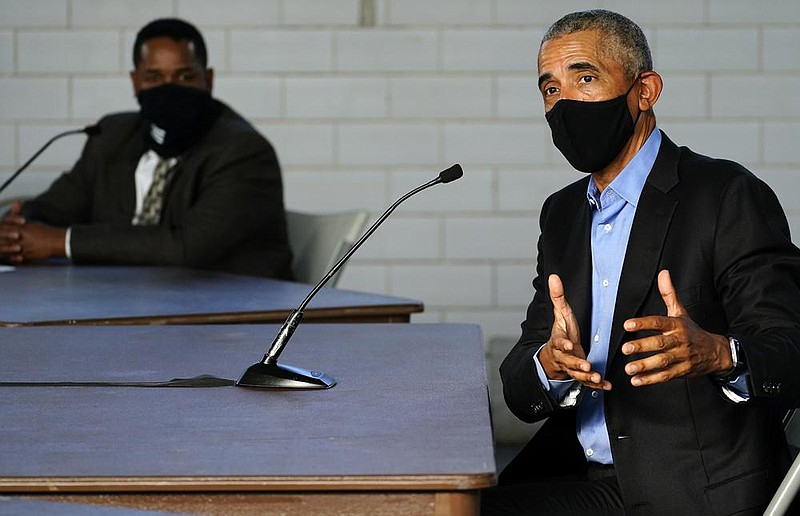 Former President Barack Obama speaks at a drive-in campaign rally Wednesday in Philadelphia. “America is a good and decent place, but we’ve just seen so much nonsense and noise that some- times it’s hard to remember,” Obama said. More photos at arkansasonline.com/1022campaign/. (AP/Matt Slocum)

NASHVILLE, Tenn. -- President Donald Trump and former Vice President Joe Biden are to square off in their final debate tonight, and former President Barack Obama made his first in-person campaign pitch for Biden on Wednesday, urging voters in Philadelphia not to sit out the election.

Meanwhile, U.S. officials Wednesday night called out Iran and Russia for activities seeking to interfere in the Nov. 3 presidential election. The officials said Iran is responsible for emails sent to intimidate American voters and sow unrest in in a number of states.

The announcement at a rare news conference just two weeks before the election underscored the concern within the U.S. government about efforts by foreign countries to spread false information seeking to suppress voter turnout and undermine American confidence in the vote.

"These actions are desperate attempts by desperate adversaries," said John Ratcliffe, the government's top intelligence official, who, along with FBI Director Chris Wray, insisted that the U.S. would impose costs on any foreign countries that interfere in the 2020 U.S. election.

Both countries have obtained voter registration information, though such data is considered easily accessible. Despite the Iranian and Russian actions, the officials said Americans can be confident that their vote will be counted.

[Video not showing up above? Click here to view » https://www.youtube.com/watch?v=Fzbz8uf1smA]

While state-backed Russian hackers are known to have infiltrated U.S. election infrastructure in 2016, there is no evidence that Iran has ever done so, sources say. Cybersecurity experts say they consider Iran a second-rate actor in online espionage.

The news conference was held as Democratic voters in at least four battleground states, including Florida and Pennsylvania, have received threatening emails, falsely purporting to be from the far-right group Proud Boys, that warned "we will come after you" if the recipients didn't vote for Trump.

"You should be confident that your vote counts," Wray said. "Early, unverified claims to the contrary should be viewed with a healthy dose of skepticism."

On Wednesday, with less than two weeks before Election Day, Obama used a drive-in campaign rally in Philadelphia to assure voters that Biden and his running mate, U.S. Sen. Kamala Harris, can mend what he called a fractured country.

"America is a good and decent place, but we've just seen so much nonsense and noise that sometimes it's hard to remember," Obama said, after spending much of his 35-minute speech upbraiding Trump as "incapable of taking the job seriously" and interested only in himself.

Obama's visit to Philadelphia underscores the significance of Pennsylvania, the Rust Belt state that helped deliver Trump the White House four years ago. Pennsylvania is the battleground state that Biden has visited the most this campaign season.

Trump has prioritized the state as well. The president Wednesday was in Erie, Pa., one of a handful of Pennsylvania counties that Obama won twice before it flipped to Trump in 2016.

Obama stood on a stage facing car-bound supporters watching him on a screen and rewarding his attack lines with a cacophony of honking horns.

"I never thought Donald Trump would embrace my vision or continue my policies, but I did hope for the sake of the country that he might show some interest in taking the job seriously," Obama said. Trump "wants full credit for the economy he inherited and no blame for the pandemic he ignored."

Meanwhile, the president held a campaign rally in Gastonia, N.C., on Wednesday night.

Trump spoke about a public feud with "60 Minutes" correspondent Lesley Stahl, who he says took him too seriously after he pleaded for suburban women to love him. Stahl interviewed Trump at the White House on Tuesday for Sunday's edition of the news program. Trump abruptly ended the interview.

Addressing the rallygoers, Trump said Stahl pressed him on his plea for love from suburban women, many of whom have been seen as turned away from the president.

Trump said although he was kidding, "I mean it."

He said Stahl told him: "You are begging for women to love you."

The president also alluded to a threat he first issued on Twitter to release a White House video of the interview before it airs Sunday.

Some advisers are urging Trump to adopt a lower-key style in tonight's debate and put Biden more squarely in the spotlight.

Biden, who has stepped off the campaign trail to prepare for the debate, had indicated he expects Trump to get personal. The former vice president and his inner circle see the president's approach chiefly as an effort to distract from the coronavirus, its economic fallout and other crises.

With less than two weeks until Election Day, more than 42 million people have already cast their ballots. The debate, moderated by NBC's Kristen Welker, is a final chance for both men to make their case to a television audience of tens of millions of voters.

"The rule is that last debates before the election have a big impact," said presidential historian Michael Beschloss, who made clear the legacy of the candidates' first face-off: "That was the most out of control presidential debate we have seen."

Trump on Tuesday called on Attorney General William Barr to immediately open an investigation into claims about Biden and his son, Hunter.

A New York Post report published last week cited an email in which an official from Ukrainian gas company Burisma thanked Hunter Biden, who served on the company's board, for arranging for him to meet Joe Biden during a 2015 visit to Washington. The Biden campaign has rejected the assertion of wrongdoing and noted that Biden's official schedule did not show a meeting with the Burisma official.

Some former national security officials and other experts said the report raises red flags about a possible foreign disinformation effort, especially given the involvement of Rudy Giuliani, Trump's personal attorney, and Giuliani's active role in promoting an anti-Biden narrative on Ukraine.

But Ratcliffe dismissed that disinformation theory. And the FBI said in a letter late Tuesday that it had "nothing to add at this time."

Trump campaign communications director Tim Murtaugh said, "Trump is still the political outsider, while Biden is the ultimate insider. We now know that Biden allowed his son to sell access to him while he was vice president."

While Biden will defend his record and his son, aides have said, he hopes to focus on making the case that Trump is unfit for office and has let the nation down during a confluence of crises.

Biden "knows that people want to hear about how we're going to help working families get through the end of the month and pay the rent," Harris said Wednesday in North Carolina. "That's what people care about, and one of the things I love about Joe Biden -- he doesn't take on or talk about other people's kids."

When Trump and Biden arrive in Nashville, Tenn., tonight for their final debate, they'll enter a city with rising coronavirus case counts in a state immersed in a debate over mask-wearing.

But Belmont University President Bob Fisher said canceling the debate never crossed his mind. He said he was always confident that Belmont could pull off the debate, even in a pandemic.

"Everybody is going to be tested, it's going to be the safest place in America," he said. Fisher said it would be "a very safe event" and "a very important moment for our country."

It was two days after the first debate in Cleveland when Trump tested positive for the coronavirus. The White House has refused to reveal when the president had last tested negative before the debate, raising questions as to whether he was already infected when he took the stage.

After the diagnosis, the Commission on Presidential Debates ruled that the second debate, which was to have been held last week, would be virtual. Trump balked, leading to the cancellation of that debate and the two candidates holding dueling town-hall sessions instead, speaking at the same time more than 1,000 miles apart.

On the debate stage Wednesday, two large, plastic-glass shields had been put in place in front of the candidates' lecterns.

Tonight, in an effort to curtail interruptions, Trump and Biden will each have his microphone cut off while his rival delivers an opening 2-minute answer to each of the six debate topics, the commission announced. The mute button won't figure in the open discussion portion of the debate.

Separately, a federal appeals court ruled that North Carolina election officials can continue to accept absentee ballots up to Nov. 12, provided the ballots are postmarked by Election Day.

The 12-3 ruling, issued by the 4th U.S. Circuit Court of Appeals in Richmond, Va., late Tuesday, rejects a Republican appeal to block a ballot deadline extension issued in late September by the North Carolina Board of Elections, which changed the day ballots must be received by election officials from Nov. 6 to Nov. 12.

[Video not showing up above? Click here to view » https://www.youtube.com/watch?v=jedRRDTtD_I]

Republicans in the state had argued that the extended deadlines created two sets of rules for voting in North Carolina, an argument the court rejected.

The ruling comes after the U.S. Supreme Court declined to rule on a ballot deadline extension in Pennsylvania, which kept in place a ruling that allowed for ballots to be counted if they were received three days after Election Day.

And in Wisconsin, more than 75,000 people cast ballots on the first day of early in-person voting in the presidential battleground state, the state elections commission reported.

Mail-in absentee voting has been available since September, and more than 1 million people have already returned their ballots that way. The combined total of mail-in and early in-person votes cast in the state thus far amounts to 34% of the total votes cast in Wisconsin during the 2016 presidential election. 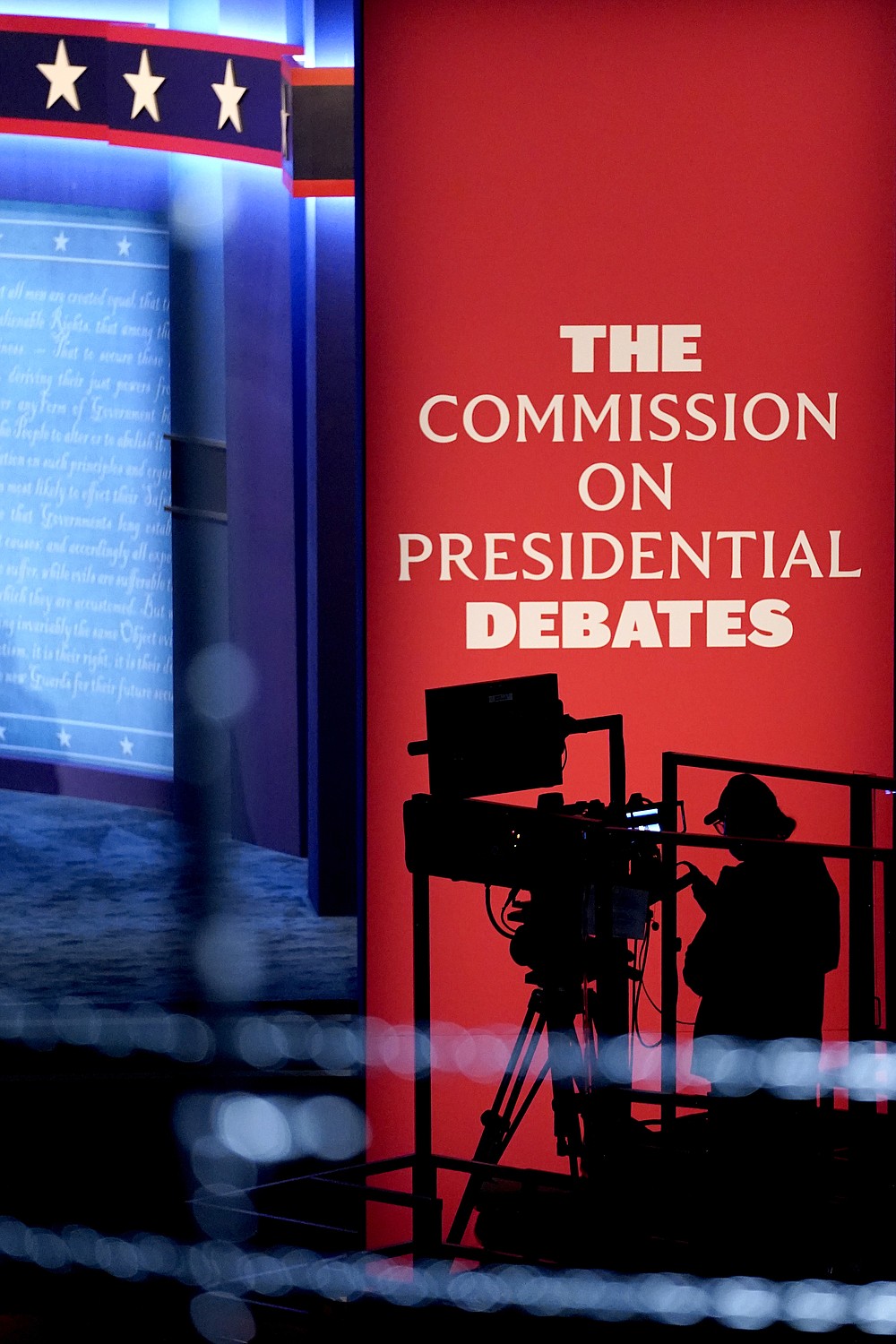 A camera operator is seen near his rig during a rehearsal tests ahead of the final presidential debate between Republican candidate President Donald Trump and Democratic candidate former Vice President Joe Biden, Wednesday, Oct. 21, 2020, in Nashville, Tenn. The debate will take place Thursday, Oct. 22 at the Curb Event Center at Belmont University. (AP Photo/Julio Cortez) 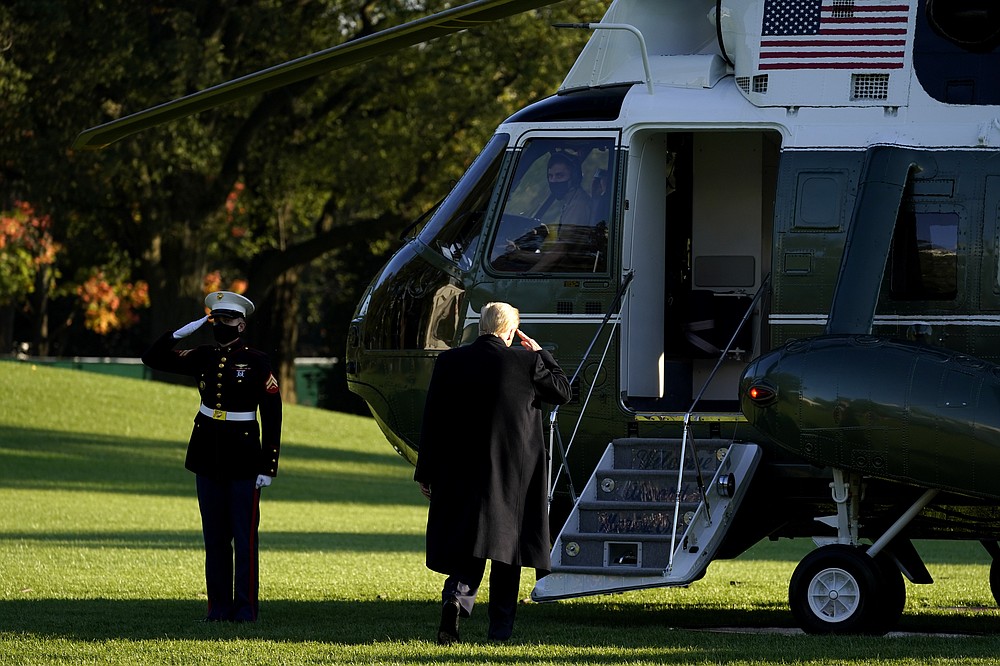 President Donald Trump salutes as he boards Marine One on the South Lawn of the White House, Wednesday, Oct. 21, 2020, in Washington. Trump is en route to North Carolina. (AP Photo/Alex Brandon) 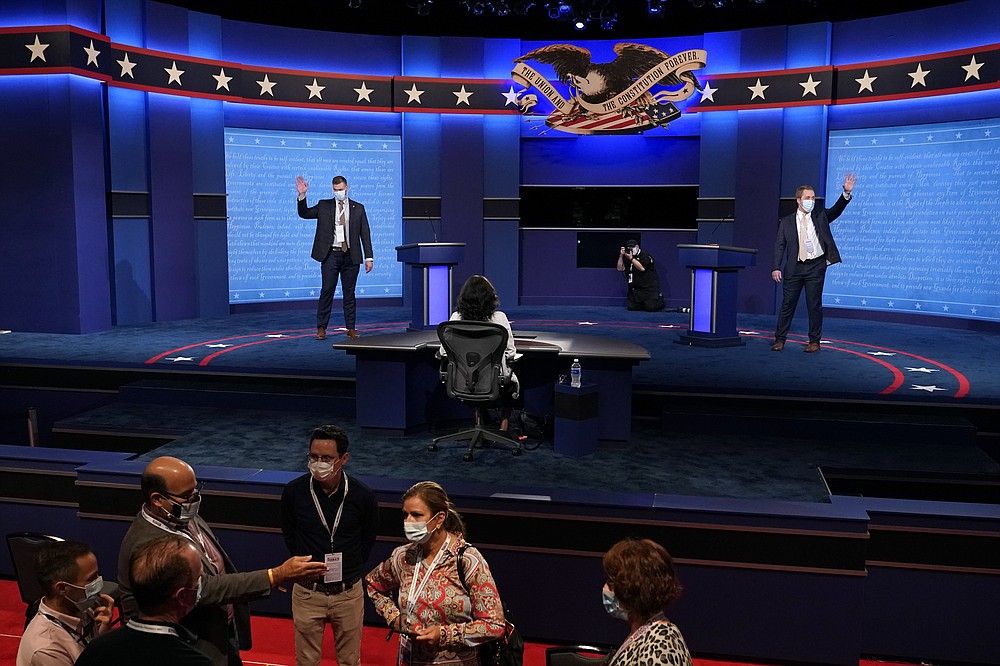 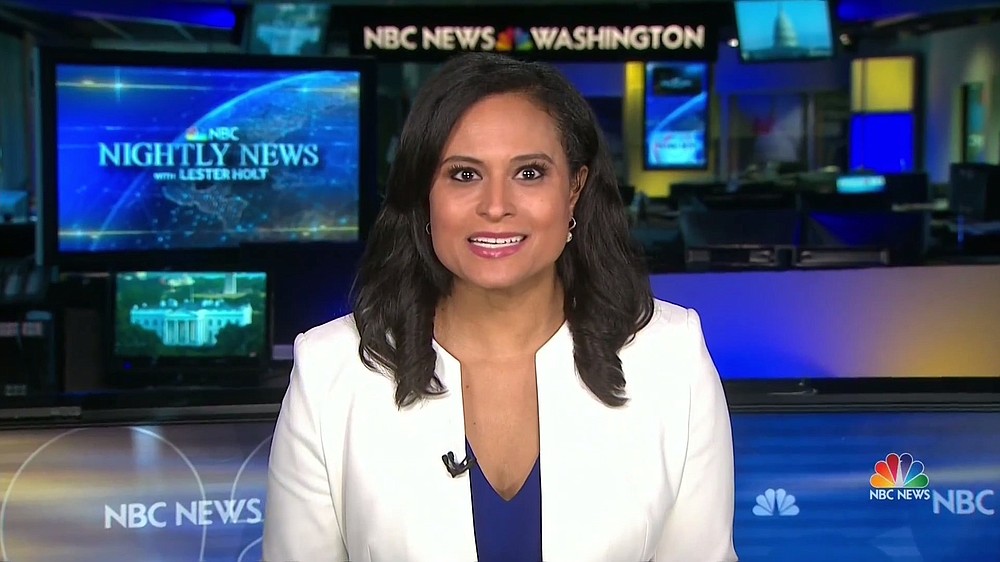