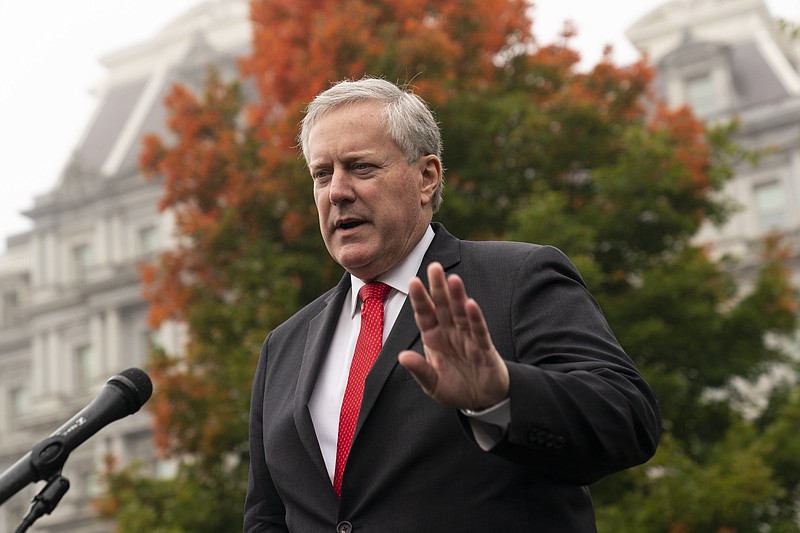 WASHINGTON -- House Speaker Nancy Pelosi on Wednesday downplayed chances of Congress passing a big new economic stimulus bill before the election, even as Democrats voted to block a slimmed-down GOP relief measure in the Senate.

Negotiations on a covid-19 relief bill are inching forward, but the window for action before the Nov. 3 election is closing and the issue will be tossed to a postelection lame-duck session of Congress.

[Video not showing up above? Click here to view » https://www.youtube.com/watch?v=QjZDb4OLKpQ]

President Donald Trump's chief of staff, Mark Meadows, accused Pelosi of slow-walking the talks, and Senate Majority Leader Mitch McConnell is warning against a costly deal that could drive a wedge between the president and his fellow Republicans.

"I'm never very optimistic about the lame duck, and I've never been surprised," said Sen. Roy Blunt, R-Mo. "You don't get near as much done as you think you're going to get done."

"I think Democrats would want to wait until the new president is sworn in and do it then and I think Republicans probably would say ... the economy's taking care of it," said Sen. Chuck Grassley, R-Iowa.

At issue is a huge virus relief bill that would send another $1,200 direct payment to most Americans, restart bonus unemployment benefits, fund additional testing and vaccines, provide aid to schools and allocate money to states and local governments, a Democrat priority.

A $1.8 trillion rescue plan in March passed virtually unanimously. The current Pelosi-pushed package is even larger but has run into resolute opposition from Republicans.

Pelosi remains optimistic, even after Washington was blanketed with media reports that McConnell, R-Ky., has warned the White House against sealing a $2 trillion or so relief deal with Pelosi before the election.

"Let's keep working so that we can do it after the election," Pelosi said Wednesday on MSNBC.

"We obviously want to have a deal by Nov. 3," Pelosi told SiriusXM radio. "That really is going to be up to whether the president can convince Mitch McConnell to do so."

McConnell says the GOP-controlled Senate is not buying the need for legislation as large as Trump wanted. And Meadows told reporters that Pelosi is still too uncompromising.

"We haven't seen a lot of action from Speaker Pelosi," Meadows said. "Most of the progress we've made have been concessions that the president has made."

Meadows joined Senate Republicans for a private lunch on Wednesday, as GOP senators continued to voice opposition to a large new spending bill.

"Obviously there are a number of senators that have concerns over the amount we're spending," Meadows told reporters as he exited the lunch, adding: "There are some that think we're not spending enough."

A few Republicans in tough reelection fights, such as Sen. Susan Collins, R-Maine, and Lindsey Graham, R-S.C., do support passing a big new relief bill -- though not necessarily the one taking shape between Pelosi and Mnuchin.

Sen. John Cornyn, R-Texas, another senior lawmaker who is up for reelection, told reporters that it's not just the size of the bill but some of the policies it contains.

"I think part of the problem is that people have just been focusing on the top line. There's more than just the top line, it's the substance that we haven't been talking about or focusing on," Cornyn told reporters.

"Part of the message from Senate Republicans is we need to have a discussion about the substance and whether, irrespective of the top line, whether the policy makes sense," Cornyn said.

The vote to block the Senate GOP plan Wednesday was 51-44 along party lines, well short of the 60 votes that would have been needed to advance the approximately $500 billion measure. It was practically the same outcome as last month, when McConnell tried to advance a nearly identical bill in the Senate.

The measure contained more than $100 billion for schools, a $300-per-week supplemental unemployment insurance benefit, and more subsidies for businesses especially hard-hit by pandemic-related downturns and closures. It does not include the $1,200 direct payments that are so important to Trump.

Senate GOP leaders argued that their approximately $500 billion bill was the appropriate response, and would have provided at least some help to needy Americans who've been waiting months for more relief from Congress as layoffs mount and coronavirus cases rise.

The legislation "would move us past Speaker Pelosi's all-or-nothing obstruction and deliver huge support right now for the most pressing needs of our country," McConnell said ahead of the vote.

Democrats and many Republicans have said major problems continue to exist in the economy months after the coronavirus pandemic spread across the United States. But they are divided on what kind of federal response to pursue.

Senate Minority Leader Charles Schumer, D-N.Y., called the vote a political stunt that was designed to fail, saying the legislation "leaves so many Americans behind."

Trump says that when he wins reelection, aid will flow immediately. When former President Barack Obama won reelection in 2012, for instance, he went on to prevail in "fiscal cliff" negotiations on taxes.

If he loses, it's unclear whether Trump's enthusiasm for delivering it will be as strong. Lame-duck sessions during White House changeovers in 2008 and 2016 didn't deliver much.

But Pelosi said she believes McConnell "might not mind doing it after the election."

Sen. Patrick Leahy, D-Vt., acknowledged that lame-duck sessions typically aren't very productive, but he added, "Normally they don't have this kind of emergency, either."

Information for this article was contributed by Andrew Taylor of The Associated Press; and by Erica Werner, Seung Min Kim and Jeff Stein of The Washington Post. 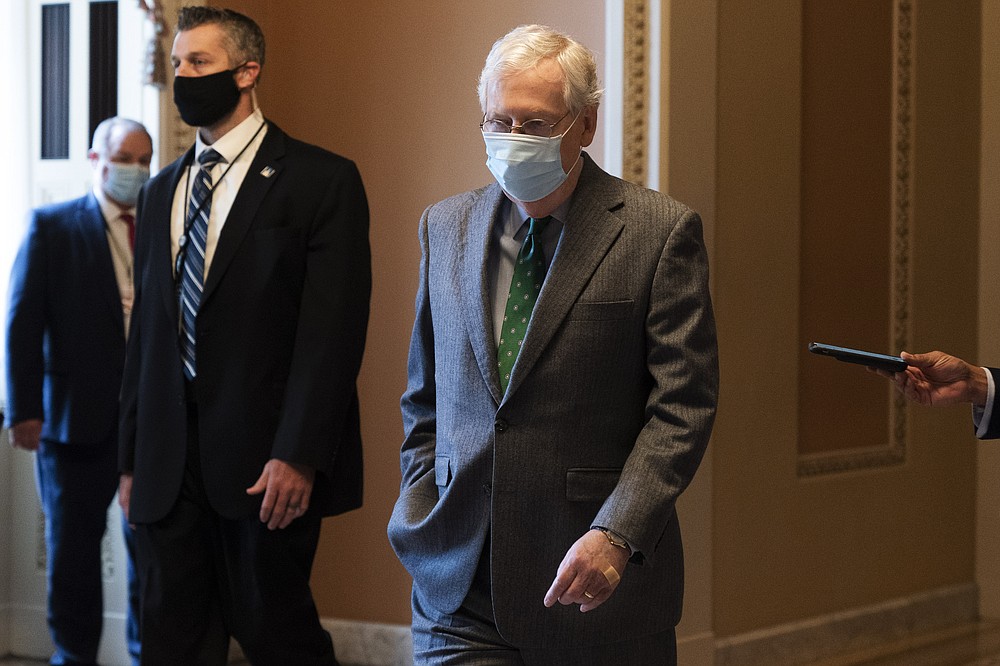