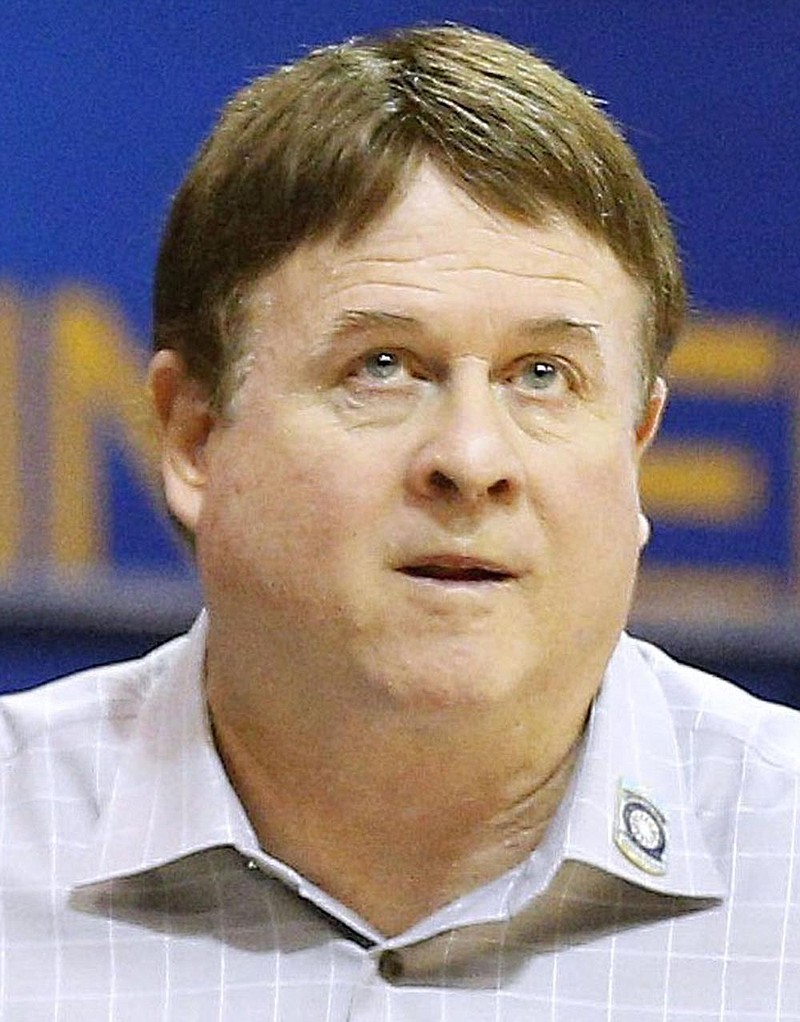 University of Arkansas at Little Rock women’s basketball Coach Joe Foley is shown in this photo.

Exactly one month before the season, University of Arkansas at Little Rock women's basketball Coach Joe Foley likes where his team stands.

Coming off a 12-19 season, Foley and UALR are looking to bounce back with key veterans leading the way. Coronavirus pushing the season back to Nov. 25 hasn't been a big obstacle thus far, Foley said.

"We've been real fortunate on the covid part. It's not really hit us. We've been able to have some practices and proceed about as normal as we can right now," he said. "We're making progress. We're a little older than we were last year, got a little bit more experience. Now we just have to put it together as a team."

Foley expects the duo to be not only be key contributors but also leaders for his team that includes five freshmen.

"They know what it takes and what to expect," Foley said. "If they can help show these new kids, the freshmen, what they need to do to compete in this conference and how tough it is -- that's kind of their roles."

Joining Vornes and Battle is junior guard Bre'Amber Scott, who transferred from Mississippi State last year and sat out the 2019-20 season due to NCAA transfer rules. Scott graduated from Little Rock Central.

Scott adds to UALR's experience, having played 58 games at Mississippi State while averaging 7.1 points and 1.5 rebounds in her sophomore season. She was especially efficient from beyond the three-point line, shooting 42.9%.

"She's got a little learning experience in our program and what we do here," Foley said. "She brings the outside shooting. We really struggled at the three last year, and she's a terrific three-point shooter. So the zones and things you see, she will give us a big advantage over what we had last year.

"She played at Mississippi State, was the national runner-up, she knows what it takes to win."

Foley said Scott's experience in the SEC will be a big help early in the season when they face what he says is one of the toughest nonconference slates in the country. The schedule has yet to be released, but Foley said it'll include several Power 5 programs coming to Little Rock.

Second-year Coach Matt Daniel said the first couple of weeks of practice have been tough for his team.

"We're pretty banged up," he said. "I think it has to do with some off-seasoning and not being able to work out, covid stuff. But hopefully we get that all out of the way, and we're ready to rock some time in November whenever our first game is."

Daniel has an experienced group coming back, with four seniors and six juniors. They are led by seniors Peyton Martin and Morgan Wallace as well as junior guard Jireh Washington, who led the Red Wolves in scoring last season with 13 points per game.

"We do have a contributing core group back, and we've added some to the mix in transfers, junior college and high school kids that will certainly help and contribute," Daniel said. "Any time you have returners back that are hard workers, that's exciting."

Daniel likes his depth, which could be key in a season where covid-19 lurks.

"We're trying to get everyone ready because if someone does test positive, that we're ready to go," Daniel said. "It doesn't matter who it is, you have to be ready to go on any given night. That's the thing about the virus: You don't know who's going to get it, why they got it, and what it does to your team. We're trying to bring every along the best we can."

Sandra Rushing's team is tired of playing against each other.

Due to covid-19 restrictions, the University of Central Arkansas won't have any preseason scrimmages and doesn't have any practice-only players to go up against.

"We've had to adjust with a lot of things in practice, like everybody across the country," Rushing said. "I like the energy that this team has. They're coachable. And there's been a lot of teaching because we signed a lot of new players. But we also have seven returning, which helps because they know the system and they're able to help the new players."

Of those seven returning players, Rushing specifically pointed out junior guard Romola Dominguez. She played in 28 games last season, averaging 4.2 points and 1.6 rebounds per game and is expected to start again this season.

"I think at different times people can lead this team," Rushing said. "I've got a couple vocal players and then I've got other players that lead by example. I think [Dominguez] has done a tremendous job of speaking up, trying to lead this team and helping the new players.

"I'm also absolutely excited about our freshman, Ruth and Jayla. Now, being freshman, their heads are spinning. But they're doing a tremendous job adjusting to the pace of the game. Their work ethic is unbelievable."

UCA's freshmen will be thrown into the fire right off the bat, having to face Baylor in their season opener Nov. 25. It won't get much easier from there as UCA will face TCU, Arkansas, Mississippi State and UALR before Southland Conference play.

"This is the hardest schedule that I've had here at UCA," Rushing said. "We always prepare for a championship. It's not going to be a very good measure early for us. When we play Baylor, I want us to get the experience of playing on the big stage, compete the best we can at our level to get better." 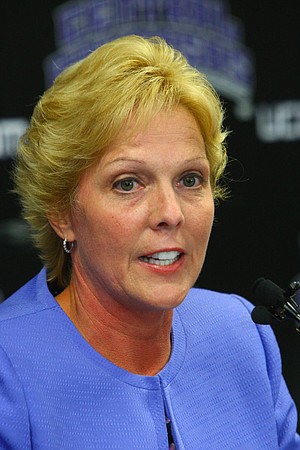