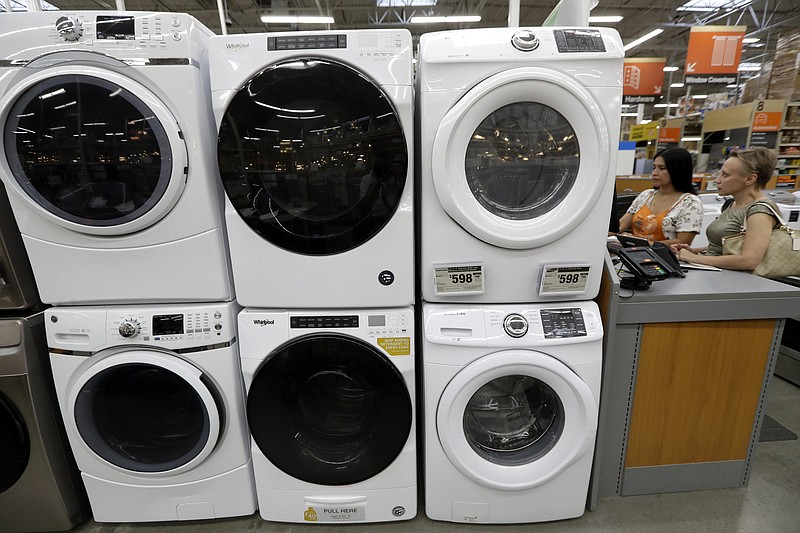 FILE - In this Sept. 23, 2019, file photo, clothes dryers, top, are stacked on top of washing machines at a Home Depot store location, in Boston. Orders to U.S. factories for big-ticket manufactured goods increased a weak 0.4% in August following a much larger July gain. The Commerce Department reported Friday, Sept. 25, 2020 that the August advance marked the fourth consecutive increase but was far lower than the 11.7% surge seen in July. (AP Photo/Steven Senne, File)

Bookings for durable goods -- or items meant to last at least three years -- increased 1.9% from the prior month after a revised 0.4% rise in August, Commerce Department data showed Tuesday.

The increase was the best gain since an 11.8% surge in July, the department said.

Core capital goods orders, a barometer for business investment that excludes aircraft and military categories, rose 1% in September, also more than forecast, after an upwardly revised 2.1% advance a month earlier.

The value of core business goods orders climbed in September to $68.7 billion, a six-year high.

While the activity was significantly greater than the modest 0.5% advance many economists had been expecting, U.S. factories continue to face significant headwinds.

"While the September data are positive, the risk to the manufacturing sector now comes from surging virus cases that could result in supply chain disruptions, weigh on demand and slow the pace of rebound going forward," said Rubeela Farooqi, chief U.S. economist at High Frequency Economics.

The pace of durable goods orders has slowed after an initial burst in demand as the country re-opened after shutdowns in the spring to contain the virus. In addition to the new surge of infections now underway, analysts are worried that any boost from the $3 trillion in support Congress passed in the spring is fading. Congress so far has been unable to renew programs to renew unemployment benefits and provide support to small businesses.

For September, orders in the volatile transportation sector rose 4.1% with demand for motor vehicles and parts rising 1.5%.

Even orders in the troubled commercial airline industry were up by $1.8 billion after having fallen $3.2 billion in August as many airlines struggling to cope with weak travel demand cut back on previous orders. Boeing Co. reported no orders in September, compared with 8 in August. Bookings have evaporated this year as Covid-19 curbs air travel and the plane maker tries to get its 737 Max program back on track.

Orders for computers and related products fell 3.1% in September but demand for primary metals such as steel rose 4%.

Other factory data have been mixed. While a recent report from the Federal Reserve manufacturing output fell in September, it followed solid increases in the previous four months. Regional figures from the Fed banks of Philadelphia, Dallas and Kansas City have shown faster paces of growth in October.

Orders for durable goods totaled a seasonally adjusted $237.1 billion in September. For the first nine months of this year, orders are down 10.1% from the same period in 2019.

Information for this article was contributed by Martin Crutsinger of The Associated Press and by Katia Dmitrieva of Bloomberg News. 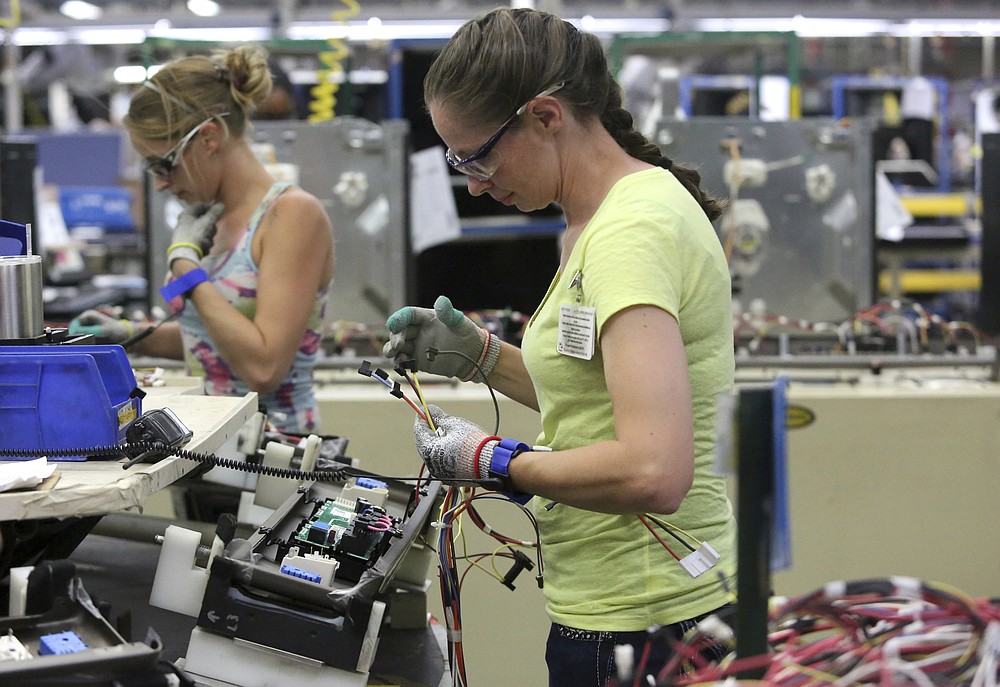 FILE - In this Sept. 20, 2019, file photo, Maurine Carter works on the wiring of a stove in LaFayette, Ga. Orders to American factories for big-ticket goods rebounded last month from a disastrous April as the U.S. economy began to slowly reopen. The Commerce Department said that orders for manufactured goods meant to last at least three years shot up 15.8% in May after plunging 18.1% in April.(Erin O. Smith/Chattanooga Times Free Press via AP, File)
ADVERTISEMENT