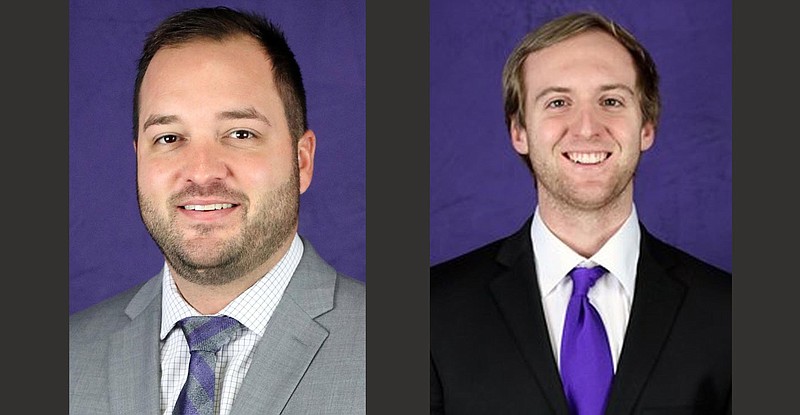 University of Central Arkansas football Coach Nathan Brown emphasizes special teams play -- in the meeting room, on the practice field and with the personnel he uses.

"We play starters on special-teams units," Brown said. "You're not going to tell me you're tired and take a play off on special teams and think you're going to go out there and play on defense."

UCA's special teams face an extreme test at 3 p.m. Saturday when the Bears (3-4) take on Missouri Western (0-0) at Estes Stadium in Conway.

The Griffons are making their season debut, one of a handful of Division II teams to attempt to play amid the covid-19 outbreak, but sophomore kick returner Trey Vaval will not take the Bears by surprise.

"He's an explosive returner," Howard said. "He's a real good returner we're going to have to be conscious of and be aware of. And that's for sure."

One of the reasons Howard is confident in UCA's ability to slow down Vaval is the quality of players the Bears use on their punt coverage, led by senior cornerback Robert Rochell, an FCS All-American.

"We've got our best on their best," Howard said. "And Saturday we'll find out who the best is. That's what it will boil down to."

Howard said one of the keys to being successful on special teams is Brown's commitment to it -- both in time spent practicing and talent used.

Beyond Rochell, sophomore wide receiver Tyler Hudson (38-554, 4 TDs) is the centerpiece of the Bears' punt-return team. Hudson returned a Missouri State punt 57 yards for a game-winning score one month ago.

"We have plenty of examples where we have shifted momentum on special teams," Hudson said. "I don't think anybody emphasizes it more than we do.

"Our coach tries to get us to dream about it, scoring touchdowns on special teams or forcing a turnover. There is just example on top of example of how important it is. Huge deal."

Hudson, along with defensive end Logan Jessup, say it's not only the commitment the coaching staff puts on special teams, but the way Howard, who also coaches wide receivers, teaches it.

Jessup, who leads the team with 41/2 sacks, participates as a blocker on field goal and extra-point attempts.

"He really focuses on the little things, stuff the normal football fan may not notice," Jessup said. "He breaks it down to simple things, simple jobs."

"You make one block at a certain angle, on a certain yard line, you do that, and you'll score," Hudson said. "Lot of little jobs. You do this, something big will happen."

Howard meets with special teams every day, starting Tuesday during game weeks, and Brown said he sets aside 10-15 minutes for each sector of special teams on Thursdays.

"I know for me personally, for me to be able to sleep at night, I want to spend an adequate amount of time on that unit," Brown said.

"To have good special teams, you've got to have a head coach that realizes the importance of it," Howard said.

Howard praised the effort and diligence of special-teamers Trenton Dunn and Justin Meadows, who excel in their roles as blockers and tacklers, but also noted the Bears have the specialists to make a difference.

Place-kicker Hayden Ray (11-15 field goals, 17-18 extra points), deep snapper Justin Keijers and holder Will Siler are all key pieces, along with punter Seren Hughes-Ford, who has averaged 45.9 yards on his last 14 attempts.

Brown said there is no complacency about trying to stop Vaval.

"Trust me, our full attention has been on this young man and his ability as he proved time and time again," Brown said.