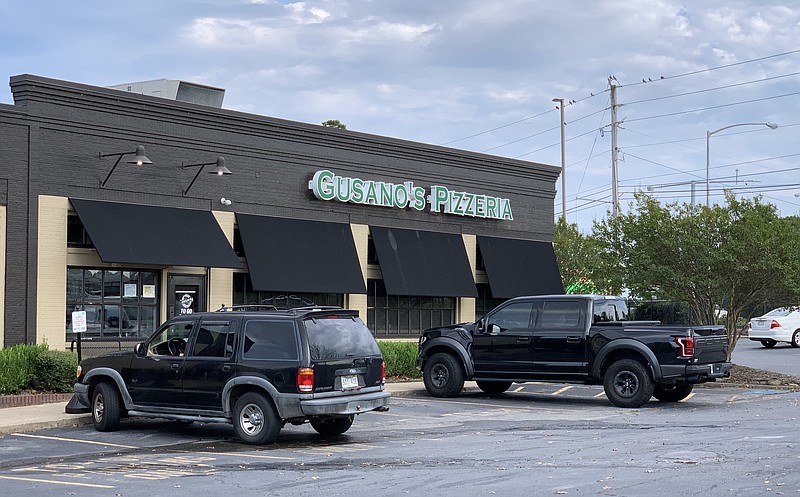 A.W. Lin's reopened its downtown Little Rock location, 309 Main St., on Tuesday for dine-in and carry-out, plus third-party delivery. The menu, you may recall, is predominantly Chinese but with pan-Asian (Thai, Japanese, etc.) elements. Hours are 11 a.m.-8 p.m. Monday-Thursday, 11 a.m.-9 p.m. Friday and Saturday. The phone number is (501) 539-0986; the website, which it shares with its original location in the Promenade at Chenal, 17717 Chenal Parkway, Little Rock, is awlins.com; and the Facebook page is facebook.com/AwLins.

Neighboring Samantha's Tap Room & Wood Grill, 322 Main St. could open as early as today, but co-owner Chris Tanner says he's still gathering staff and could more likely open Tuesday. Meanwhile, Tanner says his opening weekend at The Oyster Bar, 3003 W. Markham St., in Little Rock's Stifft Station "went great." You will recall Tanner opened up on Aug. 27 and Saturday, letting folks reserve tables for the evening and offering a prix-fixe, $38 menu of grilled oysters, gumbo and shrimp. He pretty much sold out, and "There were a lot of big tables," Tanner says. Several parties showed up without reservations, he says, but he was not able to accommodate them because he had cooked to reservation-order. He's anticipating selling out again this weekend, today and Saturday — "we have a few seats available for each night," and he'll be serving grilled oysters, catfish and wild-caught Gulf white shrimp, $38 per person plus alcoholic beverages and gratuity, with live music. Reservations cover the entire evening, 5:30-10 p.m. He's still anticipating down the line adding one or more nights. To book a table, call (501) 666-7100.

Gusano's Chicago-Style Pizzeria opened Monday in the former Grub's Bar & Grille, in the Village at Pleasant Valley shopping center, 10700 N. Rodney Parham Road, Little Rock — note that we don't say "reopened," because it's a branch of the Rogers-based chain that had its origins in Little Rock, but is not affiliated with the operation on President Clinton Avenue in the River Market that closed in January 2019. Hours are 11 a.m.-9 p.m. Sunday-Thursday, 11 a.m.-10 p.m. Friday-Saturday. For the time being, it's open for carry-out and curbside pickup only. The phone number is (501) 313-2085. The website, gusanospizza.com, does not yet list the Little Rock location, but the menu is the same. The Facebook page is facebook.com/gusanoslr. Gusano's got its start in Little Rock in 2004, and subsequently opened outlets in Bentonville, Fayetteville, Rogers, Bella Vista, Springdale and Fort Smith in Northwest Arkansas, and in Texarkana and in Joplin, Mo. Outlets in Conway and Pittsburg, Kan., have also closed.

Loca Luna, 3519 Old Cantrell Road, Little Rock, has reopened its patio and dining room for dine-in service, dinner and by reservation only — 4:30-8:30 p.m. Tuesday-Saturday, but with "Saturday-Sunday Brunch Coming Very Soon," according to an email blast to patrons. And yes, they'll continue to do to-go orders. Call (501) 663-4666.

The chimney is up, work is in progress on the asphalt on the west side of the restaurant at 5100 W. Markham, Little Rock, where the drive-thru pends, and Black Angus owner Karla Creasey posts on Facebook (facebook.com/blackanguslittlerock), "I cannot wait to see how this finishes out! Just a few more weeks." The delay, she says, is largely the result of all the rain we've been getting lately. It looks from the Facebook page like she's planning to keep the restaurant's longtime phone number, (501) 228-7800; the website is blackanguscafe.com.

Cantina Cinco de Mayo Mexican Restaurant No. 4, 16732 Interstate 30 North on the frontage road, was heavily damaged by a fire that also affected the adjacent OYO Hotel on Aug. 27. Employees reported encountering smoke that originated either at the back of the restaurant or in hotel meeting rooms attached to the back of the restaurant. Passing motorists also reported flames behind the restaurant. The fire was reportedly still burning at 10 a.m. the next day. No reports by deadline that we've encountered on the cause of the blaze or the extent of the damage. A call to the restaurant phone number, (501) 794-6766, produces only a recorded message that the number has changed and the new number is unknown. Posts on the Facebook page (facebook.com/cantinacincodemayo4) redirect customers to the No. 2 location, 10900 Stagecoach Road, Little Rock. The website is cantinascincodemayo.com.

Spring 2021 is the target for the opening of the Tacos 4 Life outlet going into the former Mexico Chicquito building a 13924 Cantrell Road, Little Rock. We've previously reported that it'll be part of a new strip center currently under construction.

We somehow missed the mid-May opening of Catrina Taqueria Cantina at 13121 Arkansas 107 at Brockington, Sherwood. Hours are 10 a.m.-9 p.m. Monday-Saturday, 10 a.m.-3 p.m. Sunday. The phone number is (501) 819-0796; the website is catrinataqueriacantina.com; and the Facebook page is facebook.com/TaqueriaCatrina.

And speaking of Sherwood, The Humble Crumb, "a tiny boutique community bakery," 100 Loop Road, is now open for drive-thru service 6 a.m.-1 p.m. Thursday, Friday, 7 a.m.-1 p.m. Saturday. serving cinnamon rolls, iced coffee, chicken salad, cookies, cakes and scones "just to name a few favorites." Give them two to three hours notice if you're placing an order for more than a dozen cinnamon rolls because they bake to order. The phone number is (501) 251-4186, the website is humblecrumbbakery.com and the Facebook page is facebook.com/TheHumbleCrumb.

Jerry Pillow, 85, founder and namesake of Jerry's Steak House, 424 Arkansas 463 South, Trumann, died Saturday morning. A post on the restaurant's Facebook page (facebook.com/jerryssteakhouse) says the restaurant will close Monday-Wednesday "to mourn his passing and celebrate his life." Pillow opened the restaurant in 1981 using "a modified backyard grill from Sears sitting in what used to be a fireplace," according to the restaurant website, jerryssteakhouse.com. He retired in September 2000 and his son, Tracy, and daughter-in-law, Kellie, took over the business, and in 2002 put in a 48-inch commercial grill and a ventilation system; in 2003, they bought the building next door, added a door in between the two buildings and reopened the new building in 2006.

And the El Dorado Advertising & Promotions Commission and El Dorado Insider magazine, a quarterly community guide, have set up the El Dorado Food Festival, a nine-week promotion designed to drive business to El Dorado eateries, through Oct. 31, More than 20 area restaurants are participating; most of them are listed on the website, Eldofoodfest.com. Don Hale, owner of The Diamond Agency and publisher of the Insider, with the support of the El Dorado Advertising & Promotions Commission, is placing billboard ads, initiating a radio campaign and printing more than 10,000 coupon booklets, along with a 30-page section in the magazine (and also to be inserted in the El Dorado News-Times) highlighting dining options in El Dorado with coupons from participating restaurants, each with a registration form to win a $500 cash prize. Other giveaways are planned.