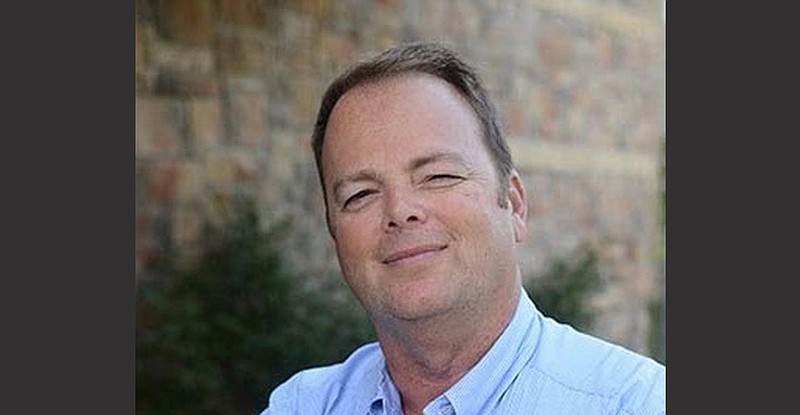 If not for a 1904 tornado in Little Rock, horse racing in Arkansas might look much different than it is today.

Clinton Park in Little Rock was formed under the ownership and management of the Arkansas Jockey Club in 1891 and continued to race into the early 20th century. The track was part of the winter-racing circuit where horses that previously raced at New Orleans were shipped.

The week-long meet in April of 1891 was advertised in the March 15 edition of the St. Louis Republic newspaper.

The track was built from an investment of $25,000 from nine area business owners and was located west of what is now the Bill and Hillary Clinton Airport. It featured 300 stalls.

After the meet at Clinton Park, horsemen would ship horses to tracks in Memphis, Nashville, Lexington, Louisville and Latonia, Ky., leading up to the Kentucky Derby, Preakness and Belmont.

Hot Springs and Arkansas horse racing historian Lanny Beavers, who has documented numerous race tracks in Arkansas back to the early 1800s, said Clinton Park was "very well known at the time."

"Like Oaklawn today, it was one of the premier tracks during the winter circuit for the Triple Crown," Beavers said.

While the first recognized Arkansas Derby by Oaklawn Racing Casino Resort in Hot Springs ran in 1936 and had a $5,000 purse, it was not the first time the race had run in the state or at Oaklawn.

The 1892 meet at Clinton Park provided the first running of the Arkansas Derby. Pescador crossed the finish line first, running the mile race in 1:47 3/4 for a purse of $2,700. Today's Arkansas Derby is run at 1 1/8th miles.

For additional income, Clinton Park was also used for football games in the fall of 1892.

"They actually called them cyclones back then," Beavers said. "It damaged the grandstand and part of the fencing."

"There's a chance if that tornado never came through Little Rock in 1904, the Arkansas Derby could be running out next to the airport in Little Rock [today]," Beavers said.

Ownership of the Clinton Park changed in 1898 when the governing body for horse racing The American Turf Congress recognized that the Little Rock Jockey Club had changed its name to the Arkansas Jockey Club. A conglomerate called C.A.T. headed up by Louis Cella, Samuel W. Adler and C.A. Tilles took over ownership and changed the name of the club.

"The Cella family could be running races and could be running a giant casino in Little Rock instead of Hot Springs," said Beavers, who is part owner of the Hot Springs Gambling Museum. "Who knows? But one weather storm in 1904 changed horse racing forever in Arkansas."

Clinton Park featured a half-mile working track and a mile track for horse racing. A map of Little Rock showing an outline of the track was published in the Arkansas Democrat in 1893.

With no parimutuel betting available, bookies -- who were known as plungers -- took wagers.

Most of the jockeys during the time were Black and Alonzo "Lonnie" Clayton, who followed his brother, Albert into the riding profession, was one of the most successful jockeys in the 1890's.

"Lonnie Clayton was one of the most famous African-American jockeys," Beavers said.

He was the youngest jockey to win the Kentucky Derby at age 15 when he was aboard Azra in 1892. He won the Arkansas Derby at Clinton Park in 1895 with Laureate. It was one of Clayton's 144 wins for the year.

In addition to his Kentucky Derby victory, Clayton had three other mounts in the Derby with two seconds and a third. He also won the Kentucky Oaks in 1894 and 1895.

Born in Kansas City, Mo., in 1876, Clayton and his family moved to North Little Rock when he was 10 years old.

The Arkansas Gazette reported Clayton signed a contract worth $6,000 with Pastime Stable in 1894. That's roughly about $180,000 in today's money.

His success allowed him to build a home the Arkansas Gazette described in 1895 as the "finest house on the North Side." The home at 2105 Maple St. in North Little Rock was listed on the National Register of Historic Places in 1990.

Clayton was inducted into the Arkansas Sports Hall of Fame in 2012.

"Umbrella Bill" McGuigan, who was originally from Essex Valley in Ottawa, Canada, was a shady character who would make Arkansas horse racing history at Clinton Park after moving to Hot Springs around the 1890s.

"He was a very colorful individual," Beavers said. "He was a short man. He was a trotting jockey and he was caught cheating in Philadelphia. He would get banned at a track and would move from track to track. He would change his name. He might be McGuire or MacLain, MacBride, he might be MacAfee at a different track. He was going all over and trying to hide."

McGuigan's past caught up with him and he was forced to leave the Northeast. He found his way to Hot Springs where he bought 104 acres of land to be used as a training facility for his Hot Springs Stables.

"Hot Springs was notoriously known for being an open city and that means people with a little shady background weren't so frowned upon," Beavers said. "So he shows up in Hot Springs and uses the name Bill McGuigan."

McGuigan's filly Lady Inez won the 1896 $2,000 guaranteed Arkansas Derby in front of 3,000 fans. Weeks later, Inez's stablemate Ben Elder went on to be the first Arkansas Derby horse to run in the money at the Kentucky Derby while going off at 15-1 odds and coming in second to even-money favorite Ben Brush by a nose.

The race was the first year the Derby was run at a a mile and a quarter, the length it remains today instead of the previous mile and a half. Clinton Park ran in the black at the 1896 meet with a surplus of $1,500 compared to a deficit of $2,000 in 1895.

Despite his suspicious character, McGuigan was elected to the Arkansas General Assembly as a state representative in 1899.

Because of his horse painting shenanigans, McGuigan would contribute to horses having to be tattooed on the inside of the lip to help prevent fraud in the sport.

"They did not start tattooing of horse racing until 1947 and it was because of people like Bill McGuigan," Beavers said.

"Hot Springs had three race meets in 1905," Beavers said. "They had Essex Park that ran followed by Oaklawn Park and then the Clinton Park management. ... Shortly after that in 1905, Louis Cella bought controlling interest of Oaklawn Park."

Cella, Adler and Tilles decided Clinton Park was so damaged by the tornado that they didn't reopen the track.

Cella teamed with John Condon and Dan Stuart to form the Oaklawn Jockey Club in 1904 and began racing on Feb. 15, 1905.

Numerous homes stand where Clinton Park was once located and is now called Clinton Park Addition. When traveling the neighborhoods, one will travel on roads named after horses or officials associated with the track.

"After the tornado, the park remained open for several years because they had stalls they would keep race horses," Beavers said. "Shortly there after, Louis Cella bought controlling interest in Oaklawn Park. Clinton Park was razed, sold and re-platted as Clinton Park Addition that exists today."